The creators of the sci-Fi series “Black mirror” continues to bombard us VIDOS, dedicated to the 4th season of the show. We already know that episode Arkangel will talk about what can turn in the future, the parent Hyper. Well, Crocodile tells the detective story, which investigated the causes of the accident, only the main evidence here is the memory, and she is known to be subjective.

And finally, judging by the latest trailer, episode, titled Black Museum (Black Museum) presents us with the location to which the exhibits are about violent crime. With the help of some devices you can see these events, to relive them, but it is unlikely that this can pass for human without a trace.

He orchestrated a series of Colm McCarthy, who made last year’s dramatic zombie horror “a New era of Z”. For the script, as always, meets Charlie Brooker.

Starring in “the Black Museum” was performed , Leticia Wright (Doctor who) and Douglas Hodge (“Scary tales”).

Release date of the fourth season, is still not known, but the abundance of trailers makes you think that this will happen in the near future. 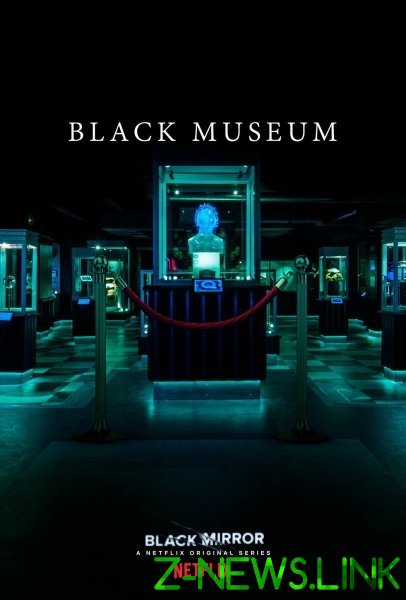