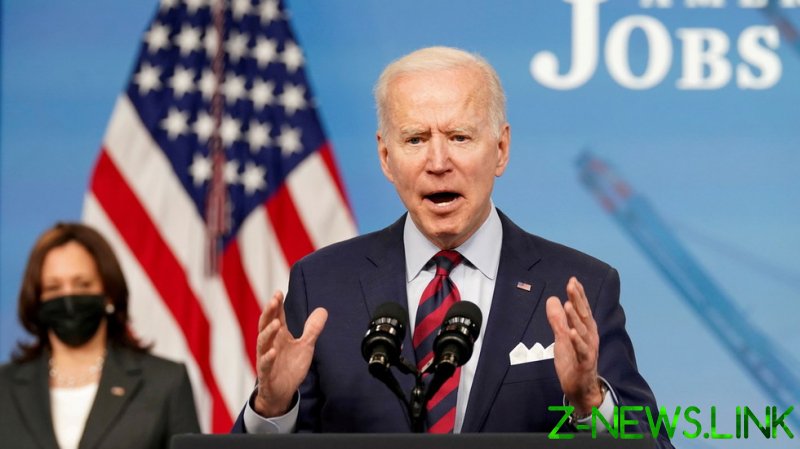 In a Tuesday Twitter thread, the Black Lives Matter organization called for Biden to end the 1033 program, otherwise known as the Law Enforcement Support Office, which allows for the transfer of military surplus equipment to local law enforcement agencies. While this can at times be weaponry, it also includes mundane “coffee makers, electrical wire and cargo containers,” according to a report from The Washington Post.

“Biden’s first 100 days are up in 10 days. By then we need him to #End1033, which transfers military equipment into the hands of police across the country– including school & campus police. Another example? The military you see out on your streets ahead of the Chauvin verdict,” the group tweeted.

They followed up by accusing Biden of sending “more military equipment” to black neighborhoods than Trump, who was heavily critical of Black Lives Matter protests that turned violent.

“Biden is currently sending more military equipment to our neighborhoods than Trump did. You read that right. Our communities are being terrorized at a greater rate than they had been under Trump,” the organization tweeted, adding a link to a petition calling for an end to the 1033 program.

Critics on social media have mainly mocked BLM for the critique of Biden, citing past criticism of Biden’s political record on criminal justice and suggesting they shouldn’t be surprised.

In a statement on their website, the group describes police as “violent upholders of white supremacy that have no regard for Black life” and urged Biden to “end the 1033 program altogether” with the “stroke of a pen.”

National Guard troops have been deployed in places like Minneapolis, which saw protests turn violent in the wake of the recent shooting of Daunte Wright.

Though Biden has shown support for the Black Lives Matter movement, he has stopped short of endorsing ideas like ‘defunding the police.’ Talking after Chauvin was found guilty in the murder of George Floyd, Biden called for police reforms himself, including the passage of the George Floyd Justice in Policing Act which would, among other things, ban chokeholds and carotid holds.