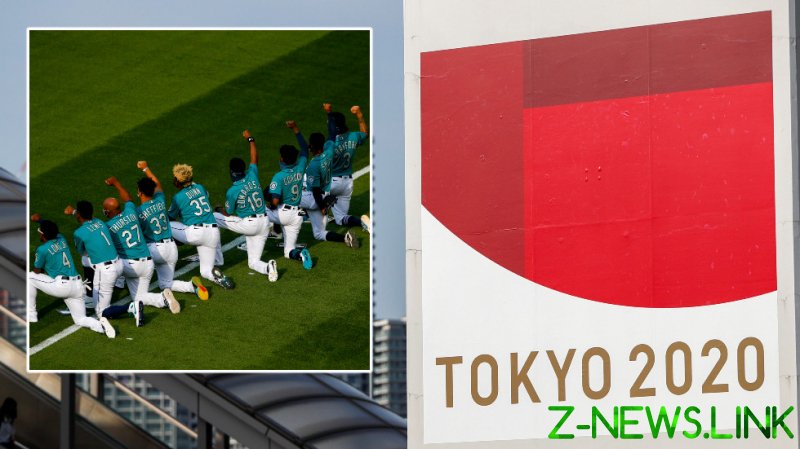 A new version of International Olympic Committee (IOC) guidelines, produced to provide “further clarity and guidance” to athletes, gives stars the “opportunity to express their views” in areas including media zones and centers, at press conferences and on social media.

In a potentially telling section for competitors planning to repeat the kneeling gesture that has become prevalent across sports, athletes have been told that they can air their views on the field before the start of events or during their individual or team introductions.

While the taking of the knee in support of the Black Lives Matter campaign has won high-profile backers, including the England football team during the current Euro 2020 finals, its critics have described it as a virtue-signaling political tool that is out of place in sporting arenas and achieves division rather than value.

The guidelines added that any expressions of views made by participants need to be consistent with the Fundamental Principles of Olympism.

That includes not being targeted “against people, countries, organisations and/or their dignity” and not being “disruptive” – such as taking place during another team’s anthem or introduction.

Those points could cause concern to observers who share similar views to Viktor Orban, the Hungarian prime minister who said that kneeling before matches was “incomprehensible” to his nation’s culture, declaring it a “provocation”.

“When expressing their views, athletes are expected to respect the applicable laws, the Olympic values and their fellow athletes,” stated the guidance.

“It should be recognized that any behaviour and/or expression that constitutes or signals discrimination, hatred, hostility or the potential for violence on any basis whatsoever is contrary to the Fundamental Principles of Olympism.”

Disciplinary procedures could be enacted if the conditions in the guidelines are not met, with the IOC pledging to handle any cases “in full transparency”.

More than 3,500 athletes across gender-equal representation are said to have contributed to the shaping of the rule changes, representing 185 different National Olympic Committees and all 41 Olympic sports.

“The new guidelines are a result of our extensive consultation with the global athletes’ community,” said Kirsty Coventry, the chair of the IOC Athletes’ Commission.

“While the guidelines offer new opportunities for athletes to express themselves prior to the competition, they preserve the competitions on the Field of Play, the ceremonies, the victory ceremonies and the Olympic Village. This was the wish of a big majority of athletes in our global consultation.”

The rescheduled showpiece is set to start on July 23.