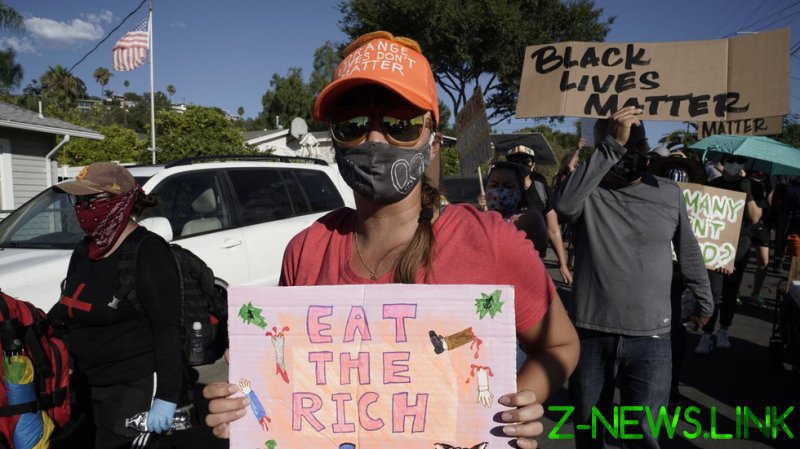 Cullors, 37, announced on Thursday that she will be “transitioning” from her role at BLMGNF, and focusing on a book and TV deal, according to the New York Post.

“I’ve created the infrastructure and the support, and the necessary bones and foundation, so that I can leave,” she said. “It feels like the time is right.”

BLMGNF confirmed Cullors will be “transitioning” from her role on Friday and that she named two senior executives to replace her. Among her achievements, the Foundation listed establishing a PAC that has donated $746,000 to “elect Black liberation candidates” and donating “almost $25 million to Black-led organizations and Black families around the country,” including $3 million during the pandemic.

Earlier this year, property records showed that Cullors has purchased four mansions worth $3.2 million combined, including a $1.4 million home in Topanga Canyon, a wealthy area of Los Angeles where the population is only 1.4% black.

Cullors insisted her departure has been in the works for some time, and has nothing to do with the controversy over her recent purchase of several multi-million-dollar homes, for which she has been widely criticized.

“Those were right-wing attacks that tried to discredit my character, and I don’t operate off of what the right thinks about me,” she said.

Left unaddressed was the criticism from Black Lives Matter chapters around the US, which have been complaining since December that the Foundation has raised tens of millions in 2020, but doled out only crumbs to the grassroots rank-and-file.

Cullors co-founded BLMGNF in 2013, along with activists Alicia Garza and Opal Tometi. In a 2015 interview, she described the trio as “trained Marxists… super-versed on, sort of, ideological theories.”

“With smart, experienced and committed people supporting the organization during this transition, I know that BLMGNF is in good hands,” said Cullors. “The foundation’s agenda remains the same — eradicate white supremacy and build life-affirming institutions.”

Support for the Black Lives Matter movement skyrocketed in June last year, following the death of George Floyd in Minneapolis, Minnesota. Protests that erupted quickly turned into riots and spread across the US, attracting millions in donations to BLMGNF via the Democrats’ fundraising platform ActBlue.

While a recent survey showed a drastic decline in popular approval for BLM, its ideology has been co-opted by the Biden administration, with the State Department instructing US embassies around the world to fly the Black Lives Matter flag on the anniversary of Floyd’s death and going forward.