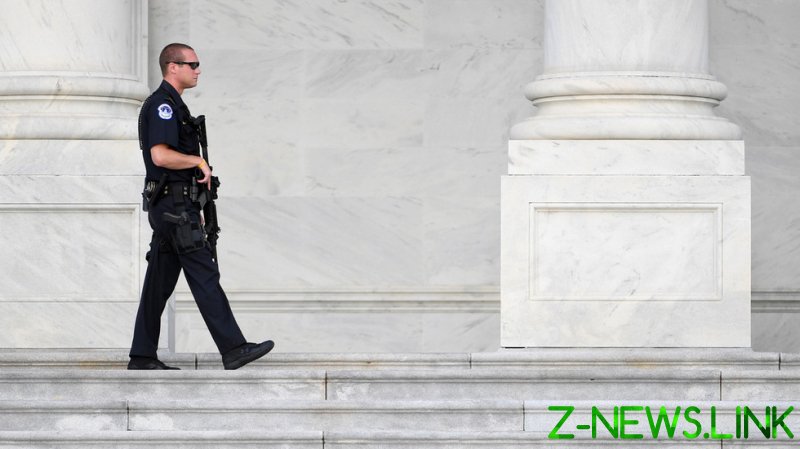 Slashing the police budget for 2021 by $15 million hurt recruitment, resulting in only 42 new hires as opposed to 250 in a normal year, Bowser said on Wednesday. She called for another $11 million to hire and train 20 more officers in the current fiscal year and 150 in 2022. The proposal is unlikely to be approved by the city council, however.

Bowser and Chief Robert Contee of the Metropolitan Police Department (MPD) also complained that federal prosecutors – who have jurisdiction in the capital – still haven’t pressed charges in more than 2,000 cases, and that the courts, closed due to the pandemic, still haven’t reopened fully.

“No matter how you look at it, the system is not working at full capacity, and that means justice is delayed,” she said.

Some 112 people have been murdered in the District so far this year, one of whom was the six-year-old Niyah Courtney, killed in a drive-by shooting earlier this month. Contee named the suspect as the 22-year-old Marktwan Hargraves, and said the killing may have been related to drug trafficking Courtney’s father Nico Griffin was charged with.

In a letter to council members last week, Bowser already called for “a strong, sustained police presence,” citing “a sustained increase in gun violence” over the past year.

Washington’s African-American residents have long complained that the city is neglecting the high levels of crime and violence in the southeastern parts of the city where they overwhelmingly live. By contrast, last week’s shooting on a street lined with swanky restaurants, patronized by the District’s wealthier residents, attracted national media attention.

Bowser’s turn on crime came after a year of advocacy on behalf of groups like Black Lives Matter, who have openly called for “defunding the police” and described policing itself as intrinsically racist. Last July, during the riots outside the White House, Bowser had a street corner named Black Lives Matter Plaza and had city workers paint the words along a stretch of 16th Street Northwest.

In March this year, she reacted to the gruesome carjacking and killing of an Asian-American Uber driver outside the Washington Nationals stadium – for which two African-American minors were later convicted – by warning residents to be more careful in preventing “crimes of opportunity.”

Meanwhile, the groups calling for defunding and abolishing police have received yet another injection of funds from billionaire Democrat mega-donor George Soros, the conservative-leaning Washington Free Beacon reported, citing federal records. Soros gave $1 million in May to Color of Change, described as a racial justice group that has repeatedly called for defunding the police. It was his largest single political donation in 2021.