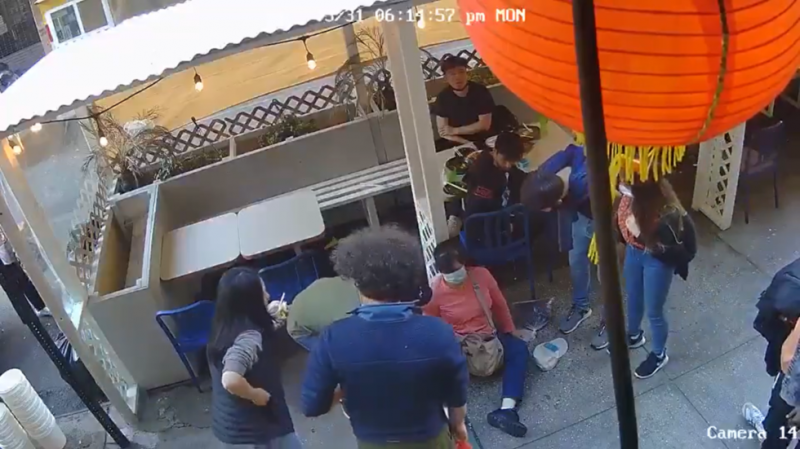 The video, taken from CCTV surveillance footage, showed the man approaching a 55-year-old Asian woman before punching her in the face. The woman then fell motionless to the ground as the man walked off. She was taken to a nearby hospital following the attack.

Wright was soon arrested and charged with assault and committing a hate crime, police told local media. The man is believed to be homeless and was allegedly carrying the drug K2 at the time of arrest.

New York State Assemblymember Yuh-Line Niou – whose Lower Manhattan district includes Chinatown – revealed following the incident that the victim was “conscious and cognizant and alert,” and said “the hate crimes task force has been called in” to investigate.

CBS New York reported that hate crimes against Asian Americans have risen by 353% this year, and a number of prominent attacks have made national US news.