Home / WORLD / Black holes are racist? Space is the final frontier for the woke on their mission to redefine the universe

Black holes are racist? Space is the final frontier for the woke on their mission to redefine the universe 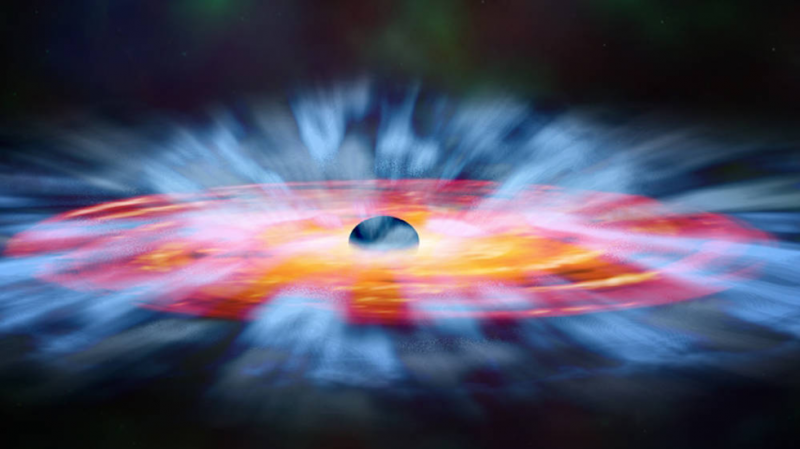 Almost all space is black. ‘Space’, you see: the name is a bit of a giveaway. Scientists say 99.9999999% of everything is, physically…empty. Black. ‘Black’, meaning the absence of light, the absence of color, the absence of matter. Empty. To us mere mortals, that is, to us humans with our inadequate monkey brains and not-very-advanced senses.

So, with this solid fact of human existence in our tiny little minds, surely if space is offensive to anyone, it’s to whiteys like me, no?

Look up at the sky one clear night; how much blackness can you see up there? It is, I’m pretty sure you’ll agree, the most dominant ‘colour’ in the universe. Yes, there are loads of stars and objects such as meteors and satellites and debris and all that whizzing around. That’s just space dust. We’re just space dust, too.

The gaps between those stars are vast – it’s 150 million or so kilometres just to get to the sun from where you’re sitting. And that’s not even very far, not in inter-galactic terms. Those gaps tend to be black, thanks to the absence of matter and the absence of light (to the human eye).

Maybe there’s loads of stuff out there, and other dimensions, too. Wave functions, quantum fields and all that. Dunno. It’s fascinating, but I’m not a theoretical physicist. We can’t see them and we don’t experience them, at least not with our known senses. That’s why space is the perfect tapestry for science fiction dreamers, because he or she can chuck anything out there. It’s a truly blank canvas. How can you prove him or her wrong? Oops, sorry…I forgot gender-specific pronouns are now a no-no. I mean ‘them’ of course.

Wokeys have started to redraw the cosmos with their red pencils, scribbling out names that nobody – aside from them – find offensive. The same as they’re trying to do with British history and such like.

You wouldn’t expect such idiocy from one of America’s top schools, though, would you? Cornell University is an ‘Ivy League’ college, up there alongside Yale, Princeton and Harvard. Famous theoretical physicist Richard Feynman taught there. Alumni include mathematician Freeman Dyson, America’s chief doctor Anthony Fauci and science fiction writer Kurt Vonnegut.

Black holes, say the woke infiltrators at Cornell, are racist. ‘Black’, you see, linked with ‘hole’. It doesn’t sound very nice, does it? Forget the fact that a black hole is a pretty good shorthand description, because it’s a place where gravity is so strong even light cannot escape.

Cornell is offering a new course that we should all immediately sign up for called ‘Black Holes: Race and the Cosmos’. Interested? Here’s the blurb: “Conventional wisdom would have it that the ‘black’ in black holes has nothing to do with race. Surely there can be no connection between the cosmos and the idea of racial blackness. Can there? Contemporary Black Studies theorists, artists, fiction writers implicitly and explicitly posit just such a connection.

Theorists use astronomy concepts like ‘black holes’ and ‘event horizons’ to interpret the history of race in creative ways, while artists and musicians conjure blackness through cosmological themes and images.” Incredible. And all to a musical soundtrack from Sun Ra, Outkast and Janelle Monáe.

Oh God. In space, so the tagline went in the movie ‘Alien’, “nobody can hear you scream.” Well, here goes anyway: “Aaaaaagh!” Where do all these navel gazers come from? Never mind space, how about the fluff inside your own belly button? Why aren’t you studying something worth a damn? Shouldn’t you be focusing on stopping the world from ending?

And if we’re going to reassess black holes, what about white dwarves? That’s not a very nice name, is it? White dwarves are stars that have burnt out all their fuel. Our sun is on the way to becoming one, but don’t worry, you can still finish your coffee – it’ll take a while. Personally, as a white guy, I’m not offended by the ‘white’ in ‘white dwarves’. Is anyone? Plus, anyway, the sun is gonna do her thing, with or without your consent. She doesn’t give a sh*t if you’re offended.

This Cornell nonsense isn’t the first infection of the universe from the woke crowd wielding their red pens, though. Of course it isn’t. Don’t be silly. Last summer NASA announced plans to change “harmful and insensitive” planet and galaxy nicknames “as part of its commitment to diversity, equity, and inclusion.” First on the list were the ‘Eskimo Nebula’ and the ‘Siamese Twins Galaxy’, following a glut of precisely zero complaints from natives who live out in the cold around the Arctic Circle or from twins born conjoined.

“Space: the final frontier,” so it goes in the original opening monologue of Star Trek from the late 1960s, “to boldly go where no MAN has gone before…” Oops. Red alert! Sound the alarm! Woo! Woo! Woo! What really should have been said, of course, was where no “person” has gone before. We don’t want to offend all those trans people out there beyond the Kuiper Belt.

But don’t panic, wokeys, it was edited to ‘no one’ for later Star Trek missions. No need to tap furiously at your keyboard and launch (yet another) Twitter attack. Mission accomplished. But what are you gonna do about Neil Armstrong’s words when he stepped on the moon in 1969? “That’s one small step for BLEEP, one giant leap for BLEEPkind.”

A black hole may very well be a point where gravity is so strong that even light cannot escape. But it seems the woke doctrine is now so strong, even good sense – basic logic and the tools we have at hand such as our language – cannot escape, either.