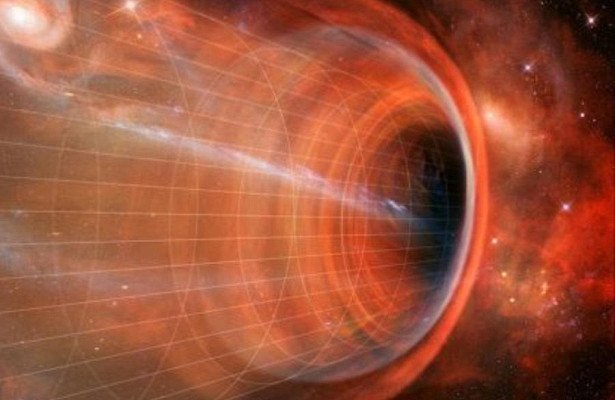 In a new study published in the journal Nature, the astronomers describe six mysterious objects orbiting the Central black hole of our galaxy. According to the authors, an anomalous objects named G1-G6, look like elongated blobs of gas several times more massive than Earth. Despite its small on a cosmic scale, the size of the discovered objects behave like little stars that pass dangerously close to the edge of a black hole without being ripped to shreds.

What might those intrepid space objects: blobs of gas or a star? According to the authors of the study, the strange objects might be and those and others. Thus, each detected object G can be a pair of binary stars that are millions of years ago were defeated by the powerful gravity of a black hole. Andrea Ghez, Professor of astrophysics at the University of California and co-author of the study, believes that black holes may lead to the merger of binary stars. The rationale for such hypotheses was the analysis of the orbits of the first two detected objects G which followed a strikingly similar orbit around Sagittarius A*.

Interpreting beams of gas as the remains of the unfortunate dead star suffered because of the gravitational effects of a black hole heavy duty, located in the neighbourhood, some astronomers expect to see the final destruction of the miniature stars as a result of their absorption of Sagittarius A in 2014. However, much to the surprise of scientists, nothing of the sort happened, and “nedospaty” miraculously survived within a few hundred astronomical units from the black hole. Stretching and Isaias near a black hole, the object G has restored its original shape in a gradual distance from it. Such an unusual behavior suggests that something very powerful is holding a bunch of gas together — that is, the objects G can be full-fledged stars.

To test this hypothesis, the study authors spent several years researching the center of the galaxy from the Observatory W. M. Keck in Hawaii in search of new objects G-type. The team was able to detect four new bundle, which complies with the requirements revolving around Sgr A*. They are all crumpled gravity products are binary stars formed about 5 million years ago near Sgr A*. Perhaps to see how in reality look these objects, we are unlikely in the foreseeable future, however, the discovery of a “crumpled” of stars suggests that the Universe may be hiding even more of the potential mysteries to science of the future.