Home / business / Black division: who went to the Russian land

Black division: who went to the Russian land 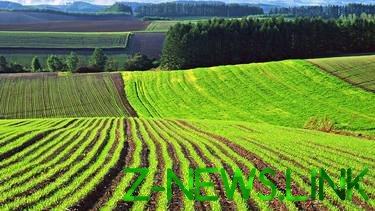 Twenty oligarchs control one-tenth of the total area of the country. The land in this precarious world, the only asset that cannot fade or depreciate.

The Moscow city court rejected the appeal and left in jail the head of Agroholding “Russian milk” (trade mark “Ruzsky milk”) Vasily Boiko-Veliky, who is accused of embezzling funds from the Bank “Credit Express”.

However, the arrest of notorious oligarch remained malozamechennyj for high-profile international events. Follow what is happening, of course, involved persons in Moscow and the population in the Ruza district of the Moscow region, “possessions” Boiko-Veliky. Among them are those who have to the agricultural company, and those who suffered from it. The affected farmers are not interested in the current criminal case (they do not care who, how, from whom and which Bank has stolen or not stolen), and hope for the indirect justice for their opinion. Indirect, because they think that Boiko-Veliky had long been tried for the seizure of their land.

The case was filed in 2006. Initially, the victims admitted more than 4 thousand people – peasants of the seven farms. The damage is estimated at 9 billion rubles.

In 2015, Russia’s Investigative Committee reported on its completion. “Vasily Boiko-Veliky from March to August 2003, as Chairman of the Board of Directors and co-founder of JSC “your financial Trustee” and JSC “Russian milk”… together with partners by deception and breach of trust in illegally acquired property right to ground shares of the former members and social workers of state farms reorganized them. L. M. Dovatora them. Z. Kosmodemyanskoy, “Bogorodskoye”, “Raisin”, “Tuchkovo”, “Anna”, “Progress” and their successors in especially large size for the total amount of RUB 347 million, forged documents to deprive victims of the ability to return stolen property and to compensate the damage caused by it”.

The representative of the RCDS overstepped the official tone, reacting to the emotions and reaching nationwide generalizations:

“It’s such a crafty and arrogant “leaders” bought for a penny throughout the country hundreds of thousands of credulous farmers of their honestly earned land shares. But in this case… justice is done: workers will again be working on their own land, and the “great schemer” waiting for court”.

But we still don’t know the court’s decision. Conflicting information was received from a variety of sources, including the official. Most of the villagers in 11 years, abandoned their claims. From the original 4 million victims left 298 – those who have not agreed to receive compensation from Boyko… In 2016, the case of embezzlement of 25 thousand hectares were closed at the investigation stage for “lack of evidence” before the trial has reached only an episode on the theft of 1.2 thousand hectares of land (damages in the amount of 347 million).

In 2017, the victims appealed to the Prosecutor General with a complaint that the process is deliberately delayed, and because some cases are dismissed due to expiration of limitations. The examination is held once a week, and then postponed because of the illness of any of the ten defendants. One session questioned 2-3 people. And in the case of the 298 victims, not counting the witnesses on both sides.

And still impossible to find in the information field of a specific message of judgment for the land grab. Whether it lasts, whether ended, and if ended, what we don’t know. The mysterious unknown.

See also:  Blockade of Donbass: the first redoubt were under Mariupol

In 1990 the Supreme Soviet adopted the law “On land reform” and “On the farm” – on the allocation of land shares in the collective farms and state farms. All. Including employees of the rural social infrastructure.

In the Ruza district of the Moscow region everyone got an average of 3-4 hectares. Wealth.

But what could make the peasants from the land? No money, no equipment – decrees were not provided neither material nor money loans.

Someone with a strong, became a farmer. And then still many did not survive. In the ten years from 2006 to 2016 the number of farmers has decreased almost in 2 times – from 253 thousand to 136 thousand.

The absolute majority gave their shares in sozdatelnitsa rural enterprises (KSP) is a voluntary semblance of collective and state farms. In those years, I traveled the country, wrote the essays, did the transfer on TV. Directors was shouting that they stifle government taxes and fuel and energy complex.

“We are four times better than steel to work with than in the district! And taxes – 106 percent. This is a robbery! Who needs freedom if it is a beggar!? It is gangsterism, a real robbery!” – was indignant one of my shows Director KSP Basil Greeks from the village of Large Cecere Lipetsk region.

“Who will produce milk, if it is unprofitable, because the diesel fuel, gas and electricity every three months expensive?”, – asked the former Director of the Berezovsky state farm Vitaly Yudakov of Northern Kazakhstan.

“And the meat and the milk we brought for sale to Moscow, we do not take, – said Director Nicholas Foraponov from the Belgorod region. Back wrapped. Taking imported. Why?”

For example, the ratio of former Soviet officials to the farmers it can be understood as a class dislike of “traders” and to freedom in General. But why are they choked like they would close the public-collective quadrant? It’s only “Navara”, which the officials might have received from contracts with foreign suppliers? Or already have the far sight?

In 2002, President Putin signed the law on free sale of land. (According to him, 31 percent of farmland was already running into circulation before the adoption of the law.) It is still in the mid 90s fought by many Democrats, including the well-known publicist-Deputy Yury Chernichenko. “For the majority in the Duma, with the mandate of the Communist party of the free purchase and sale of land is like death – he wrote in 1997. – The majority of pensioners-farmers seriously these units do not perceive: that the Chairman will give, and thank you for a tuft of hay, for half a ton of waste over the bus to the city center. You know whose pie it really is. Purely feudal arbitrariness rustic thin ruling class, which has inherited all the prerogatives of the Old square, the regional committees, district committees of the party… the Property is what it is not necessary to go to any office.”

The same was said by President Putin in 2002: “Those who are in the regions opposed to the sale of land to its citizens, concerned that he distributed the land as they saw fit, and now there is order.”

See also:  In Russia, a man was kidnapped from the hospital machine with Shoe covers

That is, the Democrats and the government defended the interests of ordinary peasants. And what it turned out?

Many, finding themselves in abject poverty, Pomaia with useless land for 10 years, he immediately began to sell it. In 2003 the land was sold for a pittance, including in the Ruza district of the Moscow region, called the Russian Switzerland. “The initiative often came from the peasants themselves: the elderly people wanted to sell their shares to old age to have money to exist, – has told the main local buyer Vasily Boiko (he hadn’t added to his surname his mother’s maiden name – Great). – All of our farmers got huge for Ruza district money: 100-300 thousand rubles.”

So this huge amount of money for 3-4 acres in the most beautiful district of the Moscow region?

And KSP, where gave their shares to the majority, was in debt. In the end, losing the farm was bought on the cheap, along with debt, some financial-industrial group. Together with the earth. When the peasants began to rebel, they were told: “you Have a debt of tens of millions of rubles. To pay the debt!”

Was and premeditated bankruptcy – in collusion. When a wave of deliberate bankruptcies of farms in 2003 swept the Stavropol region, alarmed by President Putin, and appealed to the General Prosecutor that she “checked the application procedure of bankruptcy of agricultural enterprises”.

And – nothing. Without consequences. Districts and the region passed into the actual possession of financial and industrial associations.

“These assets by their aggregate values significantly superior to non-reproducible stocks of our hydrocarbons”, – stated in the report of the panel of experts of the Izborsk club, under the leadership of the Russian President’s adviser Sergei Glazyev.

According to the magazine Forbes in 2018, only the first twenty oligarchs control the 7.9 million hectares – equal to 10% of the total area of Russia. Behind them in the Forbes review of 36 companies. The most expensive, Krasnodar, the land of the family firm “agro”, headed by the former Governor of the Krasnodar territory, the former Minister of agriculture of the Russian Federation Alexander Tkachev – 649 000 hectares worth 68.5 billion rubles.

Of course, numbers of their possessions are approximate. Accurate data from official agencies not to. And while intentional and unintentional confusion in the account of the earth not that Forbes is the devil himself a leg break.

Some farmers who lost their land, and to this day are outraged, organize events, from gatherings in the Odintsovo district of the Moscow region (March 2018) to the hunger strike of pensioners in the village of Kazinka, Stavropol territory (April 2019). Appeal against the decisions of the courts. But it is worth remembering that the legal services of a powerful, wealthy financial-industrial groups, I probably draw up a contract with all the scenarios. In contrast to the legally illiterate rural masses. Then someone realized loss realized it. But, apparently, later. Signed signed.

The land in this precarious world, the only asset that cannot fade or depreciate.