Home / WORLD / Black Americans have a chance to decide the next election. They should use it

Black Americans have a chance to decide the next election. They should use it 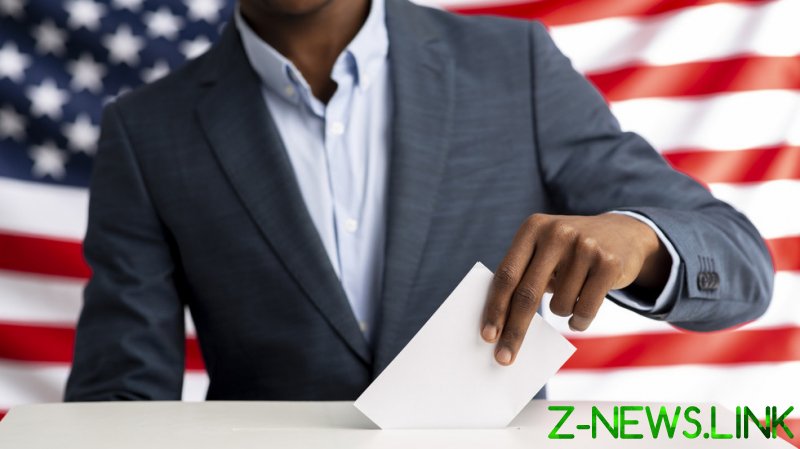 Back in 2008, while covering the ‘Obama election’ for the Mail on Sunday, I wound up in the small town of Woodbridge, Virginia at a John McCain rally as the GOP presidential hopeful battled to hold on to what was traditionally a red state.

Twenty-miles south of Washington DC, with just over half of its 4,000-odd population white, just under a quarter black and some 13% Hispanic, Woodbridge was a lot more diverse than the McCain shindig would have had a casual observer believe, given the sea of blonde-haired blue-eye supporters who hung on the Republican war hero’s every word. But, to bastardise a well-worn saying, never let the truth get in the way of a good political campaign. Even in the racial cauldron that is American politics, despite the homogeneity of your base, it pays to look like you have broad appeal. After all, no one wants to be seen to be racist.

Despite the Woodbridge rally’s demographics, what eventually wound up on TV and in the press was yours truly, along with a select bunch of characters straight out of Central Casting – the ethnically ambiguous wheelchair-bound Vietnam vet, the white guy in a boiler suit with a wrench, the cartoon lesbian couple, the Chicano family, the black retirees – prominently featured in the bleachers surrounding McCain, who ambled onto the stage to the Rocky theme tune. This telegenic ‘diversity and inclusion’ box-ticking exercise was of course designed to con the Kool-Aid-drinking masses at home into thinking, “McCain’s no Klan member: maybe we’re not all racist douche bags after all!” In the political shill game they call this racial makeover ‘detoxification’.

In truth, the estimated 4,000-5,000 supporters at the rally were a true representation of the old school GOP movement, i.e. 95% white. In the event, the ruse didn’t work. Barack Obama took the state – and the nation with it. Some might say that using race politics in such a stage-managed, cynical way is a craven abuse of the electorate’s trust. I’d say it’s just politics; and an achingly conservative form of it, too.

That same year, I had “infiltrated” the future prime minister Boris Johnson’s London mayoral campaign for my book, True Blue: Strange Tales from a Tory Nation and saw first-hand how his team jollied a group of Ugandan and Serbian politicians into his electioneering schtick without any of them being eligible to vote in Britain, let alone have any relationship with London. In fact, when a scuffle broke out between the Serbians and some Labour demonstrators while we were out campaigning in Clapham, south London one afternoon, I became convinced that none of these phoney Johnson supporters probably had any idea what they were even campaigning for.

Fast forward to 2021 and Tuesday’s Virginia gubernatorial election saw Glenn Youngkin beat Democrat Terry McAuliffe, despite Barack Obama joining the campaign trail, to become the first Republican to win a state-wide office since 2009. Aside from both candidates spending about $58 million each on campaign funding for a gig that pays just $175,000 per annum, the other curious feature of the race is the extent to which America’s culture war, and specifically race, is now being called out as what cost the Democrats the election.

“What went wrong is just stupid wokeness,” cried Democratic political strategist James Carville on PBS NewsHour. “Don’t just look at Virginia and New Jersey. Look at Long Island, look at Buffalo, look at Minneapolis, even look at Seattle, Washington. I mean, this ‘defund the police’ lunacy, this take Abraham Lincoln’s name off of schools. I mean that – people see that,” Carville said.

Carville noted that wokeness was having a “suppressive effect all across the country on Democrats” adding, “these people need to go to a ‘woke’ detox centre or something… [they’re] expressing a language that people just don’t use, and there’s backlash and a frustration at that.” Sound familiar? Carville may as well be talking about Britain’s Labour Party and its costly eschewal of working-class concerns in favour of bourgeois identity politics.

By ‘woke’ what Carville means is ‘black’ as he appeared to speak for Democrats who were quick to blame, as always, black voters for not shoring up their vote. However, Virginia’s black vote did hit the streets as planned, with McAuliffe running a close second to Youngkin, a businessman who used $20 million of his own dough to fund his campaign. The smart money suggests that moderate, Trump-wary conservatives simply came out in favour of middle of the road Youngkin, which means black Democrats, understandably, have come out swinging.

“I believe that black voters are easily the first target for when things don’t go how they want it to go,” said Marcia Price, a member of the Virginia House of Delegates who won re-election. “It’s a trash take to look at us and not the middle. The middle said Youngkin is more palatable than Trump and they were willing to take a chance with him.”

Speaking to the New York Times, William Joyner, a 54-year-old Democrat said, “A lot of people are upset with Biden. We have high gas prices. Everything is so expensive right now. Biden made promises to black people he hasn’t kept yet.”

But if armchair psephologists think American and British electioneers take black people for a ride, they should consider how consistently suckered the average white voter is by the broken promises, lies and assorted bullshit they’re fed. Look at the ‘red wall’ saps now being betrayed by the Tories; the Brexiteers facing a Christmas of empty shelves; the Trumpsters who never saw the swamp drained but have certainly seen themselves sunk.

As President Lyndon B. Johnson famously remarked, “If you can convince the lowest white man he’s better than the best coloured man, he won’t notice you’re picking his pocket. Hell, give him somebody to look down on, and he’ll empty his pockets for you.” That, in a nutshell, is the price of a white man’s vote.

Aside from Carville, other forces within the Democrat movement appear to be using black people, under cover of anti-woke rhetoric, to excuse Biden’s ineptitude and the party’s inability to reconcile America’s racial problems following the turbulent Trump years. Writing in The Nation, Elie Mystal said that Democratic “guru” and data analyst David Shor, for instance, had warned that “taking black people seriously after George Floyd’s murder would lead to whites’ leaving the Democratic Party.” This is, of course, despite the fact that it’s the black vote that sent Sleepy Joe to the White House in the first place.

With the Democrats wobbling over race, a gap, albeit thin, has appeared in the voter market for the GOP to appeal to black voters by eschewing the usual optical illusions in favour of simple, pragmatic, anti-race-baiting rhetoric. Amid the presumptuousness that ordinary white folks are tiring of black people ‘bellyaching’ about ‘woke’ race issues, the Republicans need look no further than the Tories to see how to capitalise on the left’s fumbling on race. How? Simply push black and brown candidates to the fore without making race an issue. In other words, rather than take a typically conservative approach that’s preoccupied with not looking racist or firefighting avoidable racist gaffes and half-baked policies, change from within, nurture electable black candidates and make the African-American electorate an offer they can’t refuse.

Republican Winsome Sears, who this week won Virginia’s race for lieutenant governor, is a case in point. A gun-toting, Jamaican emigre and former Marine, Sears beat the Democrat’s Hala Ayala to become the first black woman to hold the position in what is now a trophy state. Alas, for the GOP at least, Sears’ place of birth excludes her from the highest office. But when it comes to the White House, her profile isn’t as whimsical as it sounds. A generation ago, before there was Obama, former George W Bush secretary of state Condoleezza Rice was spoken of as a VP and possibly presidential material. An even more serious contender for the White House was another Bush secretary of state, Colin Powell, who many saw as a shoo-in for Commander-in-Chief.

As Slate magazine recently reminded its readers, “Once upon a time, the Republican Party was the default choice of millions of Black voters.” Nevertheless, the party of Lincoln, the party of the Emancipation Proclamation, the party that effectively sacrificed 660,000 American, mainly white soldiers, in a civil war that helped liberate black people, has become so reactionary that black conservatives are basically politically homeless. Likewise, many black centrists find themselves holding their noses and defaulting to the Democrats through lack of options.

With the GOP retaking Virginia, the stakes couldn’t be higher for next year’s midterms. The Republicans could adopt a business-as-usual approach and, as the New York Times reported, just bank on the sort of cynical campaign strategy that saw radio ads play on local stations during the Virginia gubernatorial race urging black voters not to back McAuliffe “because Democrats cared about black communities only during election season.” This is a risky strategy, as is allowing Trump back into the fold when a more moderate GOP can grab the centre ground and bring black voters back into the fold who are fed up with being used by the left. Likewise, African-American voters need to appreciate their kingmaker status and put a higher premium on their votes, not via the usual black conservative TV sock puppets, but through concerted lobbying of the GOP. Either way, both parties need to retune their dials on race away from frequencies that make black people sound like electoral background noise. If they don’t, all they’ll get is static as black people vote with their feet and stay at home, which is something no one wants to hear.