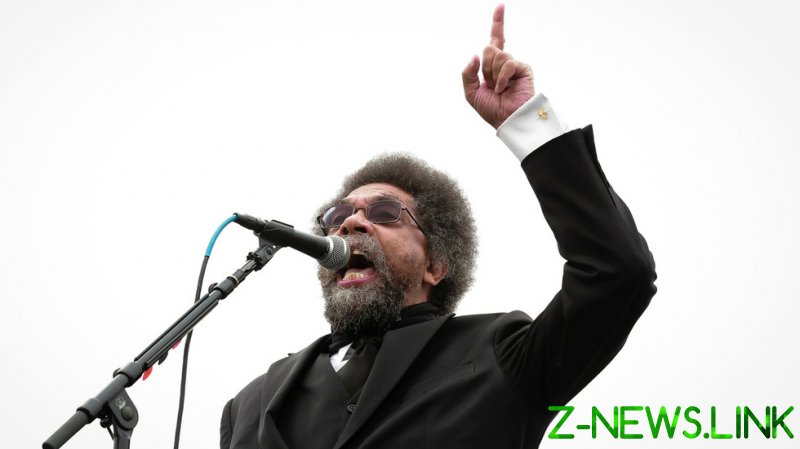 “How sad it is to see our beloved Harvard Divinity School in such decline and decay,” West wrote in a resignation letter from the Ivy League institution, penned in June but posted to his Twitter account on Tuesday. Continuing to air his grievances at the school, West claimed that the “shadow of Jim Crow” looms over its campus, and slammed the “superficial diversity” apparently embraced by management.

One of America’s preeminent black academics and an avowed leftist, West announced his departure from Harvard back in March, after he was passed over for a tenured position. He said that he would be leaving Harvard for a position at Union Theological Seminary in New York, where he was an assistant professor in the 1980s.

In his letter, West complained about having all of his courses – covering such topics as existentialism and American democracy – rolled under the banner of “Afro-American Religious Studies,” and claimed that his application for tenure was rejected due to his outspoken support for the Palestinian cause (Harvard reportedly invests heavily in companies linked to Israeli settlements on Palestinian land).

West’s gripes were personal as well as political. He complained about receiving a low salary, being denied the sabbatical he asked for, and receiving little sympathy from the university following the death of his mother earlier this year.

“This kind of narcissistic academic professionalism, cowardly deference to the anti-Palestinian prejudices of the Harvard administration, and indifference to my mother’s death constitute an intellectual bankruptcy of deep depths,” he wrote in conclusion.

Separating the personal from the political is difficult when it comes to West. While his position on Palestine may have put him at odds with the investors in charge of spending Harvard’s money, the death of his mother took place after he had already decided to leave the university, despite him claiming that the university’s handling of her death was one of the factors influencing his departure.

West has been consistent on matters of race, however. Back in March, he said that Harvard “has actually done very well in terms of bringing different peoples of different colors and gender at a high level into the administration. But it does not yet translate on the ground in terms of faculty.” He echoed this sentiment in his letter, criticizing the “superficial diversity” apparently on show at the university.

West’s resignation is not the first time he has publicly clashed with, and then left, Harvard. Back in 2002, he departed Harvard for Princeton after then-president Lawrence Summers investigated him for missing several weeks of classes, allegedly inflating students’ grades, and releasing a hip-hop album that he called an “embarrassment” to the university. West claimed that the Harvard administration had it in for his Black Studies department, and that Summers “messed with the wrong Negro” by allegedly targeting him.