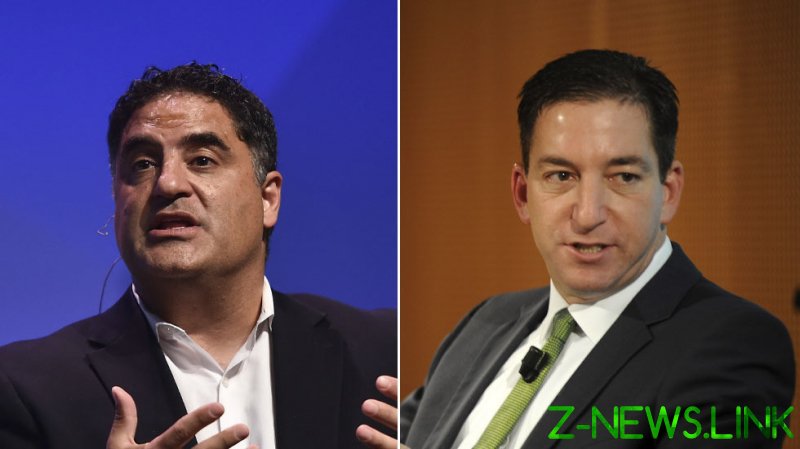 An expanding mud storm engulfing non-legacy left-wing media in the US has claimed another participant. Greenwald has been accused by TYT’s Uygur of committing all sorts of journalistic sins after he weighed in on the bitter conflict between the outlet and other prominent voices on YouTube’s political Left, including Jimmy Dore and Aaron Maté.

“My God, Glenn, what else have you hid from your readers all of these years?” Uygur exclaimed in the latest bonus episode of his online show. He declared that he no longer had respect for Greenwald and didn’t consider him a journalist anymore.

The barrage was the latest twist in a very public and ugly conflict, which first erupted in May. The trigger points seemed to be a tweet from Uygur which likened the Israeli-Palestinian conflict to a row over which imaginary character in the Marvel cinimatic universe was better, which many people found tone-deaf.

One of the people who mocked Uygur for it was Aaron Maté, a journalist at the Grayzone, who is best known for his sceptical coverage of Russiagate and extensive reporting on the alleged cover-up of evidence at the Organisation for the Prohibition of Chemical Weapons watchdog group.

Apparent retaliation came days later, when Uygur and TYT co-host Ana Kasparian launched a slew of serious accusations against Maté. They accused him of being “paid by the Russians” and publishing “very intentional disinformation… in regard to disgusting dictators around the world.”

Maté, a critic of the US government, recently traveled to Syria in person to witness the situation on the ground. TYT seems to be taking it as evidence of his working as a propagandist.

The journalist pushed back against what he took as a McCarthyist smear of his character and that of Jimmy Dore, another leftist who used to host a show on TYT before going independent – reportedly after disagreements with the main hosts on Russiagate. The factions have been throwing verbal barbs at each other for quite some time.

Before Greenwald entered the fray to defend Maté, the verbal duel had been rapidly escalating, with Dore publishing private messages from Kasparian in which she accused him of “constantly making inappropriate comments” about her appearance when they were colleagues. “I’ve been holding back, letting you run your mouth nonstop as if you’re some sort of warrior for what’s good in the world. That’s going to change,” the message said.

Dore took it as a blackmail attempt, a threat to ‘Me Too’ him, unless he shut up. It was then that TYT accused him of sexual harassment.

Greenwald offered his view of the conflict on Tuesday. He said TYT’s accusations against Maté and Dore were symptomatic of a larger “pathological” acceptance of evidence-free accusations by the left-leaning media in the US.

He refused to opine on the particular sexual harassment accusation involving Dore and Kasparian, but implied that she was levelling them for political reasons and mentioned several recent cases in which such accusations were deployed for political benefits. Those included attacks against Democratic political candidates in New York and Massachusetts.

Uygur blasted Greenwald for failing to take Kasparian’s word at face value as required by the tenets of the Me Too movement. His video included no less than five clips showing Dore acknowledging that he had embarrassed Kasparian with a crude joke about her short skirt – which Cenk says was all the evidence one needs to make up their mind. Greenwald responded by calling Cenk’s take “so unhinged he’s trending” on Twitter.

The online mudslinging war seems to be the latest confirmation of what has long been considered a sad truth of progressive politics in the US: People on the Left are too obsessed by interpersonal squabbles and grandstanding to pose a real threat of organized resistance to the centrist orthodoxies of the Democratic party establishment.