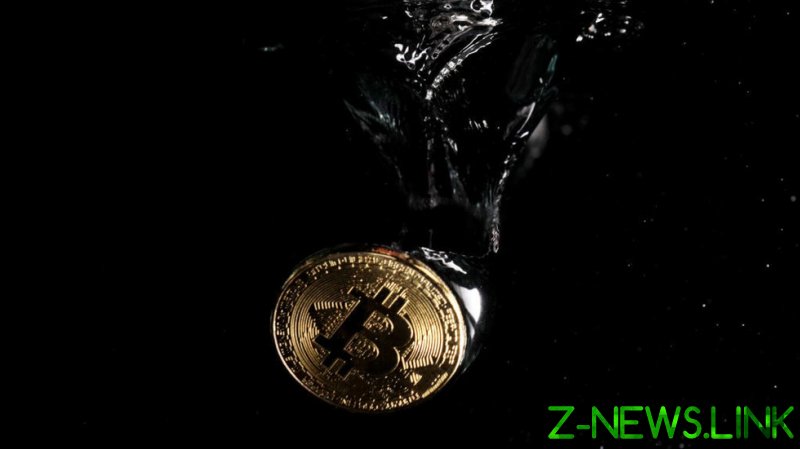 Bitcoin dropped to trading levels not seen in more than three months on Friday, down 40% from its all-time high of $69,000 recorded in November, amid a broader sell-off for cryptocurrencies.

The world’s number one digital currency fell at one point by as much as 3.7% to $40,938, its lowest since late September. Ether, the second largest, saw a massive decline of 9% to its lowest level since September 30. Both of those tokens, as well as others including Binance Coin, Solana, Cardano, and XRP are down more than 10% over the past week, according to data tracked by CoinGecko.

The latest retreat is attributed to a sudden drop in the global computing power of the bitcoin network in the wake of Kazakhstan’s internet shutdown, implemented to quell the current uprising. Kazakhstan became home for a growing number of crypto-mining operations after China ordered a crackdown on the practice, ousting most of its crypto miners.

Cryptocurrencies have also been under pressure after minutes from the latest US Federal Reserve meeting, published on Wednesday, flagged the chance of earlier- and faster-than-expected rate hikes. The news has inevitably sapped investor appetite for riskier assets.

“We are seeing broad risk-off sentiment across all markets currently as inflationary concerns and rate hikes appear to be at the forefront of speculators’ minds,” Matthew Dibb, COO of Singapore crypto platform Stack Funds, told Reuters.

“Liquidity in BTC has been quite thin on both sides and there is risk of a retreat back to the mid-30’s on the short term,” the analyst added.