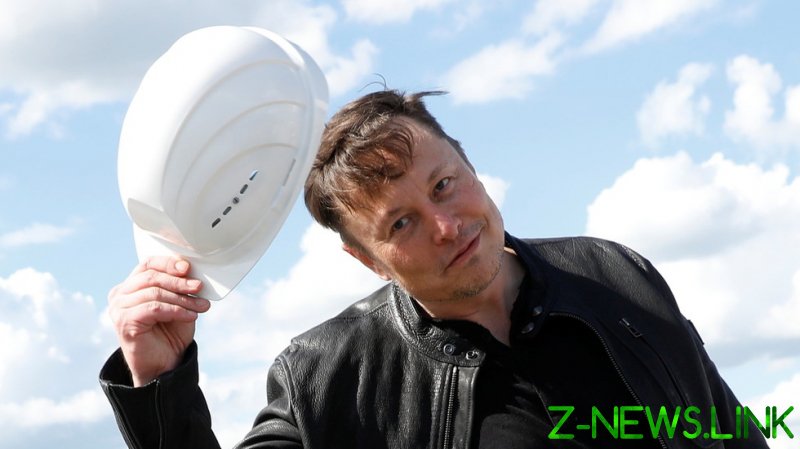 Musk’s latest verbal intervention comes in response to a CoinTelegraph story, which quoted the CEO of financial services company Sygnia, Magda Wierzycka, claiming that the recent volatility of Bitcoin “is an unexpected function of what I would call market manipulation by Elon Musk.”

Musk denied the charge, claiming that Tesla only sold a small portion of its crypto holdings, and only to test the market liquidity.

Musk also said that when there is a “confirmation of reasonable (~50%) clean energy usage by miners with positive future trend, Tesla will resume allowing Bitcoin transactions.”

As a result of the exchange, Bitcoin spiked and was trading at over $39,000 on Monday morning, compared to $35,800 the day before.

Last week, a group claiming to be part of the Anonymous movement called for war with Elon Musk, also accusing him of manipulating cryptocurrencies, among other alleged sins.

“You may think you are the smartest person in the room, but now you have met your match,” the group said in a video message posted Saturday on a verified Anonymous YouTube channel with some 145,000 subscribers, as well on its Twitter account with over 5.8 million followers. “We are Anonymous. We are legion. Expect us.”

Musk, who also founded SpaceX and ranks as the world’s third-richest person with a fortune estimated at $151 billion, attracted much ire recently with his tweets that caused bitcoin prices to tumble. Just last week, the digital currency dropped more than 6%, after he posted a meme of a couple breaking up below symbols for bitcoin and a broken heart.

Back in February, Tesla revealed it had bought $1.5 billion of bitcoin and was palnning to accept it as a payment for its electric vehicles. In May, however, Musk made a u-turn, announcing that Tesla will not accept bitcoin, citing “environmental concerns.”