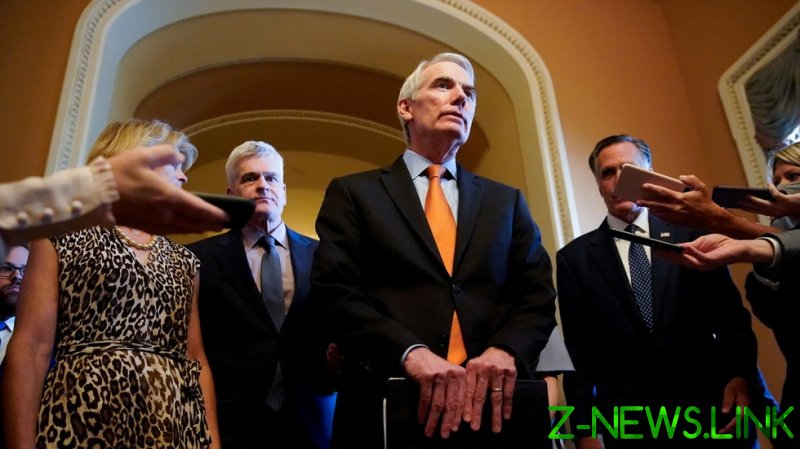 The group of “moderate” Republicans and Democrats, tasked with ironing out differences so that a $1.2 trillion infrastructure package can be passed, announced on Sunday that the legislative text of the bill was ready.

The 2,702-page document, if approved, will see $550 billion in new funding be earmarked to building and upgrading roads, public transit, rails, bridges, water infrastructure, electric grid as well as to improving Internet access. The funds are to be disbursed over five years.

After introducing the much-maligned legislation, Senate Majority Leader Chuck Schumer sounded optimistic, suggesting that the package can be passed within a “matter of days.” “Given how bipartisan the bill is and how much work has already been put in to get the details right, I believe the Senate can quickly process relevant amendments,” he said.

The text of the bill has been long in the works after the plan to invest over a trillion of dollars into infrastructure was hammered out back in June. It’s not clear, however, if the bill sails through the chamber as suggested by Schumer, as it may face opposition from those outside of the bipartisan group.

Some have already voiced reservations, Republican Senator Mike Lee saying that he’s got “real concerns” about the bill, and insisting on studying the text first.

Republicans have also sounded the alarm about the Democrats’ intention to ram a much bigger spending proposal through a mechanism known as “reconciliation” which requires a simple majority of votes. President Joe Biden previously signalled that he won’t sign the infrastructure bill if it is not accompanied by the $3.5 trillion package, which is set to include immigration legislation, enabling some migrants that are in the US illegally to obtain citizenship.

While some Republicans cried foul over the Democrats’ plan to push the giant social spending package through the chamber, Sen. Mitt Romney (R-Utah) argued there was no point in protesting “the monstrosity,” suggesting the GOP resigns itself to the inevitable.

Schumer on Sunday again reiterated that he plans to “immediately” start working on the reconciliation package after the budget bill is passed.