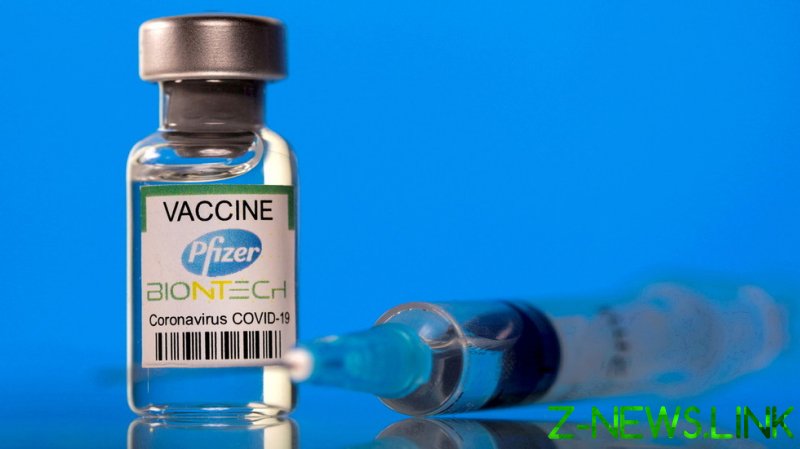 In an interview with Germany’s Bild newspaper on Sunday, Sahin said he considers the vaccine, co-developed by his company, to be “very effective.”

When asked whether people should be worried about the “breakthrough infections” – in which those vaccinated with the Pfizer-BioNTech vaccine still developed Covid-19 symptoms – he dismissed such concerns, saying that the jab offers a “90 percent protection” against cases that require intensive care in those aged over 60.

A “very high” level of protection against severe illness lasts for up to nine months, the BioNTech CEO maintained. He said this level starts decreasing “from the fourth month,” however. To maintain the protection, Sahin strongly pushed for booster shots, arguing that they would not just restore levels of antibodies but would potentially help “to break … chains of infection.”

He also encouraged doctors to be “as pragmatic as possible” when it comes to greenlighting vaccination and “not to send people home unvaccinated even though they could be vaccinated without any problems.”

In the future, people might need to get booster shots once a year, the BioNTech CEO believes. He said that he expects protection from a booster shot to “last longer” than the initial immunity one acquires after getting two doses of the vaccine.

“Subsequent … vaccinations may only be needed every year – just like [with] influenza,” he said. Currently, the German Federal Center for Health Education – an agency subordinated to the Health Ministry – recommends a booster shot six months after one gets the second dose of a vaccine. It also says that “booster vaccination makes sense after a minimum interval of about four months.”

Sahin’s interview comes days after it was revealed that Pfizer, BioNTech and Moderna are making a combined profit of $65,000 every minute – all thanks to their Covid-19 jabs. That is according to estimates made by the People’s Vaccine Alliance (PVA) – a coalition demanding wider access to vaccines.

The PVA estimated that the three companies are to earn a total of $34 billion in combined pre-tax profits this year alone, which roughly translates into more than $1,000 a second and $93.5 million a day.

PVA has slammed the three companies over their refusal to allow vaccine technology transfer despite receiving a combined $8 billion in public funding. Such a move could increase global supply and save millions of lives as well as drive down prices, the coalition said.

“Pfizer, BioNTech and Moderna have used their monopolies to prioritize the most profitable contracts with the richest governments, leaving low-income countries out in the cold,” said Maaza Seyoum of the African Alliance and People’s Vaccine Alliance Africa.