Home / WORLD / Billionaires like Bill Gates won’t save us from Covid, or fix fake news or the climate crisis. Because it’s not in their interests

Billionaires like Bill Gates won’t save us from Covid, or fix fake news or the climate crisis. Because it’s not in their interests 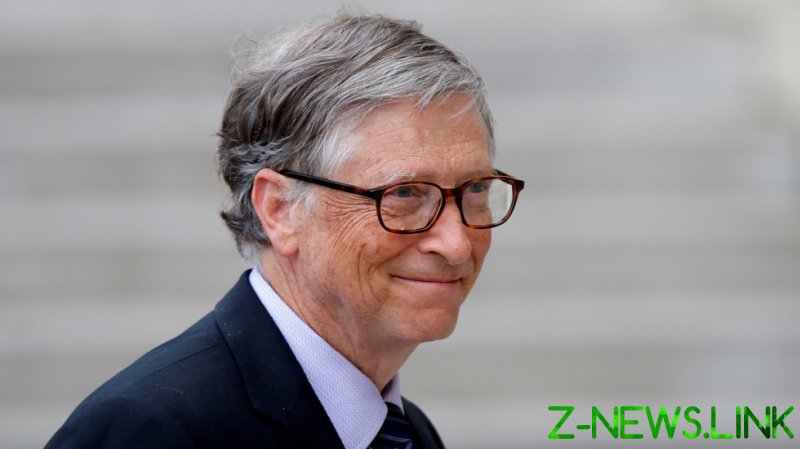 Billionaires. Our society has a complicated relationship with these folks since their mere existence at a time of record inequality only underscores the absurdity of our daily lives under capitalism. This is because none of them actually earned a billion dollars, rather they exploited workers to hoard that obscene wealth. They’re leeches, shouldn’t exist but some, I assume, are good people.

One multi-billionaire, Microsoft co-founder and philanthropist Bill Gates, is definitely not a good person. In fact, I would say he’s a really s***ty one. Not because of his recently announced split from his wife of 27 years. But because, to name just one thing, he and others like him are directly responsible for keeping Covid-19 vaccines away from people, particularly poor people in the Global South, in order to uphold the very system that he benefits from.

In a piece in April for The New Republic, journalist Alexander Zaitchik beautifully lays out exactly how Gates, through his charity network, had essentially hijacked the global response to Covid-19 and maneuvered it away from the idea of a “people’s vaccine,” instead opting for the deeply unambitious COVAX program through the WHO that leaves monopoly medicine intact.

This happened because, Zaitchik writes, Gates and his network had implicitly argued that “intellectual property rights won’t present problems for meeting global demand or ensuring equitable access, and that they must be protected, even during a pandemic.” Basically, the Gates camp thinks it’s possible to both eradicate Covid-19 and reinforce the very systemic structures that led to its uncontrolled spread in the first place.

This predictably failed as literally anyone could have guessed. In a recent interview with Sky News, Gates was asked if it would be helpful to change intellectual property law in order to share the “recipe for these vaccines” to poorer countries to which he replied, “No.”

He went on to explain that it would not make a difference since there are only so many factories able to produce the vaccines to begin with.

“The thing that’s holding things back in this case is not intellectual property. It’s not like there’s some idle vaccine factory with regulatory approval that makes magically safe vaccines,” he said. “You’ve got to do the trials on these things, and every manufacturing process has to be looked at in a very careful way. There’s all sorts of issues around the intellectual property having to do with medicines, but not in terms of how quickly we’ve been able to ramp up the volume here.”

The problem with what Gates said – mind you, the same guy who is apparently in contact with people at the highest levels on this issue since he’s the unofficial Covid czar – is that it’s a lie. For example, a March 1 article from the AP says that there are at least, per their reporting, three factories on three different continents that “could start producing hundreds of millions of Covid-19 vaccines on short notice if only they had the blueprints and technical know-how.”

For some reason, PolitiFact responded to the uproar around Gates’ blatant lie, saying that “Bill Gates has defended intellectual property rights for Covid-19 vaccine manufacturers, but the ingredients in Covid-19 vaccines approved for use in the United States are already public.” This is true, but misleading because while the ingredients to vaccines are public, the “recipe” – that is, the exact formula, how to make it and the thing the reporter questioning Gates was referring to – is not. And that’s because of Gates.

According to him, his sycophants and Big Pharma executives, patent protections lead to innovation and thus lead to better and newer medicine. But this is also a lie. According to a study by the Institute for New Economic Thinking, US taxpayers have subsidized every new pharmaceutical in the last decade, and that’s even including mRNA vaccine technology. (To be fair, it’s actually difficult to find one example of new technology in any sector without some tie to government R&D.)

Hell, Doctor Jonas Salk, also a beneficiary of government support for his research, could have become the world’s first billionaire by seeking a patent for the polio vaccine, but famously refused. Thanks to that decision, polio has been effectively eradicated in most parts of the world. Intellectual property barriers would have made this impossible.

The reason why Gates and others are so intent on defending intellectual property rights is that it’s so deeply ingrained in their ideology that it may as well be part of them. Think about it: Gates made his entire fortune because of these laws. To admit that IP laws are barriers for people to access goods and services would also be an admission that he and his fortune have no place in society. So they use ideological arguments with no factual basis as cover to justify their own existence while simultaneously trying to do the right thing.

The problem is that the right thing, e.g., addressing public health, is literally impossible for monopoly capitalists, whose only motive is profit, to address. Gates might have good intentions and genuinely might want to solve this pandemic, but the solutions he puts forward are clouded by this cognitive dissonance.

Gates and his Big Pharma friends can’t save us from Covid-19 just like Mark Zuckerberg can’t save us from “fake news”, Elon Musk can’t save us from this dying planet and a coalition of billionaires led by Warren Buffett couldn’t solve the issue of America’s jacked-up health care system. That’s because it’s against their interests to actually solve these issues.