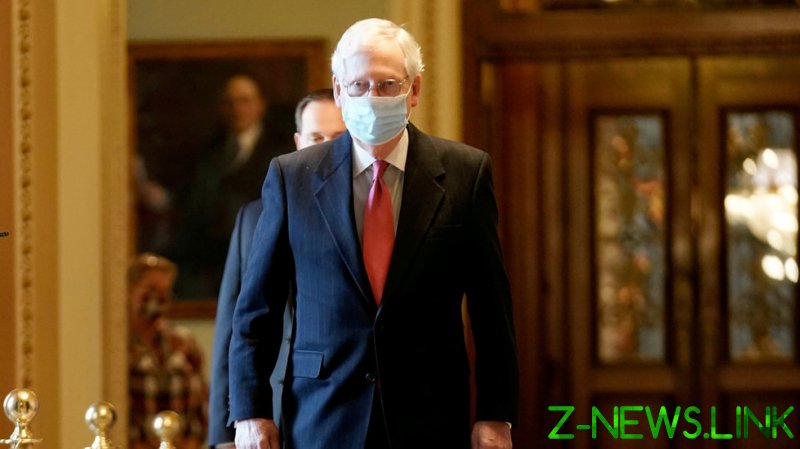 “It’s hardly clear,” McConnell said on Wednesday on the Senate floor, that sending “thousands of dollars” to citizens should be a “top priority,” especially since some receiving the checks may not have suffered financial hardships related to the pandemic.

The House passed a bill on Monday to increase stimulus checks from $600 to $2000. The stimulus funds were included in a $2.3 trillion package that controversially included millions in foreign aid, but stimulus funds for citizens that were lower than the first stimulus passed at the beginning of the pandemic.

“The Senate is not going to be bullied into rushing out more borrowed money into the hands of Democrats’ rich friends who don’t need the help,” McConnell said, indicating there is likely no path forward for the increased funds as a new Congress is set to start in days.

President Trump and other Republicans have called for the higher funds to be approved by the Senate, but some Republicans still remain critical of the increased amount.

McConnell and Sen. Pat Toomey (R-Pennsylvania) blocked the House bill on the Senate floor on Wednesday, a move that caused backlash from other lawmakers, including Sen. Bernie Sanders (I-Vermont) who brought a poster that included President Trump’s tweet calling for $2000 relief checks. Despite being a vocal critic of the president, Sanders said the Republican is an “unlikely ally” in this specific effort.

McConnell did make clear that he is not opposed to increasing funds to citizens, but wants such an act linked to other legislation the president has called for, like a commission to look into election integrity, as well as a repeal of Section 230, which provides legal protection to social media companies as publishers.

“Here is the deal,” McConnell. “The Senate is not going to split apart the three issues that President Trump linked together just because Democrats are afraid to address two of them.”