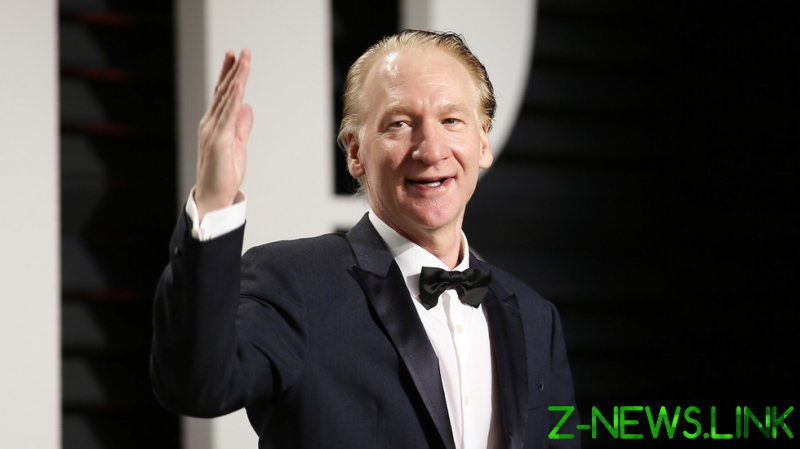 Out of the vast arid desert that is the US media reservation, Bill Maher is one of those rare colorful creatures who is occasionally permitted to stray from the pack and pontificate ‘freely’; the political stakes are simply too great to let the entire herd run wild over the heartland.

At the weekend, Maher was in prime form, excoriating his fellow Liberals over the “insanity” of cancel culture that he argued “is swallowing up the world.”

The TV host’s monologue took aim at the Tokyo “Bummer Games,” which increasingly resemble less a contest of athletic prowess than an Oscars ceremony where actors exhort their (unwanted) political views and armchair commanders back home exert one of their last truly protected liberties, switching channels. Maher ridiculed the sacking of several Olympic officials who were declared persona non grata from the event due to the frightening search and destroy abilities of the inquisition.

In one example, the creative director of the Games, Hiroshi Sasaki, resigned after the media leaked comments he made in private about one female Olympic entertainer’s weight, calling her an “Olympig”; in another scandal to rock the world’s largest sporting event, Japanese musician Keigo Oyamada, the Olympics opening ceremony composer, was summarily canned after an article surfaced from the 1990s where he admitted to bullying fellow students as a child. Yes, as a child. Despite expressing regret for the errant actions of his distant youth, public apologies only seem to embolden the relentless woke pack. Finally, the director for the Olympics opening ceremony, comedian Kentaro Kobayashi, stepped down one day before the Games began, after a 1998 comedy routine surfaced in which the young man made an offhand, unfunny comment about the Holocaust.

Maher, who is Jewish, took Kobayashi’s decades-old remark in stride, saying “context is everything.” He then went on to observe – maturely and non-hysterically – that the tasteless joke “obviously didn’t strike people as being beyond the pale at the time.” In other words, why should we citizens of this post-sanity world reserve the right to crucify people for indiscretions that were not persecuted when initially pronounced?

Similar things could be said about the current obsession with tearing down statues, trashing works of great literature, and vilifying people for the color of their skin. It doesn’t take a keen insight to see that such an approach to human behavior effectively makes everyone guilty of some ‘crime’ sooner or later. And make no mistake, the liberal lynch mob observes no statute of limitations.

The comedian then laid into the cancel culture zealots, simply referring to them as “young people,” who he said should stop “flattering themselves that they are Nostradamus and would have foreseen, had they been around then, everything that is unacceptable now.”

Listening to Maher’s refreshing take on the current madness, it becomes apparent that inside of the world’s largest news and information bubble known as the United States of America, the most honest journalism now comes by way of comedy. Never before has political satire been more readily available and necessary, as though certain ‘unspeakable truths’ are simply too difficult to swallow without the court jester and his slapstick humor and nuanced laugh tracks to wash them down.

In any case, it’s no secret that mainstream media, by and large, no longer even pretends to serve as a purveyor of truth; rather it has become – or always was – an organization that pimps out professional activists for hire, mostly for a very busy bordello called ‘The Left’. By way of proof, it was just a matter of time before these infectious busy bodies found a clever way of inserting the notion of ‘whiteness’ and ‘white supremacy’ into the sanctity of the Games.

Speaking on the subject of surfing, which is having its Olympic debut in Tokyo, the Associated Press, instead of celebrating the historic moment, turned the story into a divisive issue rather than the uniting event it could have been. Buckle up, this is classic.

“White European settlers who first learned of the sport when they arrived to [Hawaii] both vilified and capitalized on the sport,” wrote Sally Ho. “Christian missionaries disapproved of the nudity on display, yet white businessmen later ran a whites-only surf club on Waikiki beach.

“Today, white people are still seen as the leaders and authorities of the sport globally, as surfing’s evolution is now a legacy shaped by white perspectives: from practically Native Hawaiian birthright to censured water activity, and California counterculture symbol to global professional sports league.”

That lamentable piece of trash, which is what passes these days for ‘investigative journalism’, forces one to ask, when was the last time a talking head from CNN or MSNBC scrutinized the wisdom of cancel culture as a successful political platform? Thus far, it seems to be only the professional comics, like Bill Maher and Jon Stewart, who enjoy enough independence and ‘artistic license’ to sugarcoat the remedy that the Democrats avoid at their own peril.

What the fanatical clique of radicals inside the Democratic Party fail to understand is that the American people, generally speaking and regardless of political affiliation, take no great pleasure in watching transgender women competing in female sports; feel no connection with athletes who turn their back on the American flag and national anthem; and feel no sense of pride as coddled superstar athletes play the victim card when the pressure of competition becomes too great. Those very un-American sentiments were palpable during the opening ceremony last Friday, which attracted just 16.9 million US viewers, the smallest audience for the event in the past 33 years.

The American spectator parks his jaded feelings not at the doorstep of the International Olympic Committee, or Japan, but smack inside the Democratic Party. Unless the liberals get off their woke horse and stop making an issue out of every non-issue, it seems inevitable they will pay a heavy price at the next election. It appears that the revolution has come full circle, and now it is time for the Democrats to experience some richly deserved cancellation at the ballot box.