Home / WORLD / Bill Maher tells Americans to quit complaining about the US after Afghan disaster, earning him praise from Ted Cruz

Bill Maher tells Americans to quit complaining about the US after Afghan disaster, earning him praise from Ted Cruz 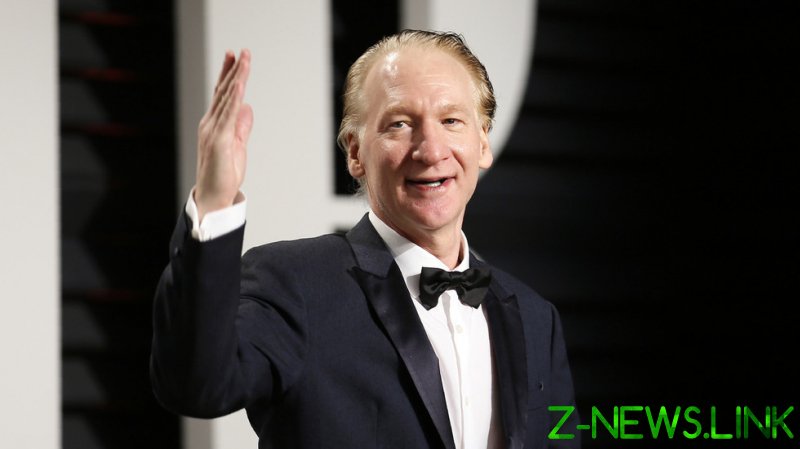 In a controversial segment of HBO’s ‘Real Time with Bill Maher’, the commentator argued that Americans should stop complaining about the US because other countries like Afghanistan have it worse.

Liberals “under-romanticize America, they have no perspective,” the television host claimed, pointing to Saudi Arabia, China, Honduras, Venezuela, the Philippines, North Korea and Burkina Faso as other countries that have it worse than the US in different ways.

Maher even bizarrely implied that the only starvation in America is intentional starvation by actors who are trying to slim down for roles.

“If you think America is irredeemable, turn on the news, or get a passport and ticket on one of those sketchy airlines that puts its web address on the plane. There’s a reason Afghan mothers are handing their babies to us,” Maher declared, noting honor killings, beheadings, arranged marriages and female genital mutilation as problems in the Islamic world.

He also went on to defend the US’ involvement in Afghanistan, claiming, “We’re not the bad guys. Oppression is what we were trying to stop in Afghanistan. We failed, but any immigrant will tell you we’ve largely succeeded here, and yet the overriding thrust of current woke ideology is that America is rotten to the core.”

“What’s the lesson of Afghanistan? Maybe it’s that everyone from the giant dorm room bitch session that is the internet should take a long hard look at what real oppression looks like,” Maher proclaimed, telling his audience to “ask your maid, ask your Uber driver, ask the Asian woman giving you a massage” and they’ll tell you “this place is Shangri-La.”

“America may not be the country of your faculty lounge and Twitter dreams, but no one here tries to escape by hanging on to an airplane,” he concluded.

The rant was heavily criticized on social media, with users accusing Maher of gaslighting Americans like an “abuser” would.

“Seems like a significant part of the argument is ‘things are horrific elsewhere, so we should lower our standards here.’ Can’t agree much with that part…” commented one man, while another pointed out that Maher’s sheltered life as a California multi-millionaire would not make him very privy to the issues faced in America today.

“Setting the bar low. Of course I love America but let’s compare ourselves to other western democracies or even just wealthy countries,” a critic tweeted.

Others argued that the US is “100 percent responsible for the plight of Afghanistan” and that Maher was just spreading “neocon demagogy dressed up in liberalism.”

Maher did receive applause from some Republican public figures, such as Texas Senator Ted Cruz who called him “one of the few voices of sanity on air.”