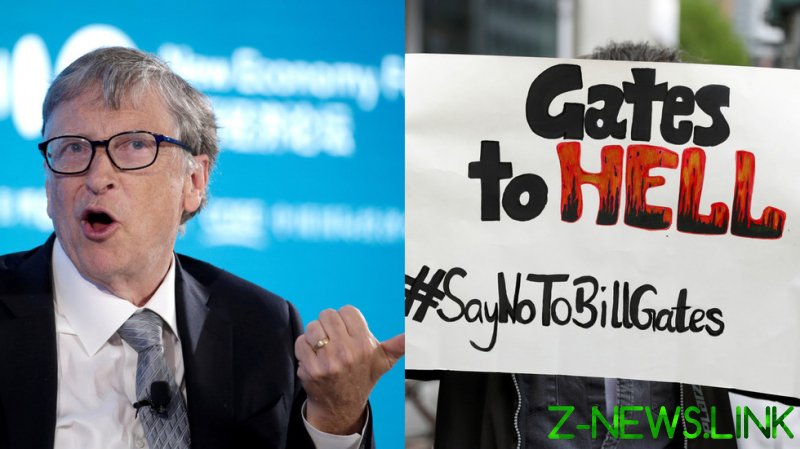 “Nobody would have predicted that I and Dr. Fauci would be so prominent in really kind of evil theories about — did we create the pandemic, are we trying to profit from it? — and on and on,” Gates said Wednesday in a Reuters interview.

Gates, whose foundation has committed upward of $1.75 billion to help fight the global pandemic, questioned how many people believe such theories and said he hopes such discussion “goes away.” But he noted that there are “millions of messages out there” targeting him and Fauci, and he hinted that censorship may be needed to combat them.

“We’re going to have to get educated about this over the next year and understand, how does it change people’s behavior?” Gates said. “How should we have minimized this, either working with the social media companies or explaining what we were up to in a better way?”

Social media platforms have already strictly censored content that contradicts current mainstream orthodoxy on the Covid-19 outbreak. For instance, a group of doctors was silenced on Facebook, Twitter and YouTube last July after streaming a press conference in which some members made such verboten statements as recommending the use of hydroxychloroquine as a treatment for the virus and questioning the efficacy of face masks in preventing the spread of Covid-19.

Mainstream media outlets have frequently given Gates a platform as an authority on Covid-19 policy, although he doesn’t hold elected office or a position in government. For example, he has opined on the likelihood of being able to hold the Tokyo Olympics later this year and says there won’t be a return to normal life, sans Covid-19 restrictions and mask-wearing, until well into 2022.