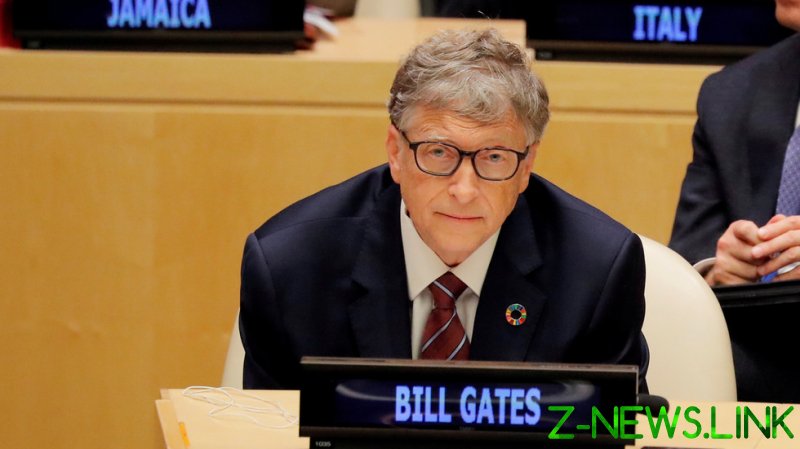 “I feel great,” Gates announced to the world on Friday, adding a picture of himself getting a Covid-19 vaccine.

“Thank you to all of the scientists, trial participants, regulators, and frontline healthcare workers who got us to this point,” he added.

At 65, Gates is eligible to receive the vaccine under Washington state’s tier one distribution plan.

Gates has become a common name in discussions about Covid-19 not only thanks to the millions his foundations has poured into development and distribution of vaccines, especially in third-world countries, but also because of a now viral TED talk from 2015 where the tech mogul warned the world was unprepared for a global pandemic.

That talk has been partly what has fueled numerous conspiracy theories about the billionaire and his intense interest in seeing people vaccinated.

Gates acknowledged the conspiracy theories, one of which includes him putting microchips in vaccines to track people, calling them “strange.”

“It’s strange. They take the fact that I’m involved with vaccines and they just reverse it, so instead of giving money to save lives, I’m making money to get rid of lives. If that stops people from taking a vaccine or looking at the latest data about wearing a mask, then it’s a big problem,” he said.

That didn’t stop social media users from turning his vaccination photo into the butt of numerous jokes.

Gates has also been a controversial figure during the Covid-19 pandemic for his support of extending lockdown restrictions – he believes there shouldn’t be a “return” to normal until 2022 – and his harsh stance against vaccine skeptics, earning criticism mainly from conservative pundits such as Candace Owens.

He has suggested health officials combat “vaccine hesitancy” by enlisting influential voices to promote them “so we can get a level of vaccination that really has a chance of stopping” Covid-19.

Gates’ role in the pandemic fight, however, appears to be here to stay. He recently tweeted he is “looking forward to working” with President Joe Biden and Vice President Kamala Harris “to tackle some of our toughest challenges like COVID-19 and climate change.”

He was not as receptive to the Trump administration, even questioning whether the Food and Drug Administration (FDA) could be trusted to put out a safe Covid-19 vaccine under the president.

“Historically, just like the [Centers for Disease Control] was viewed as the best in the world, the FDA had that same reputation as a top-notch regulator,” he said.