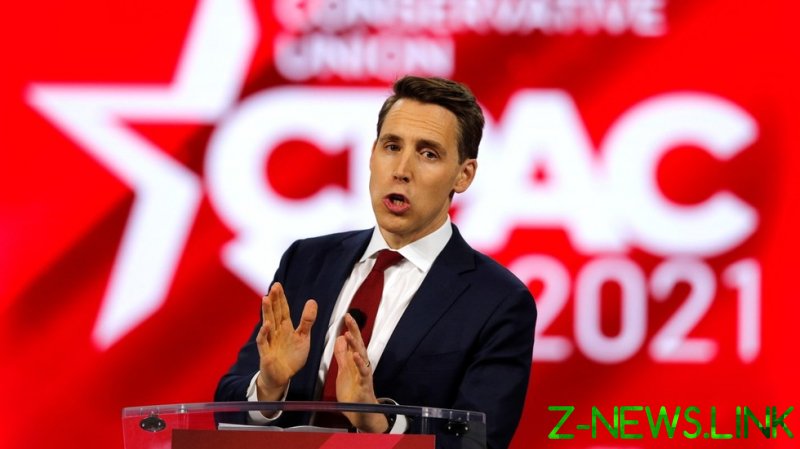 Hawley, who was demonized by Democrats for challenging the validity of President Joe Biden’s election victory, said Friday that his new legislation would require companies with annual revenue of $1 billion or more to pay their employees at least $15 an hour. Smaller companies would be spared the mandate, but Hawley’s plan also would provide tax credits to US citizens who make less than $15 an hour, based on the number of hours worked, essentially closing the wage gap through a government subsidy for small businesses.

“For decades, the wages of everyday working Americans have remained stagnant while monopoly corporations have consolidated industry after industry, securing record profits for CEOs and investment bankers,” Hawley said. “Mega-corporations can afford to pay their workers $15 an hour, and it’s long past time they do so, but this should not come at the expense of small businesses already struggling to make it.”

Republicans have long resisted hikes in minimum wages, claiming that such mandates cause businesses to fail, operate with leaner crews or shift more work to automation, leading to job losses. Ironically, Hawley’s proposal appears to have more in common with the minimum-wage proposals of self-described ‘Democratic socialist’ Bernie Sanders (I-Vermont) than those of Republicans.

Sanders is reportedly pressing for Congress to tax large corporations that pay less than $15 an hour. Meanwhile, the compromise pitched earlier this week by moderate Republicans, as proposed by Senators Mitt Romney (R-Utah) and Tom Cotton (R-Arkansas) is to hike the federal minimum wage to $10 an hour, with the increases phased in over four years. Strings would be attached to the Romney-Cotton plan, including a requirement that employers use the government’s E-Verify program to ensure that illegal aliens aren’t on their payrolls.