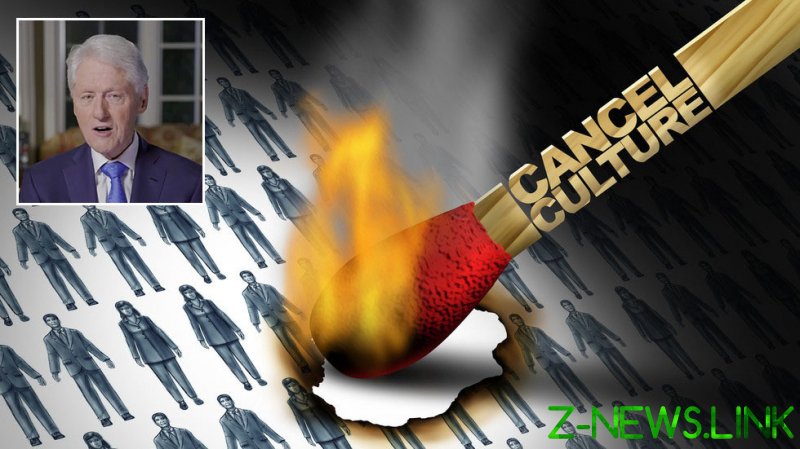 The question of how social media propagation is enabling cancel culture today, often not in a helpful way, was brought up during Clinton’s interview with the British TV channel ITV. The ex-president lamented that there was a “problem of cloudy definitions” present, before ironically giving a pretty vague remark about his personal experience.

“The first canceling I ever lived with throughout my life was the canceling that people on the Right tried to do to people who weren’t,” Clinton said. “Then it became tempting when the demographics changed to go the other way.”

He then contemplated how “criticism works better than canceling” because it is supposed to come from a place of good faith and help the subject of criticism to become better.

Clinton was speaking alongside writer James Patterson about a fiction book the two men co-authored and were promoting during the interview, which was aired on Wednesday.

With Clinton failing to specify who the Republicans tried to cancel during his presidential tenure, one can only speculate. The Republican-controlled House impeached him for perjury and obstruction of justice during an investigation into his affair with a White House intern, but the Senate refused to convict and remove him from office.

Cancel culture is generally understood as a modern form of ostracism that was made possible by the spread of social media, which empowered the common folk to voice their anger against particular individuals. It is hailed by some for giving a chance to the oppressed to hold accountable those who would previously be shielded by their power and wealth. Others say it’s often nothing more than cyberbullying by self-righteous online mobs that can ruin the lives of people, who hold no actual influence, over even minor slights committed decades ago.

For years, some argued that Bill Clinton would be a prime candidate for being canceled, if the affair between the “leader of the free word” and his young subordinate came to light during the MeToo era. So his pointing of the finger at the GOP was met with pushback on Thursday, after that part of the interview was highlighted by the press.

Speaking to ITV, Clinton also said how he “had nightmares” due to the heavy responsibility of his office.

“I was often kept at night worrying about things…I didn’t want Russia to slip back into communism or go into some authoritarian mode and I kept thinking what I could do working with Germany and other Europeans to stop that from happening,” he said.

Just like with the cancel culture claim, Clinton didn’t go into details of that. His administration however was highly supportive of then-Russian President Boris Yelstin. It backed his use of tanks to quash down a rebellious parliament in 1993. And later in 1996, it helped Yeltsin’s controversial reelection.

Clinton’s support of the expansion of NATO in Europe and the military interventions in fracturing Yugoslavia were major factors in the Russian government’s disillusionment in the West and the US in particular.