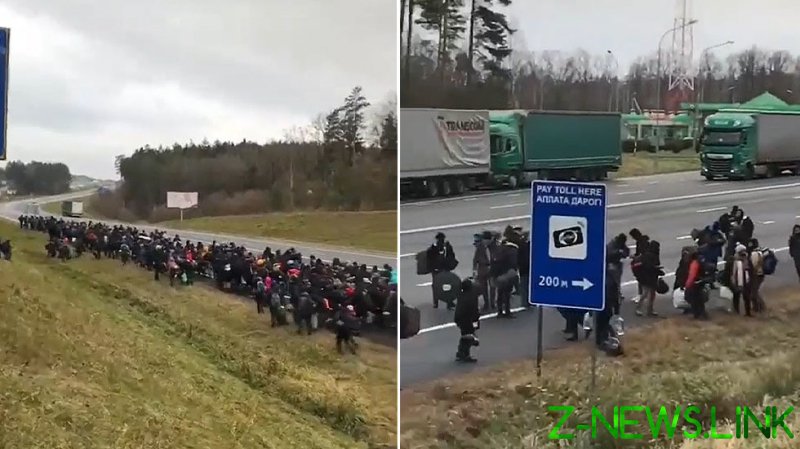 The migrants amassed at the border are predominantly young males, Stanislaw Zaryn, the spokesman for Poland’s Minister-Coordinator of Special Services said on Monday.

“The group of migrants gathered in a large crowd by the Belarusians comprises mostly young men. The biggest attempt to date to enter Poland by force has just begun,” Zaryn said on Twitter.

The official also reiterated accusations against Minsk of controlling and directing the migrant flow toward Poland, claiming that the new crowd was under a “strict control of armed Belarusians.”

“They decide which way the group goes. This is another Belarusian hostile action aimed at Poland,” Zaryn said earlier in the day in a separate tweet, sharing a video purportedly shot in Belarus near the border.

The situation in Poland-Belarus has been extremely tense since June, after Belarusian President Alexander Lukashenko announced Minsk would no longer make any effort to stop the migrants, primarily originating from the Middle East, who seek to reach the EU through his country. Both Poland and Brussels have repeatedly accused Belarus of directing and shuttling the migrants toward the border, claiming it was a form of hybrid warfare by Minsk.

Warsaw has ramped up its border security, seeking to fend off the illegal migrant flow, with 23,000 attempted border crossings registered this year, according to Polish figures. Last month, the country also approved a new $400 million border fence project, designed to keep the migrants out.