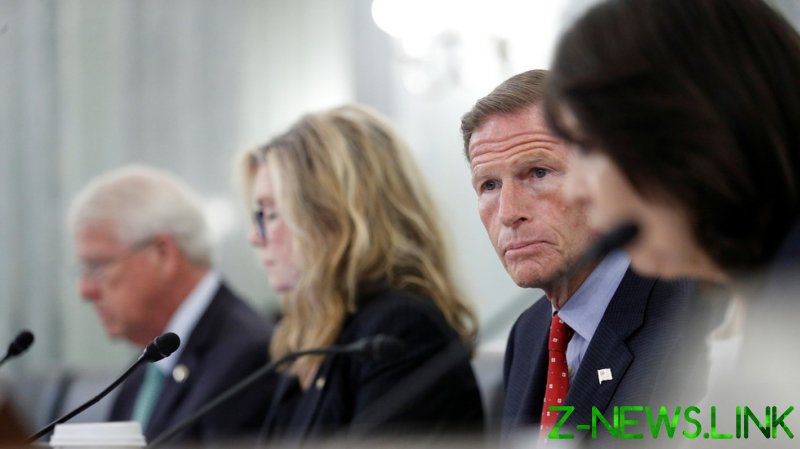 “Facebook has taken Big Tobacco’s playbook,” Blumenthal said at a Senate hearing on Thursday regarding the mental health impact of Facebook and Instagram. “It has hidden its own research on addiction and the toxic effects of its products. It has attempted to deceive the public and us in Congress about what it knows, and it has weaponized childhood vulnerabilities against children themselves.”

The hearing came after the Wall Street Journal earlier this month reported that Facebook’s internal research had found that Instagram is “toxic for young girls.” Blumenthal said that in addition to the newspaper’s reporting, his office was approached by a whistleblower with internal documents showing some of the Big Tech giant’s findings on the harmfulness of its social media platforms.

Even as the company has publicly denied that Instagram is harmful to teens, the senator said, “Facebook researchers and experts have been ringing the alarm for years. We now know that Facebook routinely puts profits ahead of kids’ online safety.”

“Instagram is that first childhood cigarette, meant to get teens hooked early, exploiting the peer pressure of popularity and ultimately endangering their health,” Markey said. “Facebook is just like Big Tobacco, pushing a product that they know is harmful to the health of young people, pushing it to them early, all so Facebook can make money.”

The Big Tobacco analogy will likely resonate with many Americans, as major US cigarette makers infamously denied for years that their products were harmful, even as their internal research showed otherwise. In one memorable US House hearing in 1994, CEOs of the top seven US tobacco companies – later derisively nicknamed the “seven dwarfs” – said one after another that they believe “nicotine is not addictive.”

It’s unclear whether Facebook will be punished or made to change its ways, but Blumenthal said the hearing was called because the company has shown that it’s “incapable of holding itself accountable.”

However, amid his withering attack on Facebook, Blumenthal made a tech-unsavvy blunder when he railed against “Finsta.” He asked Antigone Davis, Facebook’s global safety chief, “Will you commit to ending Finsta?” Testifying remotely, Davis explained that Finsta is slang for a fake Instagram account, not a product or service.

Twitter users mocked the senator for the gaffe. Author Elon Green quipped that “Finsta is the town where Blumenthal served in Vietnam.” Blumenthal was repeatedly ridiculed by former President Donald Trump and nicknamed “Da Nang Dick” for lying about serving in the Vietnam War.

Facebook’s inside knowledge of the potential harmfulness of its platforms isn’t an altogether new issue. Former Facebook president Sean Parker said in November 2017 that the company’s flagship platform and Instagram were designed to exploit “a vulnerability in human psychology.” Platform creators understood the addictive nature of their products, he said, “and we did it anyway.”

“It probably interferes with productivity in weird ways,” Parker said. “God only knows what it’s doing to our children’s brains.”