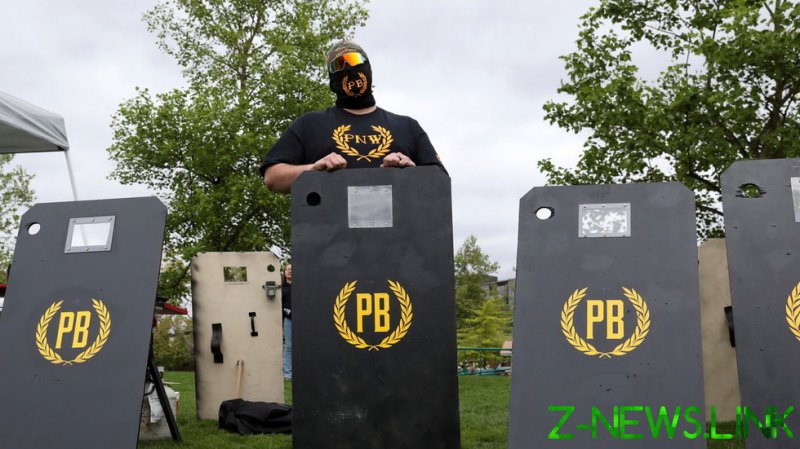 The Global Internet Forum to Counter Terrorism (GIFCT) has primarily focused on videos and images released by terrorist groups identified by the United Nations, including the Taliban.

The group will be expanding the scope of material they target in the coming months, according to a report from Reuters. New material flagged will include “attacker manifestos” often linked to white supremacism, as well as right-wing and neo-Nazi militia groups allegedly posing a threat.

Right-wing groups that have grown in popularity in the last few years, like the Proud Boys and Three Percenters, have already been identified in the system.

The GIFCT has come under scrutiny in the past and been accused of promoting censorship, an accusation that has earned renewed interest thanks to the latest announcement.

“Republicans have done nothing to prevent this from coming.They’re bought off by big tech. Are you paying attention yet?” conservative journalist Jack Posobiec tweeted.

“Over-achievement in this takes you in the direction of violating someone’s rights on the internet to engage in free expression,” the group’s executive director Nicholas Rasmussen admitted to Reuters. He insisted, however, that threats of far-right extremism are “demanding attention right now.”

The GIFCT’s actions are not the only example, either, of Big Tech cracking down on user posts or lawmakers pushing them to more aggressively do so.

The ADL (Anti-Defamation League) announced on Monday they are partnering with PayPal “to fight extremism and hate” by jointly researching “how extremists leverage financial platforms to fund criminal activity.”

The Biden administration has been quick to criticize platforms like Facebook as well for not doing enough to combat ‘misinformation’ being spread about the Covid-19 vaccinations. Officials even identified 12 individuals on the platform they say are behind the alleged swath of ‘misinformation’ on vaccines.

Primarily conservative pundits have pushed back against these moves, arguing the administration and Big Tech companies are censoring speech for political reasons.

Former President Donald Trump has been one of the most vocal critics of social media companies, criticism that was heightened after he was banned across the board following the January 6 Capitol riot.

Earlier this month, the Republican announced he has joined a lawsuit against Facebook, Twitter, and Google, which is seeking to put “an end to the shadowbanning, a stop to the silencing, and a stop to the blacklisting.”