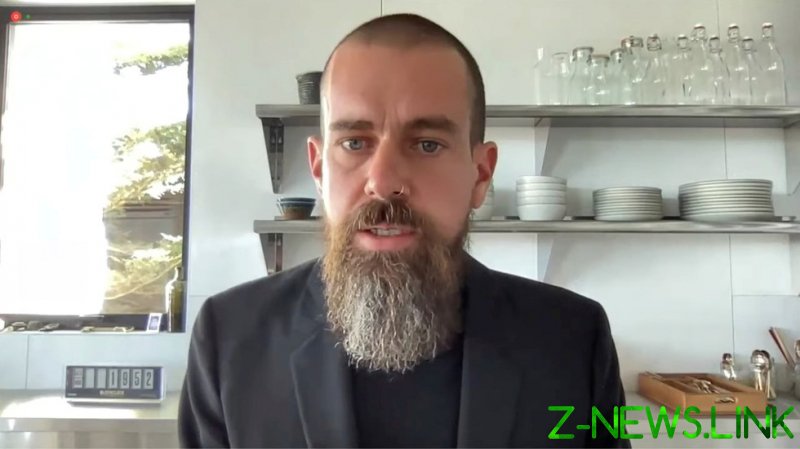 Facebook CEO Mark Zuckerberg, Alphabet (Google’s parent company) CEO Sundar Pichai, and Twitter CEO Jack Dorsey are dab hands at explaining themselves to Congress at this stage. Since 2018, Zuckerberg has testified six times, Dorsey four times, and Pichai three times, on everything from data collection and privacy issues, to censorship and bogus claims of “Russian interference” in the 2016 election.

Congress has not enacted any legislation to regulate these companies since it began regularly summoning the Silicon Valley svengalis to Washington during the Trump years, and these hearings have often done little but generate base-pleasing partisan soundbites. Both parties had their share of political gripes with the CEOs ahead of Thursday’s House Energy and Commerce Committee hearing, but the session also came amid the growing possibility that these tech giants may soon face government regulation.

The focus of Thursday’s hearing, however, was “disinformation” – and the Democrats in charge of the committee wasted little time in accusing all three executives of allowing conspiracy theories and anti-establishment narratives to spread on their platforms.

Democrats focused their arguments around the Capitol Hill riots of January 6, and some blamed the platforms for allowing users to post content doubting the results of the 2020 election and pro-Trump ‘QAnon’ theories, as well as anti-vaccine content and posts from “covid deniers.”

Asked about his platform’s role in the Capitol Hill riot, Zuckerberg blamed Facebook users. “I think that the responsibility here lies with the people who took the actions to break the law and do the insurrection,” he said.

Dorsey threw his hands up and admitted fault, answering in the affirmative to a “yes” or “no” question from Rep. Mike Doyle (D-Pennsylvania), while Pichai dodged the same question, calling it “complex.”

“You definitely give the impression that you don’t think that you’re actively, in any way, promoting this misinformation and extremism, and I totally disagree with that. You’re not passive bystanders,” Committee Chair Frank Pallone (D-New Jersey) told the three CEOs. “You’re making money.”

Republicans too pressed the Tech titans on the January riot, though they followed a different tack. Reiterating long-standing accusations of anti-conservative bias, they blasted the three for banning former President Donald Trump from their platforms – in Google’s case, from subsidiary company YouTube.

“We don’t write policy according to any particular political leaning,” Dorsey replied, a statement most conservatives would scoff at.

At stake is these companies’ ability to continue acting as they do, essentially immune from oversight and dominating the online sphere. Lawmakers in both parties have dangled the prospect of repealing Section 230 of the Communications Decency Act – which protects them from legal liability for content posted on their platforms – if Big Tech doesn’t do as told. Democrats are threatening regulation under the auspices of holding the companies responsible for narrative-challenging “disinformation,” while Republicans are threatening to intervene due to their perceived liberal bias.

If these platforms pick and choose which content to allow, conservatives argue, they function as publishers and not platforms, and are therefore not entitled to the protections of Section 230.

Against this threat, the three CEOs  have suggested alternate approaches to an outright repeal and regulation. Zuckerberg suggested platforms like Facebook should continue to be shielded from legal action, as long as they demonstrate the ability to remove “unlawful” content and suggested a neutral third-party organization be formed to judge that.

“Without Section 230, platforms would either over-filter content or not be able to filter content at all,” Pichai said, arguing in favor of the status quo. “Section 230 allows companies to take decisive action on harmful misinformation and keep up with bad actors who work hard to circumvent their policies.”

Dorsey took a similar line, arguing that his company handles “disinformation” just fine, and that his platform’s crackdown on conspiracy theories, anti-vaccine content, and Donald Trump’s account itself, proves this. However, he did say before the hearing that he would support making Twitter’s content filtering algorithms more transparent.