Home / WORLD / Big Tech behaves as if they’re the new rulers of the world, and they need to be stopped. At last, the pushback has begun

Big Tech behaves as if they’re the new rulers of the world, and they need to be stopped. At last, the pushback has begun 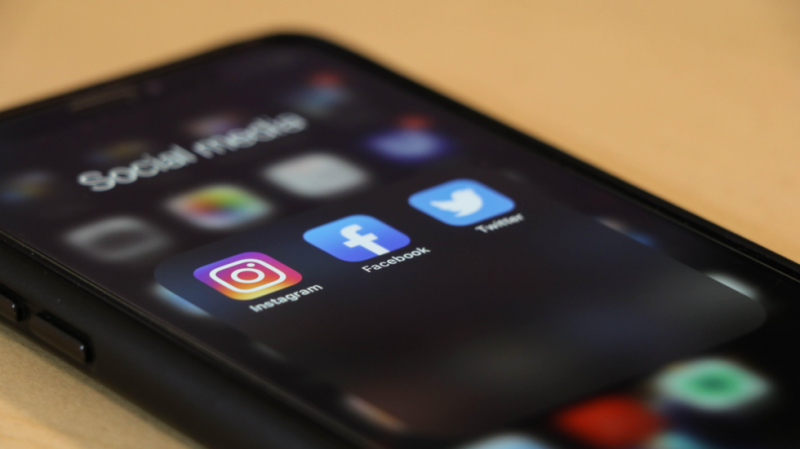 The growing trend of Big Tech tyranny by companies like Facebook and Twitter has made one thing clear: These companies, thanks to their wealth, and the enormous influence they wield regarding the flow of information and global communication, are now more powerful than most countries. In fact, Facebook is now more powerful than any elected body or representative – including the president of the United States.

Although Facebook has been practicing forms of political censorship for years, its monopolistic power and threat to election integrity means the very concept and existence of sovereign democratic nations whose leaders are elected by the people has been completely undermined following the contentious 2020 US presidential election.

This week, Project Veritas, where I previously worked as an undercover journalist, released a new series of undercover videos from a Facebook insider which caught company executives, including CEO Mark Zuckerberg, admitting that they have too much power, with the banning of ex-president Trump used as an example.

Former UK Deputy Prime Minister Nick Clegg, Facebook’s vice president of global affairs, was also caught on hidden camera acknowledging that many world leaders have spoken out against the company’s decision to ban Trump’s account following the Capitol protest on January 6. Clegg said Facebook’s critics say “this shows that private companies have got too much power and they should be only making these decisions in a way that is framed by democratically agreed rules.”

Except he’s wrong about democratically agreed rules not existing. Here in the US, the rules are inscribed within our Constitution. It’s called the First Amendment, and as an American company, Facebook should be respecting the Constitution and its protection of political speech.

Trump was one of the most powerful people in the world. He also happened to be one of the most popular social media users in the world, prior to his bans by Twitter, Facebook, and Instagram. His bannings served as a wakeup call reminding leaders from all nations around the world that if Big Tech can silence the leader of the free world both during and after his election, what’s stopping Big Tech from silencing them? What is the point of having elections and sovereign nations if Big Tech is now assuming the role of picking and choosing election winners and losers?

Big Tech’s overreaching power and ability to sabotage diplomatic relations and election integrity is the most pressing issue facing the world, and it’s an issue that all world leaders who care about free and fair elections should unite to address unless they want to live under a one-world global technocracy.

It’s also a national security risk when Big Tech deems a president of the United States too dangerous to have an account, while allowing for genocidal dictators like Iran’s Ayatollah Ali Khamenei to tweet death threats against Trump and Israel. By banning Trump, Big Tech prevented the leader of the free world from responding to a threat of assassination from a hostile nation.

One of the main ways Facebook and Twitter justified their political censorship following the 2016 US presidential election was by falsely accusing conservative accounts of being “Russian bots,” despite the fact that the Mueller Report later proved that there was no Russian interference in the election. America and the world have seen through Big Tech’s actions, and now these undercover videos published by Project Veritas confirm that Big Tech is nothing more than a weaponized propaganda arm of the Democrat Party.

Along with banning Donald Trump, here are some other examples of how Big Tech is undermining sovereign nations and election integrity throughout the world.

In August 2020, India’s Congress and India’s Communications Minister Ravi Shankar Prasad penned a letter to Zuckerberg accusing Facebook of interfering in India’s elections by practicing anti-right wing bias through censorship of right-wing posts as “hate speech.” In the letter, Prasad claimed that ahead of the 2019 elections, there was “a concerted effort by Facebook… to not just delete pages or substantially reduce their reach but also offer no recourse or right of appeal to affected people who are supportive of right-of-center ideology. This interference in India’s political process through gossip, whispers and innuendo is condemnable.”

Following the ban on Trump, Mexican president Andres Manuel Lopez Obrador called the Facebook CEO “arrogant” for thinking he had the power and the right to ban the leader of the free world. He argued that it was a “bad sign” that companies like Facebook and Twitter could censor political opinions. “I felt he was very self-important and very arrogant. A court of censorship like the Inquisition to manage public opinion. This is really serious,” Lopez Obrador said.

In Uganda, during its recent presidential election, Facebook was caught deleting accounts and pages in support of the sitting president, Yoweri Museveni. In response to this interference, Museveni accused Facebook of blocking messages sent by his ruling National Resistance Movement. “Why would anyone do that?” he said. “I told my people to close it. If it is to operate in Uganda, it should be used equitably. There is no way anybody can come [here] and play around with our country and decide who is good [and] who is bad.”

Bravo! This is the same response that needs to be implemented by leaders all around the world if they are to combat Facebook’s power grab. It is no longer a conspiracy to say the company has far too much power, especially since its executives have admitted it themselves. If Facebook is going to disrespect election integrity by banning political accounts it doesn’t agree with, then Facebook itself must be banned from operating in various countries.

Uganda’s approach is the correct one for dealing with Big Tech so long as world leaders care about being elected by voters, and not chosen by Big tech overlords.

As a candidate for Congress in Florida’s 21st Congressional District, home to former president Trump, I experienced this election interference first hand. Because Facebook didn’t like me and my policies, they refused to allow my campaign to have an account. As a result, I was the only federal candidate in US history to be denied access to social media accounts, which definitely harmed my ability to raise money and reach voters. Just as the president of Uganda said, Facebook is inserting itself into elections and choosing who is good and who is bad. Good and bad are subjective terms that should be left for the voters to distinguish and decide.

I wrote all the words above before today’s welcomed crackdown on Big Tech by Ron DeSantis, Florida’s governor. He called the “content moderation” that tech companies do “political manipulation,” and announced plans to fine them $100,000 a day for each day a candidate is deplatformed.

It is a brave, sensible and principled stand against tech tyranny, and as the first deplatformed candidate in United States history, with a congressional campaign in Florida, I hope my campaign against Big Tech’s censorship helped inspire it. My treatment at the hands of the Big Tech tyrants exposed first hand how Big Tech is picking and choosing election winners and losers and how their deplatforming of my campaign is a direct violation of Federal Election Commission rules, as giving one candidate platform access while denying their opponent access is an illegal in-kind contribution.

In fact, I would urge leaders like DeSantis to go even further in their crackdown on Big Tech.

Big Tech and the Democrats love virtue signaling about fake news and foreign election interference, but it’s a classic case of projection, because spreading fake news and interfering in democratic elections is exactly what they are guilty of doing.

World leaders must unite with a firm hand to immediately halt Big Tech’s practice of having zero accountability and reporting to no one. If Big Tech and their rogue band of leftist Silicon Valley billionaires – including Dorsey, Zuckerberg, Sundar Pichai, Jeff Bezos, and Bill Gates (all of whom are outspoken Trump critics and Democrat Party megadonors) – aren’t vigorously resisted by governments, then the world will inevitably fall and sovereign nations will find themselves under the control of one giant corporate power: Big Tech Technocracy.

There is only one solution and one way forward. People from all creeds and nationalities should unite and take a decisive step for the sake of protecting free speech, free markets, and free and fair elections going forward: Ban Big Tech!