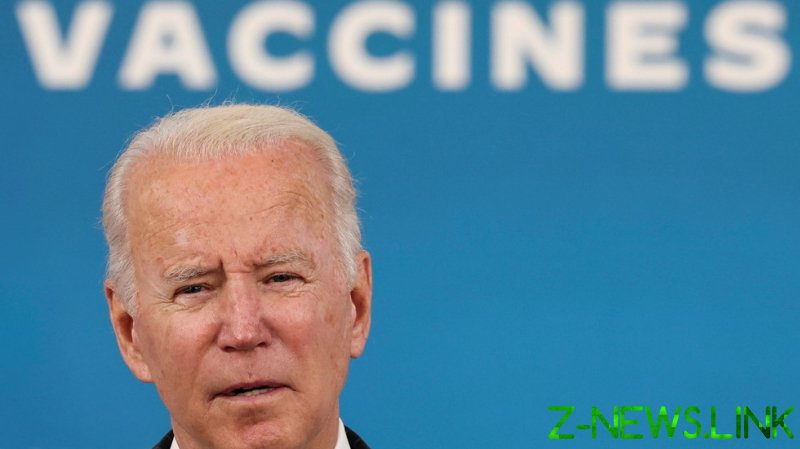 Federal Judge Terry Doughty in Louisiana issued a nationwide injunction against the mandate for employees and contractors of Centers for Medicare and Medicaid Services (CMS) on Tuesday evening, saying Biden’s mandate violated the constitutional separation of powers.

“If human nature and history teach anything, it is that civil liberties face grave risks when governments proclaim indefinite states of emergency,” Doughty wrote in his ruling. “During a pandemic such as this one, it is even more important to safeguard the separation of powers set forth in our Constitution to avoid erosion of our liberties.”

While the case will ultimately be decided in a higher court, “it is important to preserve the status quo in this case. The liberty interest of the unvaccinated requires nothing less,” the judge wrote.

Judge Doughty’s injunction applies to all US states except ten where it was already enjoined by another federal judge. US District Judge Matthew Schelp blocked the CMS mandate in Alaska, Arkansas, Iowa, Kansas, Missouri, New Hampshire, Nebraska, Wyoming, North Dakota and South Dakota on Monday.

Meanwhile, US District Judge Gregory F. Van Tatenhove in the Eastern District of Kentucky blocked the attempt to mandate vaccinations for federal contractors in Ohio, Kentucky and Tennessee.

In his opinion, Van Tatenhove said the challenge was not “about whether vaccines are effective. They are.”

However, the case brought by Kentucky AG Daniel Cameron asked if Biden can “use congressionally delegated authority to manage the federal procurement of goods and services to impose vaccines on the employees of federal contractors and subcontractors.”

The Biden administration previously set a November 22 deadline for federal workers and January 4 for federal contractors to be vaccinated against Covid-19, with those who did not receive an exemption facing penalties or loss of jobs.