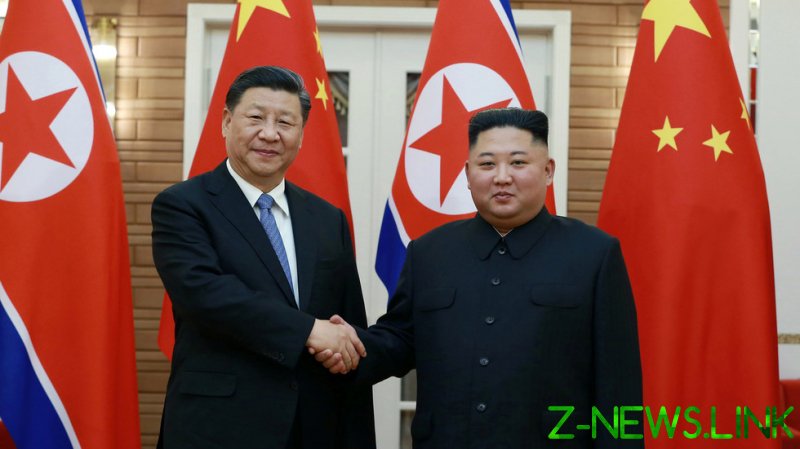 The intense controversy that has surrounded America’s new submarine deal with Australia and the United Kingdom, which is seemingly designed to target China, has overshadowed the fact that it also has implications elsewhere in East Asia.

Over the weekend, North Korea’s foreign ministry condemned the AUKUS agreement, stating that, “These are extremely undesirable and dangerous acts which will upset the strategic balance in the Asia-Pacific region and trigger off a chain of nuclear arms race.”

The remarks come following North Korea’s test last week of both a long-range missile and short-range ballistic missiles, a consequence of Washington and Pyongyang failing make any kind of diplomatic breakthrough over nuclear talks, and the latter slowly yet steadily upping the ante.

It is, of course, inevitable that even if the AUKUS upgrades are indeed aimed at China, North Korea – as a neighbour – will also perceive them as hostile. It is no coincidence, then, that Pyongyang also wants to create its own nuclear-powered submarine, although whether this is realistically achievable is questionable.

In tandem with North Korea’s own missile test, South Korea also tested its own submarine-based missile on the same day. President Moon Jae-in said it was to counter “omnidirectional threats” – in other words not just those coming from Pyongyang.

This chimes with the United States’ strategy, which in recent months has seen a ‘cap’ removed on Seoul’s domestic missile development that limited them in both payload and scope.

Ultimately, the goal is to aggressively accelerate militarization around China by allied states, by encouraging and incentivizing an increase of their own capabilities. And this brings North Korea into the equation, by painting its increased capabilities as an opportunity for other states to respond.

North Korea now sees this as a golden opportunity to consolidate its own place in the escalating regional arms race at China’s expense, essentially ending all hope of denuclearization. This will consolidate its importance to China amid ongoing conflict with the US, driving a wedge in Beijing’s lucrative, yet uneasy, relationship with Seoul that it has never liked.

North Korea is China’s sole treaty ally in the world, the only country which Beijing is legally obligated to defend, if it is attacked first. And yet it is frequently described as an alliance in name only. Mao Zedong called China and North Korea “lips and teeth,” owing to the crucial strategic counterweight Pyongyang held against the balance of US forces in Asia.

But since then, the world has changed multiple times. At the end of the Cold War, Pyongyang found itself in economic and diplomatic isolation as China sought new opportunities with the booming economy of South Korea, establishing a significant trading relationship that exists to this day.

North Korea, with its stagnant Soviet-era economy, had no political space to reform itself in the battle for legitimacy given the rival government in Seoul had long surpassed it. It is, then, entirely logical that Beijing has in practice placed more weight on its ties with Seoul than with its supposed traditional ally. This has seen it frequently take a more intermediary position on Korean affairs and even cooperate in imposing tough sanctions on Pyongyang to please Washington, seeing its nuclear program as a disruption and a threat to stability.

However, the elephant in the room is that South Korea has always been a treaty ally of the United States, and is a state built on the ideology of anti-communism, which is a source of pride to many in the country.

And so it is no surprise that in this changing strategic environment, with the advent of Sino-US rivalry, America is putting pressure on Seoul to take a side – and that side will never be China, despite the weight of the economic relationship. While Moon Jae-in has been hesitant to put Seoul on a collision course with Beijing, President Biden has nonetheless thrown him some bones to lock him into it.

These included ensuring both sides included ‘Taiwan’ on a joint statement when Moon visited Washington earlier this year, plus the lifting of the missile restrictions, allowing Seoul to develop more destructive missiles under the auspices of countering North Korea, but also serving as a deterrence to China. South Korea has been incorporated into America’s China encirclement in a less overt way than Japan or Australia, but it is very much involved.

Kim Jong-Un, for his part, sees the US pursuing military containment of China and senses both a threat and opportunity. It is a threat because he knows America’s capabilities can be readily used against him too. But it is also an opportunity, because it gives political legitimacy to his nuclear missile program and adds strategic relevance to Beijing as an old ally.

He would like to create a situation whereby in order to counter the US, China is forced to depend on his country as it did in the Cold War. At the beginning of this year, Kim announced his plan to build a nuclear-powered submarine, and what better opportunity is there for him to push that through than in the wake of the AUKUS deal and South Korea’s own submarine ballistic missile program?

It gives Pyongyang the chance to press ahead and create a whole new cycle of provocations which become an annoyance to China, yet also force Beijing’s dependency upon North Korea. Because who else will China have to turn to if it is forced to seek a military counterweight to Seoul? The balance of power lies in Pyongyang.

In a nutshell, Biden’s military gerrymandering in East Asia is opening up a huge can of worms which is effectively rewriting the strategic map. And its consequences will extend far beyond China. Washington officials sometimes talk about ‘the denuclearization of North Korea’ but this is said in hope rather than expectation and ignores what is happening on the ground. In practice, Biden’s actions have ended any hope of denuclearisation, and are actually pushing China and North Korea closer together as Pyongyang responds to the growing regional militarization with further efforts of its own.