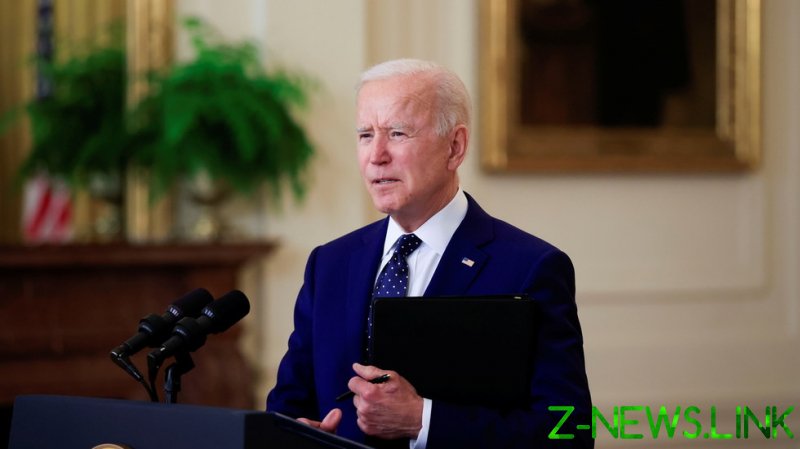 Back in the Cold War, the US and Soviet Union wore “big-boy pants” – they understood the realities of the world they lived in and accepted the consequences of their respective actions like adults. Espionage was a given; when you succeeded, you kept your mouth shut, and when you were caught, you took your lumps in silence. What underpinned this approach was the kind of begrudging respect that professionals of equal stature afford to one another – each side had a job to do, and they got on with it.

Both sides were engaged in active propaganda, some overt, much of it covert. This ideological combat was waged in the battlefield of the minds of intellectuals and activists, who were entrusted to decide for themselves which brand of idealism they would embrace. The CIA underwrote such notable literary journals such as The Paris Review and Encounter, while Soviet efforts to infiltrate the Black Civil Rights movement and the anti-war movement of the 1960’s are well documented. And yet, throughout this war of words, Kennedy somehow met with Khrushchev, Nixon and Carter with Brezhnev, and Reagan with Gorbachev. We opposed the Soviets, but we also respected them as worthy opponents.

This attitude changed, almost overnight, with the collapse of the Soviet Union at the end of 1991, and the end of the Cold War. The successor to the once mighty Soviet Union was the Russian Federation, which had been transformed from a world power capable of dictating global outcomes to a regional train wreck, in desperate need of foreign assistance to keep it from falling apart. Inside the CIA, the once all-powerful Office of Soviet Analysis (SOVA), the largest and most prestigious fiefdom within the Directorate of Intelligence, was dissolved, replaced by the more generic sounding “Office of Slavic and Eurasian analysis”, and later, the Office of Russian and European analysis. Old-time analysts who had spent decades studying the Soviet Union were dismissed or reassigned, replaced by a new breed, who viewed Russia not as an adversary to be respected, but a victim to be exploited.

Moscow Station – the CIA operation inside the Soviet Union – was likewise gutted, transforming overnight from the premier posting for the agency’s most capable case officers into a backwater where new officers were sent to cut their baby teeth and old officers to retire. The CIA’s approach to Russia in the 1990’s was one of negligent incompetence, where analysis was lazy and operations virtually non-existent. The demand for high quality intelligence simply did not exist in an environment where the Russian government, in the form of an alcoholic president named Boris Yeltsin, had completely subordinated himself to the will of his American masters, and the Russian national security establishment was more than happy to sell its secrets to anyone willing to pay a price.

As the old cadre of Soviet-era specialists were pushed to the side, they were replaced by a new breed of activist-analysts, people who viewed Russia as a laboratory for Western notions of democracy, and the Russian people as little more than guinea pigs to be experimented with. The buy-in to this approach to US-Russian relations was absolute, with little or no examination as to its wisdom, or its long-term viability in post-Soviet Russia. The “experts” that emerged during this time – personalities such as Michael McFaul, Anne Applebaum, Susan Glasser, Fiona Hill, and others – were intellectually lazy, if for no other reason than their theses went unchallenged.

The rise of Vladimir Putin took this universe of self-minted “new Russia” experts by storm – they literally did not know what hit them. Their buy-in into the artificial reality of Boris Yeltsin was so strong that these so-called experts had no real foundation upon which to assess the Putin phenomenon. Rather than seeing Putin’s rise as part of a natural reaction on the part of the Russian state and people to the abject failure of the Yeltsin years, these “experts” viewed Putin as an alien being, a foreign object which had intruded upon their exclusive playground and was disrupting their nation-building fantasies. Anti-Putin literature became par for the course, and these so-called Russian experts helped found a new school of Russian studies, where the Russian nation was simplified into the person of a single man, whose life and politics were simplified into a cartoon-like caricature far removed from reality.

These “Putin whisperers” infiltrated every aspect of American culture and politics, their writings achieving near-scripture-like reception in the pages of American newspapers and political journals, and the authors of this intellectual dreck being offered prime seats at the table of national security policymaking, either on the National Security Council, or as a National Intelligence Officer.

The ranks of these “Putin whisperers” were further filled by a breed of failed spies garnered from a generation of Russian case officers who were never trained in the old-school “Moscow Rules” of the Cold War, where tradecraft and professionalism were taken seriously by all involved, but instead weaned on the easy pickings of Russia under Boris Yeltsin, where spies were not recruited so much as plucked from a pool of volunteer traitors. When the Russia of Vladimir Putin brought an end to those halcyon days of spying on the cheap, the CIA was not equipped or trained to respond. With embarrassing regularity, poorly trained CIA officers were caught red-handed trying to recruit Russian assets and kicked out of the country.

Many of these failed spies chose second careers as “talking heads” on television networks, or frequent contributors to the same journals and papers that had made publishing anti-Putin screeds an American norm. Names like John Sipher and Steven Hall have become well-known in the anti-Russian propaganda circuit, even though they operate more as apologists for failed policy than actual experts.

The cumulative impact of these “Putin whisperers” on US-Russian policy is telling. Rather than dealing with the reality of a Russian nation seeking its rightful place at the table of a multi-polar world, the “Putin whisperers” created a domestic market for their personification of all things Russian into the form of a single man. Russia stopped being a national security problem to be managed through effective diplomacy, but rather a domestic political issue which American politicians from both sides of the aisle used to scare the American people into supporting their respective visions of the world.

These “Putin Whisperers” thrived during the administration of President Barack Obama, led by the likes of Michael McFaul, and achieved near-critical mass during the Trump administration, empowered by overly politicized claims of collusion with Russia by people in the Trump circle. They continue to play an important role today, filling the airwaves and pages with anti-Putin propaganda whose cumulative effect is to dumb down the American public by demonizing Russia and its president to the point that any accusation will be accepted at face value, regardless of the lack of corroborating evidence or the improbable veracity of its claim; the recent scandal over allegations that Russia paid the Taliban bounties to kill Americans in Afghanistan serves as an apt illustration of this phenomenon.

This is the world that President Joe Biden and his national security team live in, one where Russia is as much, or more, of a domestic political problem than a legitimate national security threat. The seeming mixed signals being sent by Biden in his public pronouncements – sanctioning on the one hand, while seeking a summit with Putin on the other – are less a sign of a feeble mind than the byproduct of a process of transformation as the Biden administration learns to deal with the reality of Russia as it really is, as opposed to the fiction of Russia as painted by the “Russia whisperers.”

Avril Haines, the Director of National Intelligence, recently noted in the “Annual Threat Assessment of the US Intelligence community”, that “We expect Moscow to seek opportunities for pragmatic cooperation with Washington on its own terms, and we assess that Russia does not want a direct conflict with US forces.” Her assessment was funded in the realistic appraisal of Russian policy objectives, which are formed from a belief that the US “is conducting its own ‘influence campaigns’ to undermine Russia, weaken President Vladimir Putin, and install Western-friendly regimes in the states of the former Soviet Union and elsewhere.” The goal of Russia is not to achieve “victory”, per se, but rather to seek “an accommodation with the United States on mutual noninterference in both countries’ domestic affairs and US recognition of Russia’s claimed sphere of influence over much of the former Soviet Union.”

You will not find any of the “Putin whisperers” offering up such a balanced and accurate assessment of Russian national security objectives under Putin.

Biden is a prisoner of his own anti-Russian rhetoric, influenced in large part by the need to be seen as responding to a domestic political prerogative founded on decades of Russia- and Putin-bashing at the hands of the “Putin whisperers” and their ilk. It is one thing to spout off as a candidate for president; it is an altogether different reality to be serving as president, where words and actions have life-or-death consequences.

Biden is being educated on the fact that his mouth is writing checks the United States is not prepared to cash – the recent decision to halt the deployment of US Navy ships into the Black Sea during the heightened crisis between Russia and Ukraine is one such example. His recent wave of sanctions is a byproduct of the political need to be seen as putting action behind his rhetoric; indeed, the strength of the domestic political appetite for anti-Russia actions mandates that Biden issue a second wave of sanctions sometime down the road.

These are policies pushed and promoted by the “Putin whisperers.” For the moment, their will continues to prevail. But their days are numbered, as realpolitik pragmatists in the White House, Pentagon and Intelligence Community are recognizing the reality that the days of taking for granted US global hegemony are over, and that for the United States to remain relevant, it must adapt to the reality of a multi-polar world, and Russia’s rightful role therein. This will not happen overnight, but it is in the process of happening. In promoting and supporting Biden’s latest round of sanctions, the “Putin whisperers” have reached their high-water mark. From here on out, their influence will begin to ebb as the national security demand for fact-based assessments outstrips the domestic political need for fact-free propaganda.