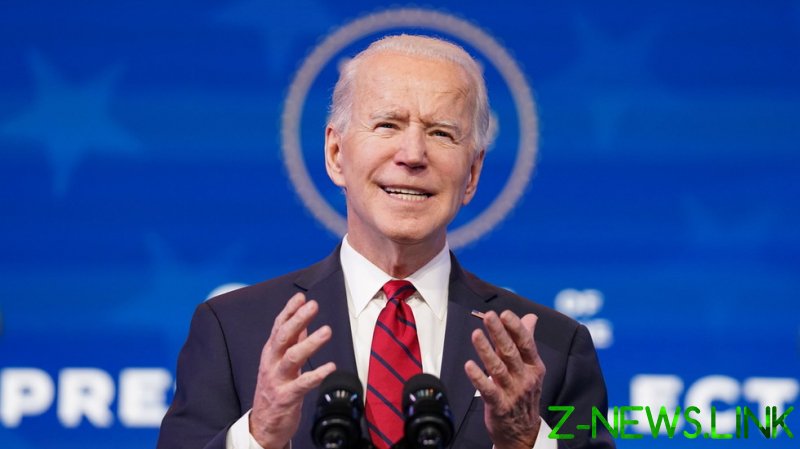 US President-elect Joe Biden recently unveiled a new COVID-19 relief proposal as his Democratic Party prepares to take control of both houses of Congress. The proposal, called the American Rescue Plan, will provide much-needed direct payments to Americans, extend federally enhanced unemployment insurance, double the federal minimum wage and establish new health insurance subsidies, among other things. While this would be an incredible plan, it is obviously just a bargaining position.

Just before the Biden team released its plan, Bloomberg reported that Biden will “seek a deal with Republicans” on new Covid-19 relief after his inauguration instead of pushing ahead without their support. This is the same Republican Party that has made it their sole mission to dismantle any modicum of policy that benefits the working class, which the plan is. To think that they are in any position to negotiate in good faith on any one of the bullet points in this plan is not only naive but, for Biden specifically, just deceitful.

Biden served under former President Barack Obama, who came into office with both chambers of Congress at the height of the Great Recession and was duped by Republicans into accomplishing virtually nothing relative to the power that he and his party commanded. This was actually a core subject of Obama’s latest memoir released just two months ago, and Biden himself was instrumental in working with Congress to pass major bills during that time, like the Patient Protection and Affordable Care Act.

To Biden, a devout centrist, there is a middle ground to be staked out between his party and the establishment of the Republican Party. As President Donald Trump is packing up to leave office and the Republican establishment stands unequivocally against him after the Capitol riot, Biden believes that his foes on the other side of the aisle will normalize again.

The Republican Party was undoubtedly, at least until a few days ago, the stronger of America’s two major political parties – but it has not been principled for quite some time even before Trump. Republicans adopted coded language long ago to include racists, xenophobes, misogynists and every manner of intolerant person in their coalition and their most powerful member, Senator Mitch McConnell, virtually pioneered the modern attack adin his first senate race in 1984.

Biden believes that the Republican Party can at least get back to keeping their bigotry in the subtext, which is probably true. While Republicans in the House of Representatives are much more of the Trump variety, several joined Democrats to impeach President Trump for a record-breaking second time. One up-and-coming establishment star, Representative Liz Cheney, the daughter of former Vice President Dick Cheney, was among them.

In the Senate, current Senate Majority Leader Mitch McConnell says he will support an impeachment, but that it will inevitably have to take place after Trump exits office on January 20. The clear reason, as has been reported in the media, is that this will allow McConnell to purge Trump from the Republican Party without his own party being culpable – because if Trump is convicted, he will be disqualified from running for federal office in the future, cementing the party establishment’s plan to retake control.

But even if the Republican establishment retakes control of their party, the values of the party are still diametrically opposed to those of working Americans – and thus to the Biden Covid-19 relief plan. And just because Democrats might help Republicans to shed Trump and excommunicate him from organized politics does not mean they would return any kind of favor.

The fact is that politics is about winning. Top Republicans are only upset with Trump because he’s a proven loser; he lost his own election, presumably cost Republicans their Senate majority and has cost Republicans scores of donors after the Capitol riot, but until then they were complicit with his rule and actually set the stage for it to happen altogether.

In “bargaining” this next round of stimulus, Biden needs to capitalize on the fact that the Republican Party is the weakest it has been in generations, by using his and his party’s full legislative and executive powers. After what Republicans have done to the country – the dismantling of the New Deal, perennial attacks on civil rights and the utter division and chaos – there is no shame in pushing forward with a popular agenda.

After all, as Democrats said after Donald Trump and his Republican Party swept through in 2016, elections have consequences. Biden needs to seize on that mandate just like his predecessor did. Returning to the same wimpy politics of Barack Obama will not only undermine the progressive agenda, but also cost Democrats seats in the midterm elections in 2022.