Home / WORLD / Biden’s ratings MUCH lower than Trump’s least-viewed speech to Congress, but he did beat the Oscars

Biden’s ratings MUCH lower than Trump’s least-viewed speech to Congress, but he did beat the Oscars 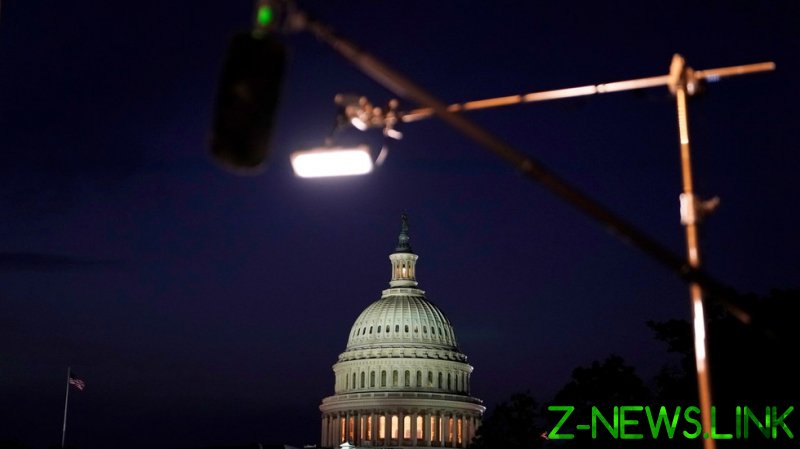 Only 200 or so people were inside the House chambers on Wednesday evening as Biden gave the first joint address of his presidency – not a proper State of the Union, as fact-checkers hastened to point out – but just 12.5 million Americans tuned in to ABC, NBC, CBS and Fox to watch it, Deadline reported, citing early data.

Another 10 million tuned into Biden’s speech via cable networks – MSNBC, CNN and Fox News, respectively – according to Nielsen.

By comparison, Donald Trump’s 2020 State of the Union – which had the lowest ratings of his four joint addresses – was viewed by 17.9 million people on the four broadcast networks, and ended up with 37.2 million viewers total. His first address to Congress, in 2017, drew over 43 million.

Conventional wisdom in the media is that live TV audiences have “fallen sharply in the past year” (according to Reuters), even as most Americans remain under Covid-19 lockdowns. But Biden actually boasted better network viewership than Trump during the 2020 campaign, when the president and his challenger appeared at dueling town-hall events in lieu of a canceled debate in October.

While Biden’s sympathizers by and large ignored the ratings news, conservatives delighted in the apparent lack of interest in the Democrat president, some going so far as to question the notion he really won the most votes in any presidential election ever.

Low TV viewership for Biden, last weekend’s Oscars ceremony and the NBA basketball league – since it embraced political activism – were also interpreted as a sign “Americans are sick and tired of the Woke Left.”

On the other hand, Biden did draw more viewers than the Oscars, whose 2021 ratings were almost 60% worse than 2020’s record low – prompting Trump himself to offer them tongue-in-cheek advice on how to improve.

Even Deadline admitted that the ratings are bad news for Biden, as “for the most part, the first joint address to Congress is usually some of the best viewership numbers a President gets over their time in office, as the novelty factor is still high.”

While Biden has been a fixture in Washington for almost 50 years, he has not been in the public eye nearly as much as Trump over his first 100 days – taking more than two months to give his first press conference, for example.