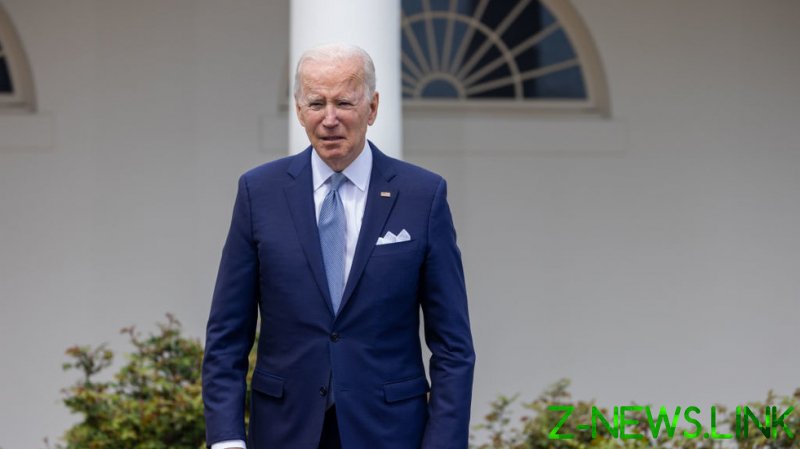 US President Joe Biden’s approval rating sank to 38% in a CNBC poll released on Thursday, down from 46% in December. Respondents rated Biden poorly on his handling of the economy and the conflict in Ukraine, and rated inflation as their number one concern.

The poll found Biden sitting at 38% approval, and 53% disapproval. Just four months earlier, CNBC clocked Biden at 46% approval to 48% disapproval. On his handling of the economy, Biden rates even lower, with only 35% of Americans approving of his job and 60% disapproving, down from 37% and 56% respectively in December. When it comes to the economy, Biden’s rating has fallen consistently over four consecutive CNBC polls.

Some 48% of respondents rated the rising cost of living as their number one concern, with the situation in Ukraine coming in second at 31%, followed by immigration (23%) and unemployment (20%).

The US Labor Department said on Tuesday that its consumer price index soared 8.5% in March from 12 months earlier, the sharpest year-over-year increase since 1981. However, some prices have increased by far more than 8.5%, with gasoline up around 40% in the year ending in March. 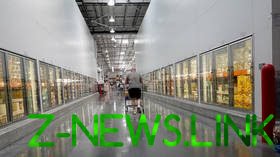 The Biden administration has attempted to blame soaring food and energy prices on Russian President Vladimir Putin and the military operation in Ukraine, telling consumers that “Putin’s price hike” is responsible for their bills. While the CNBC poll found that 55% of respondents believe this line, 49% blame Biden instead, and 69% blame disruptions to global supply chains.

Despite Biden’s attempts to pass responsibility to Putin, inflation in the US has been rising since Biden spent more money in his first eight months in office than former President Donald Trump did in 2018 and 2019 combined, and fuel prices have risen since Biden throttled domestic energy production immediately upon taking office.

While the White House initially passed off the present inflation spike as “transitory,” the Federal Reserve admitted as far back as December that this wasn’t the case anymore.

According to Thursday’s poll, 47% of the American public rated the economic situation as “poor,” the highest number in that category since 2012. Only 17% ranked it as “good.”

One in five Americans described their personal financial situation as “getting ahead,” with most saying they are “remaining in place,” and one in 10 saying they are “falling backward.” With 56% saying they expect a recession in the coming year, 84% said that they are cutting back on spending to make ends meet.