Home / WORLD / Biden’s new ‘good cop, bad cop’ routine with Russia runs risk of Moscow deciding it has nothing to gain from good US relations

Biden’s new ‘good cop, bad cop’ routine with Russia runs risk of Moscow deciding it has nothing to gain from good US relations 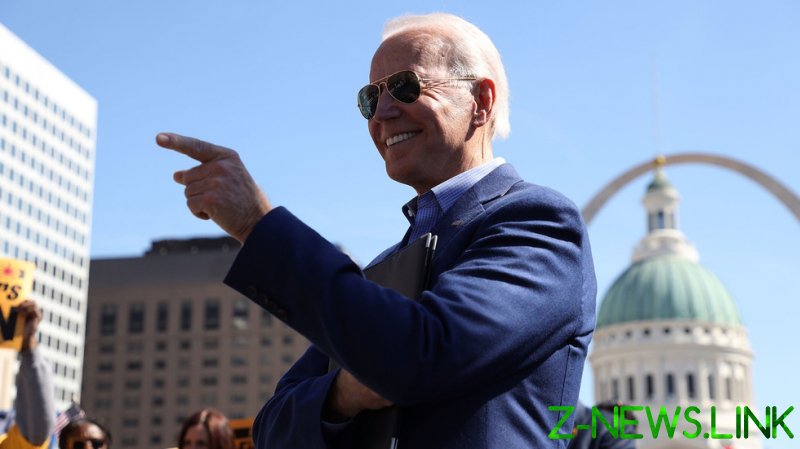 The measures, among the most extreme options available to Washington, ban American financial institutions from directly purchasing Russian sovereign debt, in response to unproven allegations that Moscow sought to meddle in the 2020 US presidential election. While Putin’s spokesman, Dmitry Peskov, insisted on Friday that the country’s economy remains “robust” despite the move, Biden’s intentions were clear – to signal to a domestic audience that he can ‘talk tough’ on Russia.

Few would have doubted, however, that Biden is capable of taking a confrontational stance with the country or its president. Relations between the two are still reeling from a series of comments he made about his Russian counterpart in an interview with the ABC news network, in which he was asked whether he believed Putin was “a killer.” “I do,” he replied.

Politicians in Moscow lined up to slam the remarks, which some described as an attack on the whole nation, while the White House refused to be drawn on whether Biden was speaking literally or metaphorically. In the wake of the row, Russia recalled its ambassador, Anatoly Antonov, for crisis talks with officials on the state of relations.

Deputy Foreign Minister Sergey Ryabkov explained earlier this month that Moscow was in no hurry to send Antonov back to his post “in the coming few days,” but that instead “the timings will be determined based on what steps Washington plans to take on the bilateral track.” For full diplomatic representation to resume, he said, the Americans would have to demonstrate “a desire to at least relatively stabilize our relationship and… do something visible and noticeable in this regard.”

It has now been a month since Antonov returned to Moscow, leaving Russia without an ambassador in the US at a time when tensions are rising rapidly. As well as the imposition of sanctions, an increasingly tense situation in eastern Ukraine, where Kiev’s forces have fought a series of bloody clashes with two separatist republics, has risked sucking both countries into a new military conflict. Russia has stationed troops on the border in response to increased NATO activity, and Ukraine has requested the US-led bloc ramp up its presence in the region.

That lack of diplomatic representation only worsened last week, as Washington moved to expel 10 of Moscow’s envoys alongside introducing the new economic restrictions. In a reciprocal move, Russia declared that the same number of American representatives would have to return home. In short, at a time when ties are fraught, and misunderstandings potentially catastrophic, fewer channels for communication exist between the US and Russia than in the past.

The escalating row is all the more jarring coming amid otherwise warm words from Biden. As part of his call with Putin last Tuesday, the US president proposed a crunch summit with his Russian counterpart. The Kremlin, however, appeared lukewarm about the idea, saying that it would not be possible to organize such an event within the “coming months” as proposed by the White House. The sanctions landed soon after the Kremlin gave its reply, having insisted that it wanted to wait to see how relations developed before Putin made a decision on a possible meeting.

Speaking shortly after announcing the new measures, Biden again attempted to strike a conciliatory tone. While condemning Russia for the alleged election interference and cyberattack claims, in the same breath he insisted that the US and Russia are “two great powers with significant responsibility for global stability.”

“Russia and Americans are both proud and patriotic people. And I believe the Russian people, like the American people, are invested in a peaceful and secure future of our world,” Biden added. “The United States is not looking to kick off a cycle of escalation and conflict with Russia. We want a stable, predictable relationship,” the official transcript of his remarks noted.

The president clearly hopes that these latest sanctions give him credibility with domestic politicians and commentators who want to see him deal with Moscow from a position of power. At the same time, the measures themselves, while extreme, appear to have caused little immediate harm to the Russian economy. Acting tough now, Biden likely believes, will give him cloud cover to potentially make more concessions and pursue better ties when a summit with Putin is eventually scheduled.

For the Kremlin, it will be hard not to look at the situation with both cynicism and an understanding of the political reality driving Washington’s approach. If sanctions are required now in order to make future negotiations more constructive, then there is hope for relations in the long-term.

However, it is a dangerous strategy. As well as simultaneously raising tensions and disrupting the machinery of diplomacy that could help de-escalate them, the latest trading of blows raises the stakes for future talks.

If relations are, as a number of officials have claimed, near rock bottom, Russia has little to fear from potentially making them worse. There has long been speculation in Moscow that Biden is simply unwilling or unable to pursue compromises with the country, or deal with it as an equal, which threatens to scupper any negations before they even really begin. Key concessions and Russian red lines, such as assurances that Ukraine will not join NATO, will be firmly on the agenda for talks, and if there is no movement towards any such diplomatic objectives, Moscow has little reason to even come to the table.

Instead, it is possible that Russian diplomats could end up viewing ties with Washington in much the same way they currently see relations with the EU – difficult to maintain given key political differences, and without any real consequence if they turn sour. There had been hopes for friendlier links earlier this year when Josep Borrell, the bloc’s chief envoy, visited Moscow in a cordial and constructive visit. However, facing criticism back home for its timing and positive tone, the former Spanish foreign minister was ultimately forced to lead the charge on Brussels’ own package of sanctions against Russia to prove that he too could act tough on the country.

The experience, apart from being a disappointment, appears to have confirmed Russian suspicions that all the warm words in the world won’t make much difference to the state of relations between their country and the EU. Foreign Minister Sergey Lavrov has since said there is currently effectively no working relationship with Brussels because of the breakdown of bilateral mechanisms, and it would seem Moscow is losing little sleep over it. Instead, its strategy appears to be to work directly with member states like Germany and Italy, which stand to gain from economic ties, while bypassing fuming Eurocrats who have few incentives to pursue reconciliation.

Biden’s ‘good cop, bad cop’ routine may give him the domestic support he needs to ultimately adopt a more nuanced policy on Russia, but it runs the risk of Moscow simply deciding it has little to gain from trying to fix the troubled relationship. If the plan backfires, what the US thinks and does might become less relevant than ever for Putin.