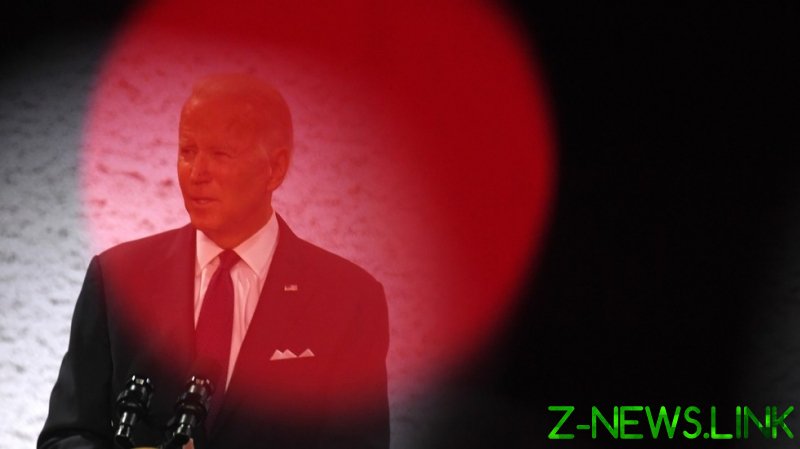 The White House is busy with preparations, and the leaks are already dripping.

A list of 107 invited countries has appeared, some seemingly included at random. Given its status as a bogeyman for the US left, it’s easy to see why Viktor Orban’s Hungary did not make the cut, but impossible to understand how the Democratic Republic of Congo (DRC) did, for instance. Even according to the Economist’s arguably flawed 2020 democracy ranking, the DRC was essentially the second-worst case of authoritarianism in the world.

And what about Poland? Yes, it’s still a sort-of-democracy, despite the efforts of its ruling elites to lay waste to the rule of law and the media. But it is also the state that has launched the worst attack ever on the primacy of EU, threatening to shatter Brussels’ power in a nationalist, populist move. But Warsaw gets an invite.

Clearly, when Washington decides who is welcome in its democracy-is-us party, geopolitics can trump principle. Hypocrisy is not unusual in international politics, even if the contrast between rhetoric and fact is glaring in this case. What is worse is that this attempt to shore up democracy could turn out to be useless, or worse, harm the very principles it claims to support.

One problem is that America’s international policies are driven by Washington’s interests, not its professed values. Critics have long pointed out that these interests clash with starting up a club of ‘democracies’ because the US needs to cooperate with states that are geopolitical rivals and that it does not recognize as democracies, such as Russia and China.

Adding yet another snub to difficult yet crucial relationships by excluding them from the big only-democracies-invited party makes no sense. Russian Foreign Minister Sergey Lavrov has already lambasted the initiative, denouncing the summit as an American attempt to have nations swear loyalty to Washington.

Moreover, relationships with the US’ allies do not benefit from this summit either, as international relations expert James Goldgeier and political scientist Bruce Jentleson have stressed.

Warning that the country would entangle itself in conflicts between ideology and interests, they predicted that even putting together the invitation list would produce trouble, as it now does. “A public snub of treaty allies,” such as, for instance, Turkey, “hardly seems the most constructive place to begin,” they noted.

Beyond narrowly defined interests, there is the risk of yet another self-inflicted loss of prestige. At this point, America going on about democracy is like oil giant ExxonMobil preaching about the environment or weapons maker Raytheon about peace, and parading a value abroad that isn’t being honored at home will just lead to ridicule.

If you think that that is putting it too harshly, let’s take President Biden by his word and look at the details. Here are the three “principal themes” that the White House is highlighting as essential to the summit: Defending against authoritarianism, fighting corruption, and respect for human rights.

Regarding human rights, the list of examples of their severe infringements by and with the help of the US – before, during, and after Trump – is long. Three examples must suffice. In Israel/Palestine, Washington supports the Israeli government which practices a criminal policy of ‘institutionalized discrimination’ or ‘apartheid’ against an oppressed Palestinian population, as acknowledged by Amnesty International, Human Rights Watch, and UN observers.

Meanwhile, at home, Washington runs a carceral state with an extraordinarily large prison population, drawn in an obviously biased manner from minorities, where “widespread violations of the human rights of prisoners” are an ongoing problem, according to the American Civil Liberties Union.

And speaking of prisoners, the single most important political prisoner in the world now, systematically abused for his trailblazing contribution to political transparency and thus democracy, is, of course, Julian Assange, an Australian citizen systematically hounded by the US and its UK ally. His human rights are already in tatters and at risk of deteriorating more if he is extradited to a vengeful US. The rule of law matters for democracy. The case of Assange shows that Washington is ready to trash it.

What about ‘fighting corruption’? According to a February 2021 Transparency International report, the US is continuing “its downward trend” in that area. Attacks on whistleblowers, a stellar contribution to money laundering, and a hefty siphoning-off of Corona-response funds for private gain are highlights of the state of the art. And that is an assessment from a US-friendly organization that tries to stay optimistic and supports the democracy summit.

But Transparency International’s idea of corruption (essentially embezzlement, bribery, and dark-money transactions) is too narrow. To capture the reality of America’s politics, you have to add its luxuriant lobbying, the dependence of its political class on business, and the state of the US media, where those peddling the most outrageous conspiracy theories (left or right), such as Rachel Maddow or Tucker Carlson, tend to make the biggest bucks.

Finally, ‘defending against authoritarianism’. That is, of course, an allusion to Washington’s favorite scapegoats, Russia and China. The idea here is extremely – simpleton-level – simple: Threats of authoritarianism come from the outside and the biggest ones, conveniently, from those states the US does not like anyhow, for geopolitical reasons. There are two problems with this conceit, old as the hills or, rather, the Cold War: If America really wanted to fight authoritarianism abroad, then it would do so where it has real leverage, namely with allies and clients, for instance with Saudi Arabia, Israel, Poland, or Zelensky’s Ukraine, which has also shown some worrying tendencies recently.

The second inconsistency here is that the US is most of all threatened by itself, that is, by growing authoritarianism from inside. From the insanity of an ideologized Supreme Court that is an arbitrary and partisan law to itself via the ongoing manipulation of the franchise to the militarization of policing, America is not in good democratic shape.

In fact, realistic observers have long classified it as even worse than a ‘flawed democracy’ (the Economist’s friendly assessment). For ex-President Jimmy Carter, it is an “oligarchy with unlimited political bribery” – a conclusion reached before Trump. If the word of an ex-president is not enough for you, a study by Princeton and Northwestern Universities came to the same conclusion. Perhaps today’s US is best described as an oligarchy with some receding democratic elements and at risk of turning right-wing authoritarian.

America’s only real chance at democratizing itself would be to reduce social inequality, curb the influence of wealth, and empower ordinary Americans. But that problem with the economic bedrock of democracy is exactly what its well paid-up political elite does not want to face.

On that basis, it makes no sense for Washington to call a summit for democracy. On the contrary, it is so clearly in contradiction with its real domestic and foreign policies that it undermines its remaining, battered prestige. Because you cannot help but ask yourself how blind and tone-deaf a government has to be to take such a silly step.

Perhaps some readers will be tempted to accuse the author of ‘whataboutism’ – ‘How unconstructive, Washington wants to do some good, and you go on about its flaws!’ Yet these are flaws that undermine its authority in precisely the area where it seeks to act. Others may point out that, this time, the US has stressed its – putative – willingness to learn and listen among equals.

That, too, is absurd. Biden has depicted his summit as part of Washington’s drive to reclaim ‘leadership’. But signaling humility while claiming leadership from the get-go only shows a severe lack of self-awareness. Also, if the US had been sincere about an open and equal approach, then the first thing to do would have been to hand over the power to invite to an international body. Once Washington alone selects who can and cannot attend, any pretense of a kinder, fairer America will fail to impress.