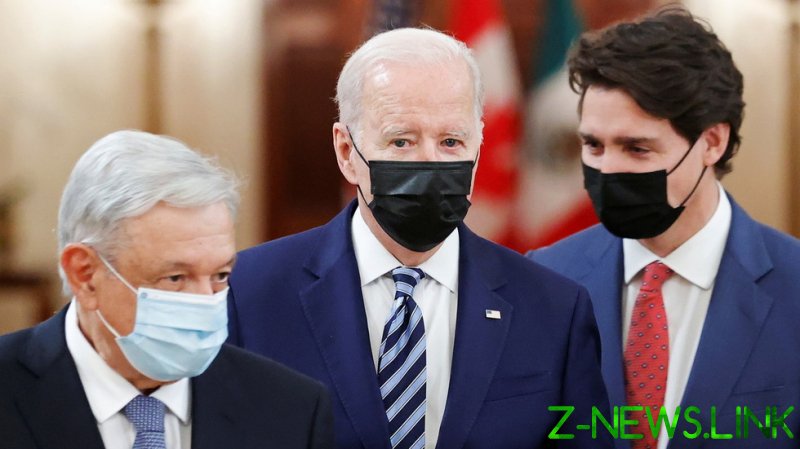 As someone who grew up near the Canada-US border in the last quarter of the 20th century, my country was directly dependent on a strong American economy and defense. Which is why I, like so many – particularly on the right side of the political spectrum – advocated in favor of it. But times have changed.

With this discrepancy between the fantasy of conventional warfare and the current ground-truth reality, exactly how many bombers and missiles do you really need to justify adequate deterrence?

Rather, the threats to our democratic way of life seem to be coming more often from within, from our own leaders who sing from the same globalist hymn book that readily sacrifices basic individual freedoms to what they like to call the collective good, while behaving in a manner that’s at best non-transparent and at worst corrupt.

We’ve seen it with everything from watered-down education and an insistence on diluting societal cohesion in the interests of promoting the most superficial forms of diversity, to demands that individuals completely surrender governance of their own physical being to the state’s one-size fits all approach.

When you’re weakening your populations from the inside, defending your country from the outside seems almost moot.

And as for the economy? With our democratic leaders deciding that the best way to ensure top-level profits for some of their most generous donors was to sell out the working class to cheap overseas labor in countries that they constantly berated as undemocratic, a “strong economy” became really just a relative term.

China didn’t become the global economic powerhouse, surpassing the US, by selling out its workforce. Which would explain why China has a growing middle class while North America doesn’t.

When they sold us out, not only did they cede the high ground but also any moral authority to dictate who anyone has the right to do business with. But, of course, they don’t see it that way. It seems that the more democratic a country considers itself, the more propensity it has for sanctioning and lecturing others.

So when US President Joe Biden invited Canadian Prime Minister Justin Trudeau and Mexican President Andres Manuel Lopez Obrador to the White House for a show of unity this week, one might wonder why Mexico and Canada didn’t have the self-respect to decline the invitation.

Canada and Mexico are like wives who have been exploited by the US for years, but are still expected to have dinner ready when their man calls home en route from the mistress’ house. Both are still leaning on the ease of geographic proximity in lieu of seeking out more unconventional partnerships that would decrease reliance on the US.

Canada, for example, is literally sandwiched between the US and Russia. If it wasn’t for the fact that the US would flip out and impose sanctions over increased cooperation with its polar neighbor for dated ideological reasons from a bygone era, it could have already broadened Russia-Canada opportunities beyond hockey.

But we’ve already seen what happens when the US doesn’t get its way. It placed Canada in the middle of a tug of war between itself and China when it demanded that Canada arrest a Huawei executive (the daughter of the company’s founder) on Canadian soil under the pretext of alleged violations of US sanctions against Iran.

Canadians have also seen the notion of Canada-US cooperation fly out the window the second that the US decides unilaterally — and to the detriment of its partner — the moment that it changes its mind. Such was the case when Biden ditched the long-standing Keystone XL pipeline project with Canada that had long represented a cornerstone of eventual North American energy independence.

Likewise, Mexico should really be increasing cooperation with its Latin American neighbors, except that some of them are also under American sanctions. For instance, in September, Obrador reportedly showed an interest in “Latin American integration” that would include US-sanctioned Venezuela.

“Mexican President Andres Manuel Lopez Obrador has proposed replacing the Organization of American States (OAS) with CELAC, a body that does not include the United States or Canada. His motion came in response to demands from countries such as Nicaragua, Venezuela and Bolivia, which have called the OAS an interventionist tool of the US,” reported Deutsche Welle.

But the US has already tossed a wrench into any of its partner’s plans for cooperation unblessed by America by issuing a $15 million reward for the arrest of Venezuelan President Nicolas Maduro on charges of “drug trafficking” — even though that’s something that’s far more associated with America’s Colombian allies than with the Bolivarian Republic.

So despite all the smiles and glad-handing at Biden’s North American Leaders Summit, lurking underneath the facade is untapped potential for the two countries who really should be working on a plan to wriggle free from an overly controlling relationship and start seeing other potential partners.