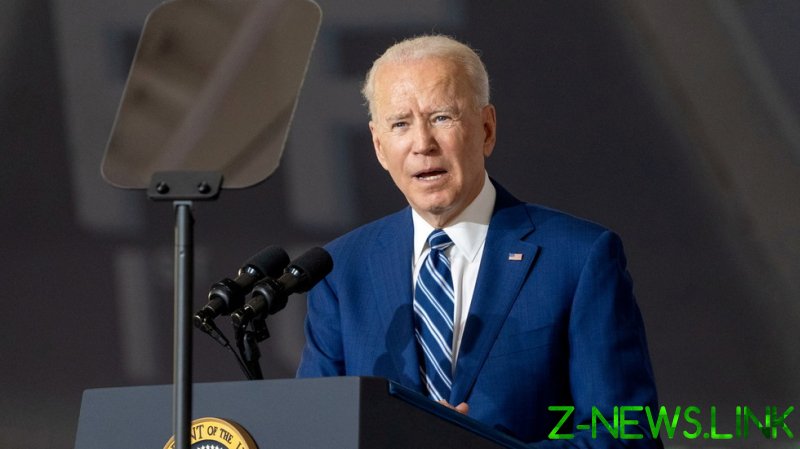 US President Joe Biden presented on Friday his fiscal year 2022 budget; perhaps the greatest show of exactly where the Biden administration’s priorities are in terms of policy. The budget calls for $6 trillion in spending and is being billed by some as a reimagining of how and for who the economy works, but its ambition (within the context of American politics) may put the rest of Biden’s legislative agenda at risk of never passing. This is bad news for the country as a whole.

“It is a budget that reflects the fact that trickle-down economics has never worked, and that the best way to grow our economy is not from the top down, but from the bottom up and the middle out,” Biden wrote in his budget message to Congress. “If we make that understanding our foundation, everything we build upon it will be strong.”

Indeed Biden’s first budget proposal as president is in stark contrast with the political status quo that has dominated Washington for decades. It would ramp up government spending to levels not seen since World War II by investing significantly into infrastructure and education at the expense of corporations and the wealthy.

But, the real power of the purse rests with Congress and that’s why Biden’s budget proposal is merely setting the stage for what is sure to be an epic battle once budget discussions renew at the end of the fiscal year (September 30). This timing is really bad for the Biden administration at a time when Democrats are piecing together an infrastructure package, called the American Jobs Plan, and trying to advance legislation to strengthen its core institutions.

That’s because the Senate has the filibuster, which basically allows any senator to require a bill to have a three-fifths majority (60/100) rather than a simple majority (51/100) to pass. With the Senate split evenly between Republicans and Democrats, and with how polarized the political climate is right now, the only way to force simple majority votes on legislation is through reconciliation, which is a procedure that expedites legislation by only requiring a simple majority instead.

In theory, this can only be used a few times per year – but the Senate parliamentarian said Democrats can use it again, and they are seeking to potentially use it on the infrastructure package. The problem is that, for whatever reason, they might not be able to piece it together in time to have it passed before the debt limit debate kicks off, meaning it wouldn’t pass anytime soon and by then the political opening for such a package could close.

When also assessing how fundamentally broken Congress is, consider that it’s still sitting on HR 1, a bill that would end partisan gerrymandering and create a nationwide automatic voter registration system, because even some Democrats in the senate refuse to do away with the filibuster – the only way to pass the bill through – in the name of some nonexistent bipartisanship. If nothing else, this alone speaks to the Biden administration’s inability to get serious about its own agenda.

All of this is a huge blow to America’s institutions, because the proposed legislation is not actually that ambitious in a larger context; it’s simple things like revisions to the tax code, minor electoral modernization, funding schools and building basic infrastructure, which seem to not be controversial in any other country in the world. Biden even backed off from key promises like student debt forgiveness and healthcare reform in the budget proposal.

But it’s also more dangerous when considering that the opposition party, the Republican Party, has essentially abandoned any support for civil society. For example, Republican leaders just snuffed out any attempt to create a bipartisan commission to investigate the January 6 Capitol riot. Why? Probably because their base has totally abandoned reason along with them.

According to a recent Ipsos/Reuters poll, 56% of Republicans believe the 2020 election was the result of illegal voting or election rigging. More shocking, 23% of Republicans “mostly agree” that “the government, media, and financial worlds in the US are controlled by a group of Satan-worshipping pedophiles who run a global child sex trafficking operation,” according to a PRRI report released Thursday.

This is the group that Biden and Democrats are in serious jeopardy of getting trounced by in the 2022 midterm elections, which would effectively upend the Biden presidency, and the 2024 presidential election itself if they fail to govern at a basic level. It’s no exaggeration to say that America’s basic institutions are teetering – and Biden appears to be asleep at the wheel.