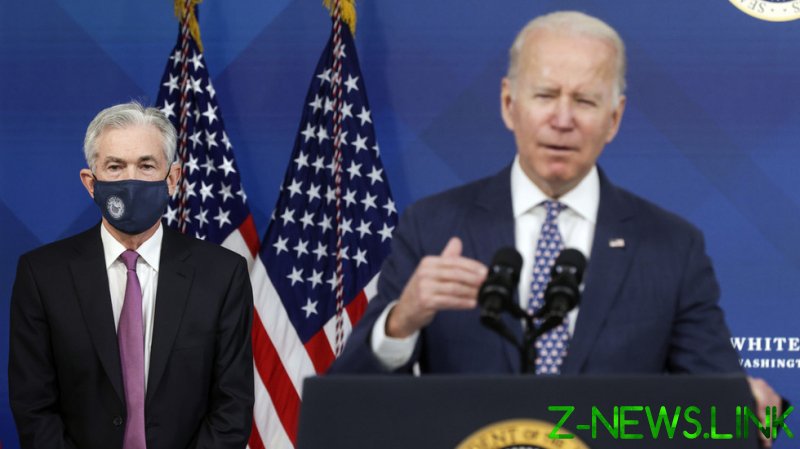 Fewer than half of US adults have “a great deal” or “a fair amount” of confidence in the abilities of Federal Reserve chairman Jerome Powell, US President Joe Biden, or either party’s congressional leaders to do “the right thing” for the economy, according to a poll conducted by Gallup during the first three weeks of April and published on Monday.

Equally troublingly, nearly half have “almost no” confidence in these leaders, who have repeatedly dangled rosy predictions of economic recovery in the face of a gross domestic product that actually declined for the first quarter of 2022.

Powell leads the pack, with 43% of respondents expressing confidence in his abilities, while Biden trails at 40%, tied with Republican leaders in Congress and two points ahead of their Democratic counterparts (38%). Those numbers have fallen precipitously over the past year as the inflation rate has more than doubled to its highest rate in over four decades. Despite reassuring words from their leaders, Americans are struggling to make ends meet, with many concerned there is no end in sight to the nation’s fiscal predicament.

As the US leaders’ favorable ratings have shrunk, negative public opinion has surged, with fully 43% of respondents – irrespective of party lines – claiming they had almost no confidence in Biden to do the right thing for the economy. Powell fared slightly better due to lack of name recognition, with 10% of respondents expressing no opinion about him, although 22% said they had no faith in his abilities either. Democrats in Congress inspired similar revulsion from 42% of respondents, while Republicans got away with 30% expressing almost no confidence in their abilities. 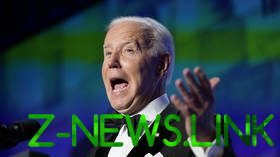 When broken down along party lines, both parties saw their approval ratings inflate significantly. A whopping 80% of Democrats expressed confidence in Biden, and 77% in their party’s congressional leaders. Even 61% expressed confidence in Powell, a Trump appointee who has continued to lead the Fed under Biden. Republicans were much less charitable, with just 8% expressing confidence in Biden, but 66% supported their party’s leaders in Congress. Just 31% of the party had confidence in Powell, who has struggled to control inflation after initially denying it was a major issue.

Independents, who make up a growing percentage of the American political body, expressed low confidence in both parties, with just 36% believing in Biden to do the right thing economically and 38% expressing faith in Powell. About a third support the Democratic and Republican leaders in Congress (32% and 34%, respectively).

Biden’s approval rating has fallen by 17 points over the last year, according to the pollster, while Powell’s has dropped 12 points and Democratic members of Congress have lost 11 points. Republicans fared comparatively well, gaining one point in confidence, though the previous year’s results had placed them at the bottom of the heap.

Biden’s current rating places him below even his predecessor Donald Trump, whose confidence rating dipped to 42% before reversing course in 2018. Powell, who had previously outperformed his predecessors in terms of public approval, has dipped to the levels occupied by the previous Fed chair and current Secretary of the Treasury Janet Yellen.

With few publicly stated plans to improve the nation’s economic outlook beyond increasing interest rates – which may cause more short-term suffering before reining in the inflation it’s designed to target – the feelings of Americans about their government are likely to continue declining before they improve, Gallup found.