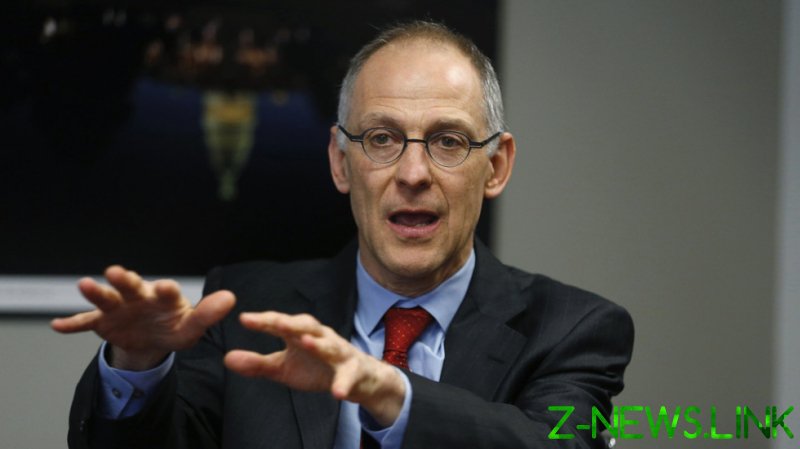 Biden’s team unveiled a 13-person expert advisory panel focused on managing the Covid-19 epidemic on Monday, in keeping with the campaign’s efforts to present Biden as the champion of science and reason. One of the panel’s goals, according to a statement from Biden, is “protecting at-risk populations” – the elderly, the sick, and those with multiple comorbidities.

But Emanuel is perhaps best known for supporting a limit on human life expectancy of 75 – an age, it’s hard not to notice, that coincides with a steep observed uptick in vulnerability to and risk of dying from the novel coronavirus. In a 2014 article for the Atlantic, the University of Pennsylvania medical ethicist argued the US shouldn’t worry that its population’s average life expectancy is among the lowest in the developed world, because living too long was just as bad as dying prematurely.

He was also one of the chief architects of the 2010 Affordable Care Act’s “death panels” – an ethical framework for rationing healthcare based on the age, fitness, and presumed future productive capacity of the patient. Emanuel has argued for decades that the young should be given priority in healthcare over the old, an argument he carried into this year’s coronavirus pandemic – and which has made itself felt in troubling ways both in the US and abroad as some hospitals sneaked ‘do not resuscitate’ orders into the folders of some of their most vulnerable patients.

Emanuel also stands accused of profiting off the confusing pandemic guidance implemented under the Trump administration, which shied away from blanket restrictions, leaving space for states to pass their own patchwork of regulations. As a consultant at COVID-19 RECoVERY Consulting, he is paid to decipher “confusing” science and offer guidance to businesses petrified of running afoul of rules that often come with fines or steep penalties attached.

If he is inaugurated, Biden will be the oldest president in American history at 77 years old. His detractors might argue he proves Emanuel’s points about late-life mental and physical decline – the medical ethicist lamented that those who stick around past their sell-by date are often remembered as “feeble, ineffectual, even pathetic.” And certainly, the doctor’s descriptions of septuagenarian decline seem written with the US’ bumper crop of superannuated politicians in mind. “Age associated declines in mental-processing speed, working and long-term memory, and problem-solving are well established. Conversely, distractibility increases…We literally lose our creativity.”

But given that Emanuel’s thesis for much of his work has been that living “too long” isn’t just harmful to the individual or even to the family, but to society at large – because finite health resources are being spent to keep aging ‘useless eaters’ on life support rather than curing the diseases of the young – some are alarmed at his return to making US healthcare policy.

In the Atlantic piece, Emanuel quotes a century-old medical textbook that deemed pneumonia “the friend of the aged” because it allows the elderly to gracefully shuffle off this mortal coil with an “acute, short, not often painful illness” rather than “those ‘cold gradations of decay’ so distressing” to friends and family – a description which could have been written about Covid-19. The pandemic roared through East Coast nursing homes “like fire through dry grass” in the words of New York Governor Andrew Cuomo, whose policies forcing nursing homes to readmit patients without testing them for the virus led to sky-high death rates among the elderly. But most of its victims died relatively quickly, especially compared to the drawn-out agony of cancer or Alzheimer’s dementia, both of which have devastated or killed far more Americans than the coronavirus.

Ironically, Emanuel’s brother Rahm is the former Chicago mayor who infamously advised politicians should “never let a crisis go to waste.” In the first two months of the pandemic, nursing homes accounted for nearly half of all Covid-19 deaths.

Emanuel is far from the only controversial figure on Biden’s coronavirus panel, however. Epidemiologist Michael Osterholm has almost gleefully warned Americans to “get ready” for a national lockdown and a hefty case surge during the inevitable “dark winter” predicted by Biden and his campaign. Obama’s Surgeon General Vivek Murthy is also on the team, as is Rick Bright, the former Trump administration whistleblower who claims he quit the Department of Health and Human Services over its supposedly-unscientific promotion of hydroxychloroquine, an off-patent malaria drug approved as emergency treatment for Covid-19 in many countries outside the US.