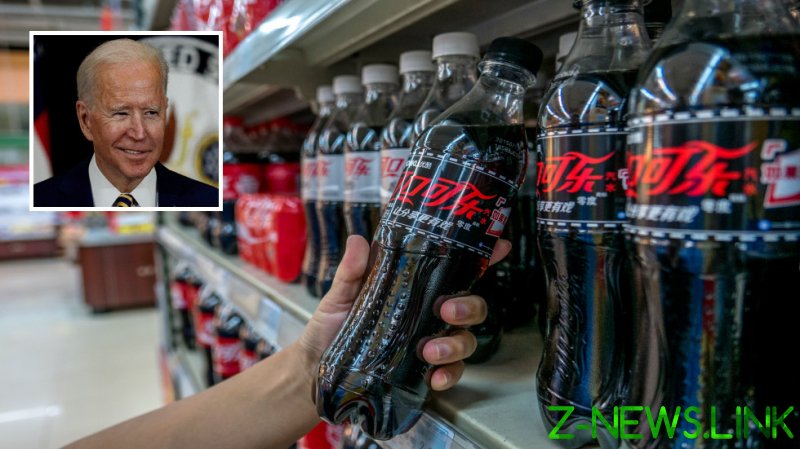 On Wednesday evening Joe Biden and Xi Jinping concluded their first phone call. The move might be described as breaking the ice, given the previous administration of Donald Trump and Mike Pompeo opted for all-out confrontation. Yet, the content of the call was hardly more amicable. The President stated that in the call he pushed Xi on a number of issues, including Xinjiang, Hong Kong, Tibet, “economic abuses” and “coercion” of Taiwan. He stated, however, that America would cooperate with China when it was “in their interest to do so” citing climate change and non-nuclear proliferation (North Korea).

At the same time as the call, the administration announced it was placing Trump’s entire China policy under review. It said there would be “changes” but also “continuities” of certain policies. Whilst it cast doubt on his use of tariffs, it stated nonetheless it would be looking to intensify “targeted restrictions” on the export of sensitive technology with China, signalling a continuation of Trump’s “technology war against Beijing” where he placed over 300 Chinese firms on the commerce department’s “entity list.” This begs the question, just how different is Biden’s policy on Beijing from Trump’s? The Republicans are already calling him soft, but this was always on the script.

Given this and the obvious domestic pressures driving him to be “tough,” Biden’s policy on China might be described as a ‘diet coke’ version of Trump’s confrontational stance. It’s not as chaotic, unpredictable or destabilizing, but it’s very much the same product repackaged in a more palatable way. The Biden administration continues to see China as a geopolitical competitor to be contained, even if it doesn’t market it with Pompeo’s fanatical rhetoric or take as big risks. So far, on technology, on the WHO, on the South China Sea, Taiwan etc, the policy is similar, even if there are smaller leniences here and there, such as dropping the silly attempt to ban TikTok, It’s a China policy which simply aims to be more strategic and less destructive.

“Mao Zedong was 70 percent right and 30 percent wrong” said his successor Deng Xiaoping, who, having attained power in 1978, advocated a path of reform and opening up in China. Mao’s legacy was not so much discarded and disgraced, as it was refined and reinterpreted on an honest assessment of what went wrong. Biden has adopted a similar approach to Trump’s legacy on China. Irrespective of Trump’s grim and divisive domestic legacy, the new administration has effectively stated Trump’s decision to get tough on China was right, even if the way he went about it was fundamentally wrong, and herein lies Biden’s new strategy. Whilst there are reviews of Trump’s policies currently underway, the tone the new administration has set isn’t that different in practice.

For the White House, if Trump was wrong on China, then it was because his methods were unilateral, uncooperative, destabilizing and chaotic, not because it was “wrong” to take on China in the field of trade, technology or the spat of disputes concerning Hong Kong, Xinjiang, Tibet, Taiwan, et al. A rising China still challenges American dominance and the world order it seeks to sustain. The decision to turn on Beijing is not a kneejerk reaction from Trump, as much there were many kneejerks within it, but a structural reaction from the American system which transcends party boundaries.

On this premise, many of the ideas Trump has set in motion will continue. For example, just yesterday the Biden administration criticized the World Health Organization for its report on the origins of the covid-19 out of Wuhan, stating it would not accept the results. Whilst this rhetoric was a step down from Trump withdrawing from the organization altogether and brandishing the term “China virus!”– it was essentially the same politics and politicization of the virus as before. What has changed?

Again, it’s merely the façade as opposed to the fireplace. It may be noted the Biden administration continually adds in its official rhetoric that it will “consult” and “work with allies” when it comes to China-related matters. In contrast to Trump’s chaotic and “America First” approach which sought to act alone and strongarm allies into following their will, the Biden administration wants to use consultation and multilateralism to try and create “consensus” against China on various issues. This is easier said than done. Whilst countries such as the UK have shown enthusiasm to this idea and seemingly ramped up their anti-China position, blocs such as the EU have shown open disdain for such an identity. It seems, nonetheless, that the bulk of this will be injected into the “free and open Indo-Pacific” rhetoric, which has been directly inherited from the Trump administration.

So what lies on the horizon? Biden will trim around the edges and focus on what is important, as opposed to relentlessly hammering everything China which the Trump administration did in its final days. For example, the attempt to ban the popular video-sharing application TikTok has been dropped, not because Biden is soft on China but simply because doing so has no strategic importance or relevance whatsoever. It’s about getting down to the fundamentals, and thus in the fields of technology which might be considered “strategic,” the aim is to effectively alter the balance of power, and the administration seemingly has every intent to continue the status quo approach. Measures which effectively impose costs on the US, such as tariffs, may also be reconsidered along the line, but that doesn’t mean Biden won’t take on China when it comes to trade and US jobs.

Biden and Trump may seem to represent opposite ends of US politics, but on this matter they have common ground. Their disagreement on China concerns method, not principle. Biden may make the US-China relationship workable again, but certainly not more friendly or embracing. Various tensions, and even sanctions, are going to continue on numerous fronts. Thus, as noted, what we see now is a ‘diet coke’ version of the reckless sledgehammer Trump took to the relationship, it’s not so much a recalibration as it is a rebranding. The fundamental objective, to sustain American primacy and hegemony in the face of a rising China, is not going anywhere.