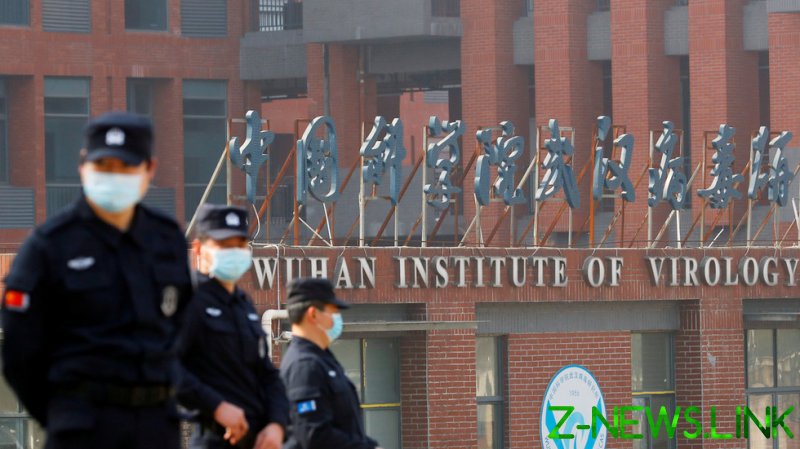 Asked about how the Covid-19 pandemic began at a Wednesday hearing, Walensky initially said that while she lacks the data to comment, most known coronaviruses have an “animal origin.” But pressed by Senator John Kennedy (R-Louisiana) on “other possibilities,” the agency head accepted that the virus may have escaped from a laboratory.

Certainly a lab-based origin is one possibility

Republicans have taken particular interest in the lab-leak hypothesis, with party members on the House Intelligence Committee releasing a report on Wednesday claiming the theory is supported by “significant circumstantial evidence.” The report also argues that experts “have failed to identify the original species that allegedly spread the virus to humans, which is critical to their zoonotic transfer theory.”

The lab in Wuhan – the Chinese city where Covid-19 was first detected in December 2019 – is China’s sole fully operational Biosafety Level-4 facility, making it one of only a few laboratories in China equipped to study the most dangerous pathogens.

Though the World Health Organization deemed the lab theory “extremely unlikely” in a report released in March, an open letter by 18 infectious disease experts published in the journal Science last week argued that “accidental release from a lab and zoonotic spillover both remain viable [theories].”

Walensky is not the first US official – nor the first CDC director – to acknowledge the lab theory. In March, her predecessor Robert Redfield, who served under President Donald Trump, outright endorsed the idea in an interview with CNN, saying he believes it is the “most likely” explanation.

Other ex-Trump officials have also continued to discuss the lab-leak theory, with former secretary of state Mike Pompeo stating that “every piece of evidence” he had seen “points to a leak from this laboratory” during an appearance on Fox this week, though he added that he “can’t prove it.”