Home / WORLD / Biden’s call for building anti-China blocs is like telling EU ‘cut off your nose to spite your face’, easier said than done

Biden’s call for building anti-China blocs is like telling EU ‘cut off your nose to spite your face’, easier said than done 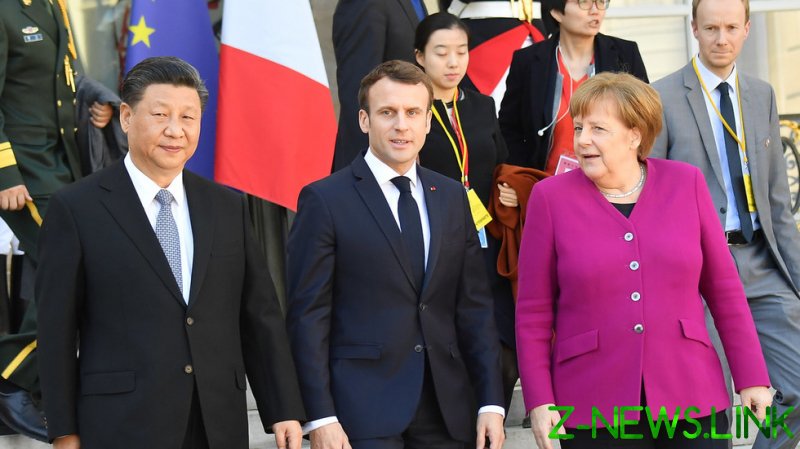 On Monday night Biden made a premier speech setting out his foreign and national security policies. Although Western coverage of the address was overshadowed by controversies pertaining to Donald Trump refusing to cooperate on the transition, it was no surprise that he placed primary focus on China.

The former vice president pledged that “As we compete with China and hold China’s government accountable for its abuses on trade, technology, human rights and other fronts, our position will be much stronger when we build coalitions of like-minded partners and allies,” thus pledging to continue Trump’s hardline policy against Beijing with less of an ‘America first twist’.

Except, such a thing is easier said than done, and obscures the reality: the Trump administration’s unilateralist policy did not detract from it seeking to enlist US allies against China, and to speak of it Biden is already starting on the back foot.

As 2020 draws to a close, Beijing has wrapped up the year with two highly significant agreements. Firstly, the Regional Comprehensive Economic Partnership (RCEP), a mammoth trade agreement spanning the Asia Pacific. Secondly, as reported this morning, it has successfully finalized a comprehensive investment treaty with the European Union – despite the new US administration’s open eagerness to build a “transatlantic alliance” against Beijing.

These two agreements are both massive blows to Washington’s effort to contain and isolate China. They reveal a failure by both Trump and Biden to understand that China is an economic superpower that is deeply integrated into the global economy, even amongst allies, and subsequently has more than enough leverage to hold its own against America – not least on physical trade whereby it dominates global exports and supply chains.

The liberal mainstream media truly assumed that the only reason allied countries and, in particular, the European Union, did not sign up to comprehensive anti-China objectives was simply because of Trump’s off-putting and risk prone behavior, rather than accounting for legitimate interests these countries have.

The mainstream media seem to advocate a belief that because Biden ticks the right ideological boxes, it will be easier for him to enlist allies against Beijing than it was for Trump. Commentariat circles have long advocated the view that Trump’s widespread unpopularity and ‘America First’ policy, despite his heavy handed approach on China, was more detrimental to Washington’s interests because the administration alienated allies. In line with this, it is assumed that this is the reason the EU did not go all in against Beijing, and that subsequently under a Biden administration which would be a more zealous proponent of transatlanticism, it will naturally follow its “true interests” in doing just that. Therefore, liberal outlets such as the BBC framed Biden’s victory as being “bad for China.” Why? Because apparently, he will succeed in getting other countries to follow.

But the narrative that countries sought out deeper economic ties with China simply “because of Trump’s repulsiveness” and unpredictability is ridiculous and makes the ideological assumption that a liberal American president who is “not awful” can always succeed in getting the world to do what he wants by kinder engagement. Do countries really pivot their long-term foreign policy strategies purely depending on the personality in the White House? Of course certain policies matter, yet on a broader assumption this misreads pretty much everything about how international relations work. The Obama administration for one had no such luck when it came to China. When Beijing established the Asian Infrastructure Investment Bank (AIIB) in 2015, Obama told allies not to join it, they did anyway.

Given this, the idea that certain countries will be “more inclined” to follow the US under Biden and otherwise don’t have their own real respective interests when it comes to China is misleading and simplistic. Like every other president, Biden will find he has to negotiate, compromise and might not always get everything he wants. Countries might see value for engagement with the US on some matters related to China, but not others. This makes building a “coalition against China” easier said than done because as a whole, Beijing remains a core of the global economy and an extremely important partner, of which confronting brings considerable downsides, and shared values do not automatically mean a certain country shares the same geopolitical perspective or is eye to eye.

In this case, even if the rhetoric is less heated and less offensive, talk of building blocs against China seeps into the same very binary Cold War rhetoric which Pompeo is preaching now, which hasn’t really got many takers. The EU’s approach to China, for one, is focused on delivering and securing European interests primarily. Through engaging with China, it now has better economic terms than what the US has. Whilst there is some overlap with the Biden administration’s view capacities, why would the EU completely devote itself to a US crusade which doesn’t serve its own interests? Why would you cut off your nose to spite your face?

Too many people are making the assumption that because Biden is a liberal, the conception of “American interests” doesn’t matter anymore as his approach is “universal.” In reality, the incoming presidency doesn’t have all the cards because it is entering an environment where Beijing is already a major player and has doubled down on huge agreements which have effectively served to isolate the US.

Beijing’s tacit ability to make compromises and concessions to consolidate its global economic position have outflanked Washington, and other countries aren’t going to flip to the American position any more than they did during Trump’s presidency. At best, Biden is playing catch up. Be it under Trump, Biden or whoever, US foreign policy is always overtly idealistic than realistic, and therefore the China challenge poses no straightforward answers or solutions.