Biden’s ‘beholden to big money & defense industries,’ but pressure on him to heed progressive agenda’ – Sanders’ brother to RT 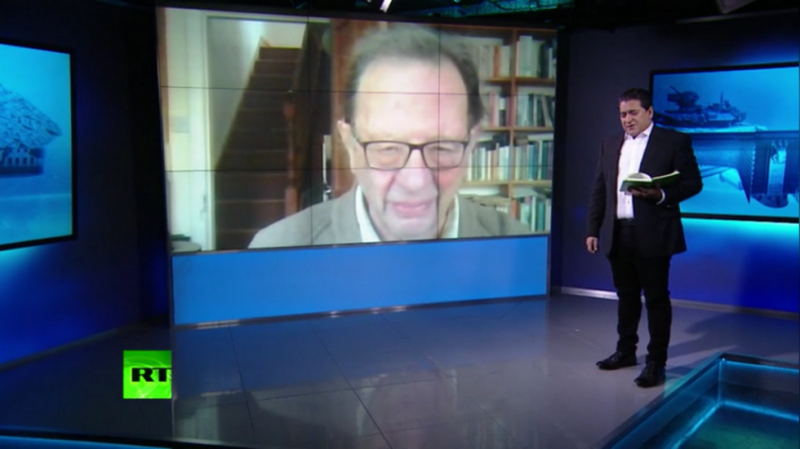 Brother to US Senator Bernie Sanders and the Green Party Spokesperson on Health and Social Care (England & Wales), Larry Sanders told RT’s Going Underground host Afshin Rattansi that while Biden was not his “choice” for president, he prefers him over the current incumbent, President Donald Trump.

Trump’s opponents have long sounded the alarm that he might unleash the full power of the US military on protesters, as Black Lives Matter rallies against police brutality increasingly descended into violence in the months leading up to the November elections. Sanders echoed the sentiment, saying such a scenario would have been “an incredible step back” and arguing that it “may happen yet.”

While the Trump campaign alleges election fraud, filing legal challenges with election officials all over the country, Sanders argued the US election result was a done deal, and that Biden emerged as the winner. However, he noted that Trump continues to wield immense political clout.

“Trump is a very powerful figure in American politics, even though he is lost,” he said.

Speaking about the Democratic Party’s treatment of his brother, Sanders said that, unlike during the 2016 race, the establishment acted in a more civil manner when rallying behind their preferred candidate this time around. But the nature of the party didn’t change, he argued.

Biden is, on the face of it, is probably a little bit less aggressively nasty than Clinton, but the crucial thing is not those campaign oppositions, the crucial thing is that a large chunk of the Democratic Party is a very right-wing party and it operates in that fashion.

As a fixture of the establishment, Biden will follow the interests of corporate money and the military-industrial complex rather than anybody else’s, Sanders noted.

He argued, however, that there is “pressure” for Biden to follow the blueprint for his presidency unveiled in a report from a joint Biden-Sanders task force in July. The document reflects progressive policies of the Vermont Senator and those of his supporters, including on climate, health care and social security.