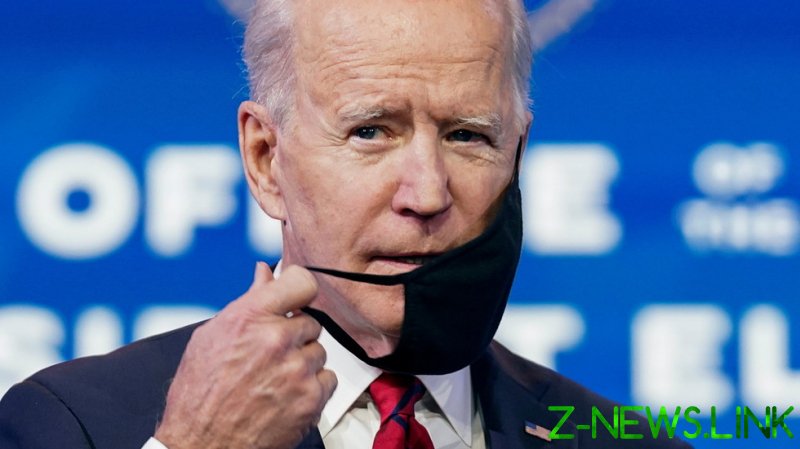 Earlier this month, Joe Biden announced he would be targeting Republican-led states over mask mandates. Though different methods had been discussed when considering exactly what legal technicalities it was looking to use to do this, Biden’s administration eventually revealed it would be investigating several states for “civil rights” abuses. The states in question are Utah, Tennessee, Iowa, South Carolina, and Oklahoma. The alleged “goal” of these investigations is to establish whether or not it’s a violation of the civil rights of children with a heightened risk of Covid-19 exposure, because they cannot attend a school without a mask mandate in place.

The logic behind this line of investigation is downright silly. Aside from the simple fact that the lack of a mandate doesn’t mean there are no masks whatsoever, how, pray tell, is this argument going to work in court? How can the administration argue that keeping a child at home because of their heightened possibility of contracting this virus is against their civil rights, while millions of children had to suffer the exact same thing not one year ago? On top of that, are they going to suggest that the rights of parents to make the decision for their children on whether or not to mask up is superseded by a small number of children who might be at a higher risk from the disease?

I am at best skeptical of the modern American justice system, so one can never rule out that a court could make a ridiculous ruling in this regard, should it get that far, but what I do believe is undeniable is that this will spark deep resentment if it does come to pass. My heart goes out to the kids stuck home even when all of their friends are able to go back to school. Being stuck at home (for lack of a better term) sucks, and children need to socialize for their own development. But, at the same time, how can it be fair to place restrictions on all the kids who are likely at next to no risk, according to the CDC data, because just a few children are, unfortunately, more vulnerable?

Of course, this is just another game in Red vs Blue. Biden’s administration has no problem surrendering to the Taliban, but the Republicans? That’s a different story. They’ll fight the Republican Party wherever they can, but it’s a war that they’re very unlikely to win. 2022 midterm polling already isn’t looking good for the Democrats, and Biden is likely to turn into even more of a lame duck than he already is. This kind of vexatious interference from the federal government is simply going to make the divide even deeper. It’s simple logic: the best way to make someone your enemy is to treat them like one, and Biden and his party have done a tremendous job of framing the political right as exactly that.

There’s just one problem. The dumbest thing you can do if you want to win in a democracy is annoy the voters.