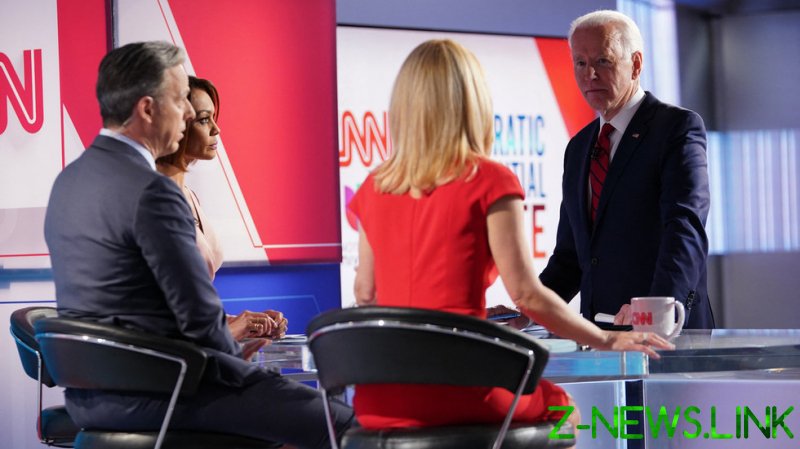 The presidency of Joe Biden, perhaps more than any other president, is shaped by the media. This has to do with the fact that Biden rode into power on a flurry of positive media coverage during the primary elections in 2020 – but has now seen his approval rating sink to an average low of 47% thanks to wall-to-wall criticism in the media following the country’s withdrawal from Afghanistan, in addition to a resurgence of Covid-19 infections fueled by the Delta variant.

There’s little doubt that the US-led alliance’s withdrawal from Afghanistan has been a disaster, but this is indicative of systemic issues within the US security state and the global security structure it relies on. Biden is the president and ultimately the buck stops with him on such matters, this is true, but there have been multiple administrations from both major political parties involved in Afghanistan.

Of course, US media’s criticism of the withdrawal never points to the war itself as a moral crisis, especially the war crimes committed by the US-led alliance. They also lie by omission by, first of all, having virtually ignored the war in their coverage until now, not mentioning key context like the the so-called Afghanistan Papers that revealed how the US had no concrete objectives in the country or the fact that the Taliban probably wouldn’t even exist today were it not for US intervention in the country in the 1980s.

Instead of elevating voices critical of the war, the media has given preferential treatment to heavily biased voices, such as retired high-level military officers with lucrative deals with defense contractors (part of the so-called Military Industrial Complex) or politicians funded by these same groups. They’ve also laser-focused on issues that appeal to people’s emotions, such as the future of women in Afghanistan, which, according to internal documents leaked by WikiLeaks, is literally a PR strategy developed by the CIA to drum up support for the war.

Again, this is not to say that the US withdrawal itself played out great, as this afternoon’s bombings in Kabul lay bare, or that the future of Afghanistan and Afghan women is not important. But this slant is designed to suggest that the withdrawal from Afghanistan – not the war itself – was the disaster, with the logical conclusion being that the US should have stayed. It implies that ‘forever war’ is the answer to any such crisis. And it has actually worked astonishingly well, considering the fact that the war in Afghanistan has been the most unpopular war since modern polling was implemented.

In an NBC News poll taken August 14-17, 61% of Americans said that the war in Afghanistan was not worth it, which was virtually unchanged since a similar poll was taken in 2014. Another CBS News/YouGov survey conducted from August 18-20 found that 63% of Americans approved of the US removing troops from Afghanistan – but 44% of them said the removal had gone very badly, 30% said it had gone somewhat badly and only about a quarter said it had gone somewhat well.

Despite how much support the decision had, Biden’s approval rating has still plummeted on this issue, and in general, thanks to this exceptionally hostile media coverage that the Biden administration – including Biden himself – has been publicly frustrated about. It is truly an extraordinary disconnect.

But of course, the media is not totally to blame for Biden’s woes since domestic issues tend to be the most important for American voters, which in this case is the government’s handling of the Covid-19 crisis. Biden was pretty much voted in because of how abjectly bad his predecessor, Donald Trump, had botched this issue. And while Biden was making headway here, the US is seeing a disastrous rise in infections and deaths that he had suggested – despite the clear scientific evidence to the contrary – would not happen again.

The Biden administration, because of this, has been forced to walk back things like recommendations on mask-wearing and has been wrestling with the fact that vaccine mandates are an unavoidable necessity to get people inoculated. All of these things will create friction between various voter blocs that had believed the country’s battle with the novel coronavirus was over during, as Biden called it, the “summer of freedom.”