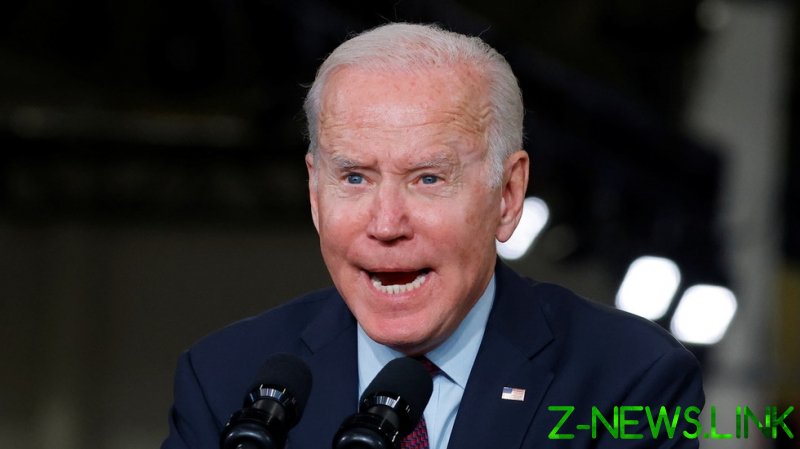 Just 36% of Americans approve of Biden’s job performance, compared with 53% who disapprove, according to a Quinnipiac University poll released on Thursday. While Republicans and Democrats were predictably polarized, independents were decisively negative on the president’s performance, with 56% disapproving.

The results are compared to a 38% overall approval rating for Biden in Quinnipiac’s survey last month – and are a far cry from the first few months of his presidency, when nearly 60% of Americans approved of his performance.

As recently as July, an Associated Press poll pegged his rating at 62% among independents. A Gallup poll released last month also showed that Biden had suffered the biggest decline in approval rating for any new president since Harry Truman tried to fill the shoes of his deceased predecessor, Franklin Roosevelt, in 1945.

Biden’s waning popularity is a troubling trend for Democrats as they head into the 2022 election. Quinnipiac’s poll found that Americans want Republicans to take control of the House of Representatives and Senate from Democrats by margins of 46 to 38 and 46 to 40, respectively. Independents favor Republicans in the congressional races by a 10% margin – 41 to 31 in the House and 44 to 34 in the Senate.

When asked an open-ended question about the most important problem the US faces today, respondents cited several common concerns: division and polarization, at 11%; economic woes, 10%; the border crisis, 8%; and inflation, 8%. Only 5% cited the Covid-19 pandemic.

The number of illegal aliens crossing the US border is at its highest in six decades, and inflation hit a 30-year high in October.

Only 34% of respondents said they approve of how Biden is handling the economy, compared with 59% who disapprove, according to the Quinnipiac poll. His grade on foreign policy was similarly negative, with 33% approving and 55% finding fault.

About half (51%) said they don’t believe that Biden is honest, the Quinnipiac poll found. Only 41% of respondents (including 32% of independents) said they think the president is honest. The poll showed that most Americans (57%) disapprove of his leadership skills, and 56% of respondents said they don’t find his administration competent. About 52% of survey participants disapprove of Biden’s Covid-19 vaccine mandate for large employers, while 46% approve.