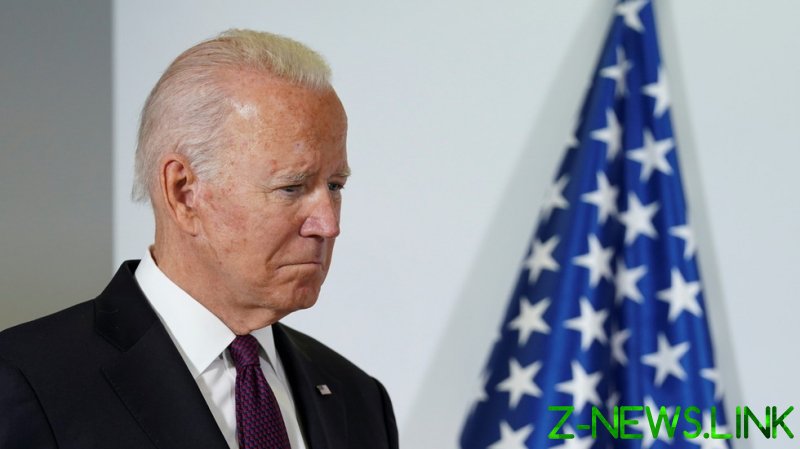 The NBC News poll, released Sunday and conducted among 1,000 adults in the US, represents only the latest disappointing poll numbers for Biden. His approval has been steadily slipping in most surveys, including those conducted by NBC, with the latest job approval rating standing at 42%, a dip from 49% in August and 53% in April.

More than half of respondents said they disapprove of Biden’s job performance, which is an increase of 6% since August.

Seven in 10 respondents said they believe the country is also headed in the wrong direction under the Biden administration. Broken down by party, 93% of Republicans say the country is going in the wrong direction, while 70% of Independents agree. While Biden’s polling is typically much better among Democrats, even 48% of their supporters said things are not headed in the right direction.

Only 22% said the country is actually headed in the right direction, according to the polling data.

Respondents were more split on which political party should control Congress after the 2022 midterms (47% for Democrats, 45% for Republicans), and over half of those surveyed believe the US’ best years are already behind it.

A recent ABC/Ipsos poll found the president’s overall approval standing at only 45%, with 49% of respondents saying they disapproved.

Biden’s approval ratings have slipped as his administration has dealt with a number of issues, including record numbers of migrants at the southern border, the Covid-19 pandemic and controversial vaccine mandates, as well as supply chain and staffing issues causing disruptions in multiple industries.

The president has also struggled to push his massive $1.75 trillion spending bill, which includes infrastructure and climate spending, through Congress as Republicans have stood staunchly against the massive price tag, along with key Democrat senators like Kyrsten Sinema. On this specific issue, Biden received more bad news on Sunday, with an ABC poll finding that 7 out of 10 Americans know very little about the spending package, and only 25% think the spending would actually benefit them.

Biden’s polling unpopularity has given his critics plenty to point to when blasting the president’s agenda, and many signaled the NBC poll and its 70% disapproval as perhaps one of the worst polls for the Democrat yet.