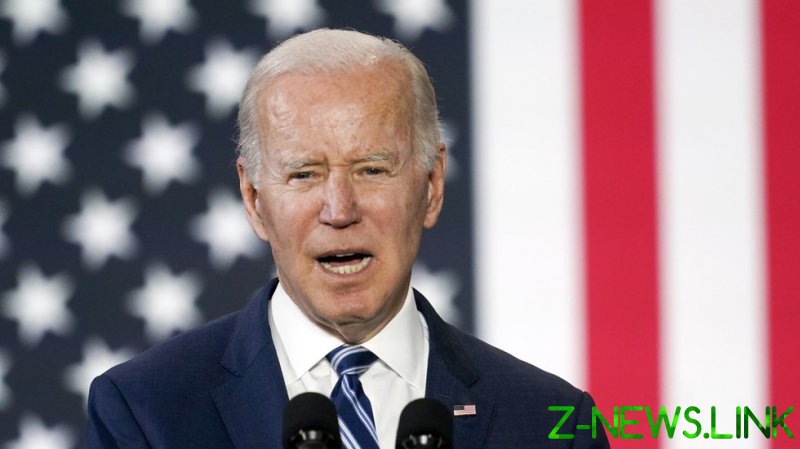 White House Press Secretary Jen Psaki said on Friday that President Joe Biden will not be visiting Ukraine, a day after Biden himself said he’s ready to make the trip. A procession of world leaders have traveled to Kiev in recent weeks, and although Biden won’t be joining them, Republican lawmakers are already there, demanding more arms for the Zelensky government.

Asked on Thursday whether he’s ready to travel to Kiev, Biden told a reporter “yes.” However, Psaki appeared on the ‘Pod Save America’ podcast a day later to pour cold water on these apparent plans.

“He’s ready for anything,” Psaki said of Biden, before adding: “we are not sending the president to Ukraine.”

While Biden has pledged US support to Ukrainian President Volodymyr Zelensky’s government, a trip to Poland last month was the closest he personally came to Ukraine since Russia launched its military offensive there in February. Psaki said on Friday that actually entering Ukraine from Poland would involve an “eight-hour train through a war zone,” something that is “not in the plans for the president of the US.” 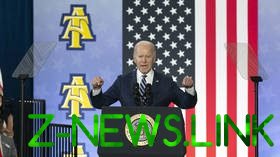 Then, as now, the White House insisted that Biden would not follow in Johnson’s footsteps. Instead, “he sits in the Oval Office and in the Situation Room on a daily basis, organizing and coordinating the world when it comes to the delivery of weapons,” National Security Adviser Jake Sullivan told NBC News on Sunday.

However, the White House is considering sending a top official – likely Secretary of State Tony Blinken or Defense Secretary Lloyd Austin – to Kiev as a show of support, Politico reported on Wednesday.

Biden authorized the latest US arms shipment to Ukraine on Wednesday. The $800 million package includes heavy artillery, helicopters, and autonomous kamikaze drones. According to a CNN report on Friday, the first flight of this shipment is expected to arrive in the region within a day.